We Book: March and April

I still can't believe it's May. Today I wanted to share our first  "We Book" pages.

I mentioned earlier that I wanted to make a page for a book highlighting the important events of the month. I also wanted only one picture that encapsulated (whoa, big words Lauren) the feelings of the month.

I was tempted to go back and do January and February so that the book would start at the beginning of 2013, but then I told myself to stop being such a perfectionist and to focus more on the feelings of the month in question. 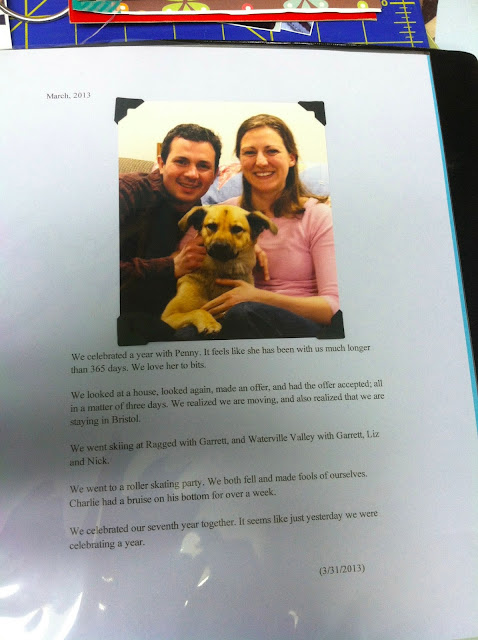 It's a bit plain but I figure it will be easier to keep up with if and when things get a little crazy with renovating, painting, outdoor care etc. I'd rather all the pages be plain than have some that are over the top bedazzled out and others that are thrown together in 10 minutes. I think I'll stick with it for longer (forever?) if creating a page only takes a few minutes.

For March I wrote the page in one day. For April I saved the template and added to it to remind myself of things that had happened. Even thought I am not big on the news, I did include something about the Boston Marathon Bombing, just because it was pretty big and impacted us in some way. The events are not exactly in order. I wanted the house buying to be the first thing, since it was the biggest, even though it happened at the end of the month. The picture I used first is terrible, I can't tell which of us has the worst hair. Looking back it was the only picture I had of us for the whole month. 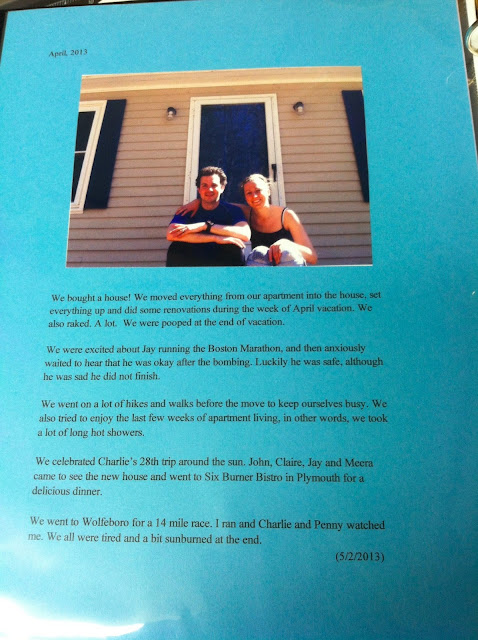 After printing it out I remembered that our realtor had taken pictures of us too, so I asked her to e-mail them to me. I put the new one right over the first one, so I suppose if you wanted to you could see both pictures since the new one is only held in by the black tabs. 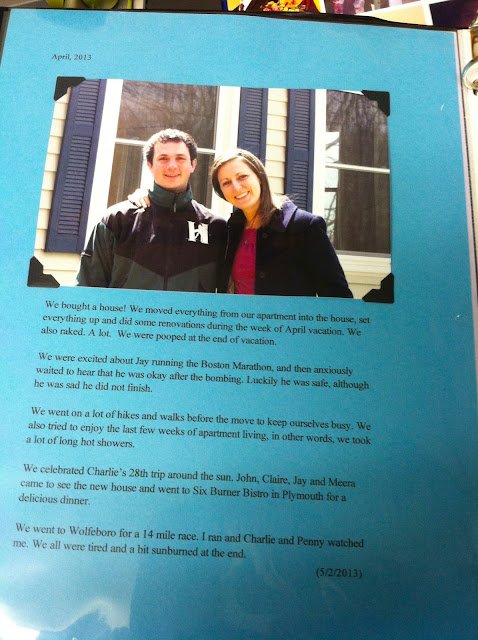 I like this idea so far. We shall see if I am able to keep up with it. As of right now the two pages are just in a binder. I'd like to get something a bit nicer at some point. I'm also thinking of ideas for a cover and a first page.