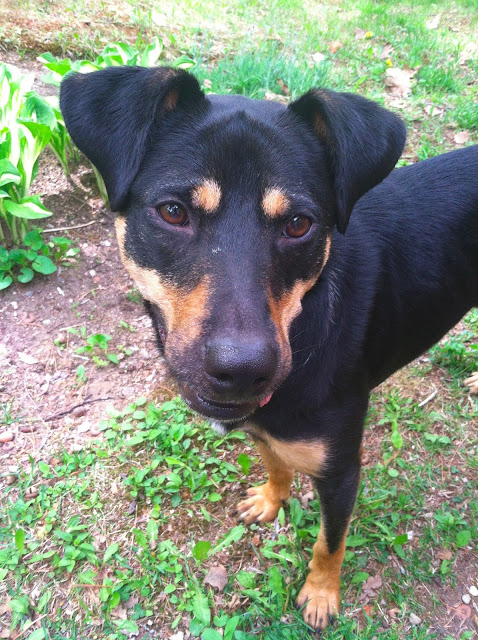 This is Blaze. The newest member of our family. His arrival was quite sudden, but we love him and he's a great addition to the pack. Charlie has been waiting another dog since before we moved, we've looked online a bunch of times but never felt strongly about any of the available dogs. Last Wednesday I saw his picture online and thought he looked really cute. His write up said that he was friendly, playful, and would make a good second dog for a home. We e-mailed the people at the rescue agency to ask about meeting him. Within a half hour we got an e-mail back saying if we filled out the adoption form we could meet him over the weekend. After a phone interview, we got the go ahead and were scheduled to meet "Ted Baxter" on Saturday. The people from the agency even drove him to our house and dropped him off. He came at 6 pm on Saturday. He did not respond to Ted or Baxter, and we had agreed that if he didn't answer to those names we would call him Blaze. So as soon as the people left we started calling him Blaze. Penny and Blaze spent some time getting to know each other, we went for a walk, played fetch and went to bed. Sunday morning we woke up, Blaze was being crazy, dragging us on walks, chewing the side of the couch. I had a mini crisis/breakdown feeling like I ruined Penny's life, was on the path to having a new to us yet destroyed house, couldn't love another dog as much as I love Penny, and jumped into this too quickly. I cried and told Charlie how much I liked my life before Blaze came and felt like we were starting over. Blaze put his tiny head on my leg and looked at me with sad puppy eyes. Then I decided to accept that Blaze is here to stay, realize that he needed a good happy home, and we can provide that for him, and accepted that quilts, socks, shoes and bathmats need to be hidden for a while. 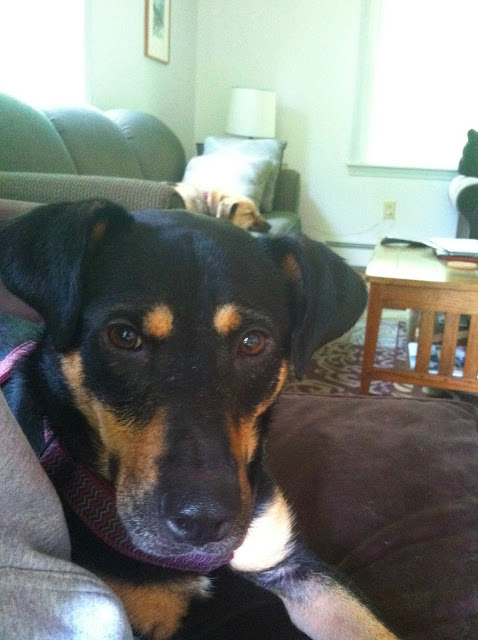 Penny is the classic big sister; ignoring Blaze and playing with him on her terms, stealing his toys, beating him up. They do get along quite well though. 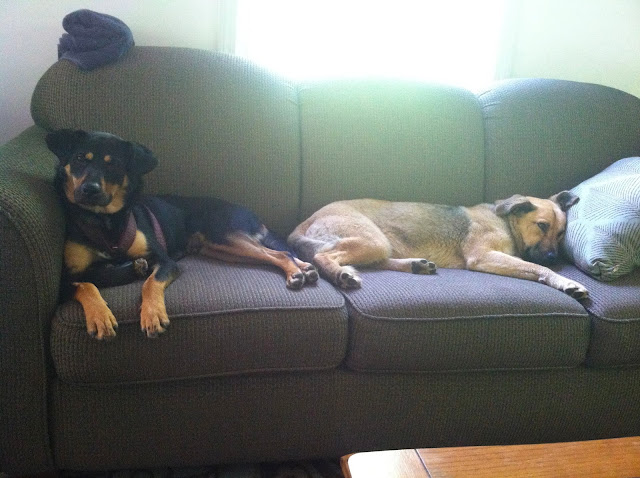 Blaze is the typical younger brother; biting Penny's legs and neck, trying to be close to her at all times, following her everywhere. 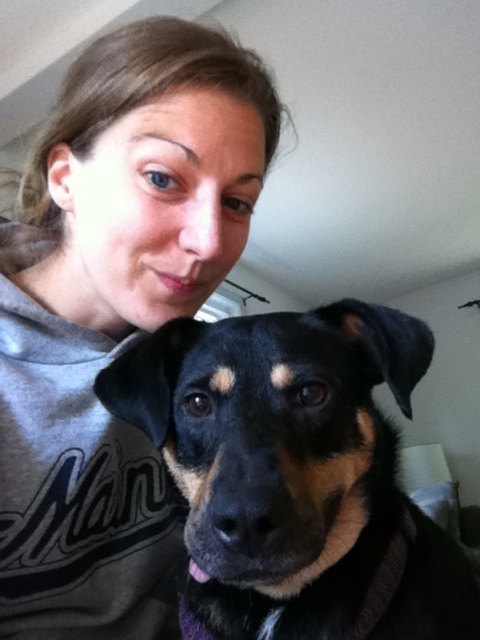 He is a fast learner, he learned to sit in one day. Now, if I could teach him not to steal socks or shoes. The website said he was 2, but I think he's closer to 1 and acts a lot like a puppy. Good thing Penny runs him ragged so he's pooped most of the time. Except at 5 am, which is when he thinks it's time to wake up and play. 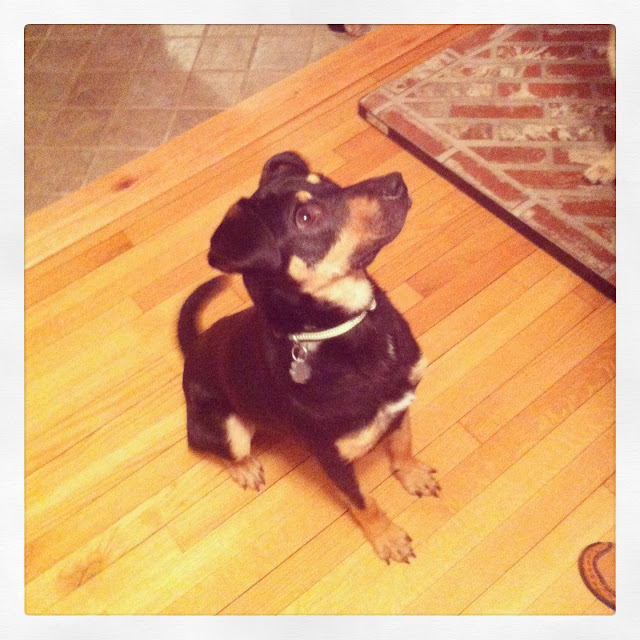 The best part is he stays in the yard and can walk/run off leash. He is so cute and friendly and loving.