This past weekend Charlie and I went to New York City for a wedding. It was so much fun. After work and track practice on Friday we met in Concord and started driving. I don't know how it happened but ever since we got married Charlie drives everywhere. We used to do more 50/50 driving, not I hardly ever drive. I love it. It allows me plenty of time to nap, take pictures, look at things and scan the radio. 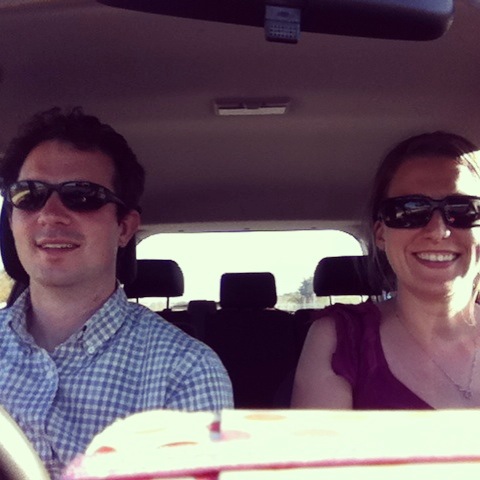 It also allowed me to find where the closest Sonic was so we could stop for food. Charlie and I have loved Sonic ever since our road trip cross country in 2009. He loves the tots and I love the Sonic Blast, which is ice cream with M&M's mixed in and whip cream on top. 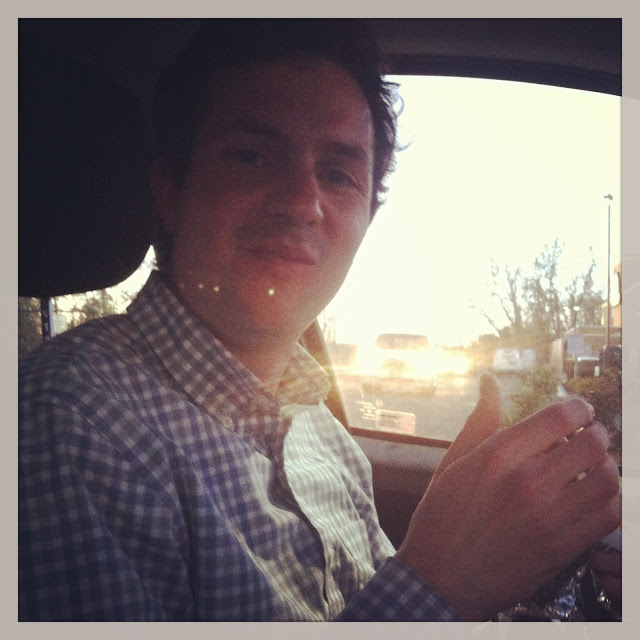 After lots of driving and then driving in circles to find a parking spot we made it to Brooklyn. We stayed with my aunt and cousins in Brooklyn Heights. In the morning I could not sleep in so I painted my nails on the deck of their apartment. It was gorgeous. I could have sat there all day. 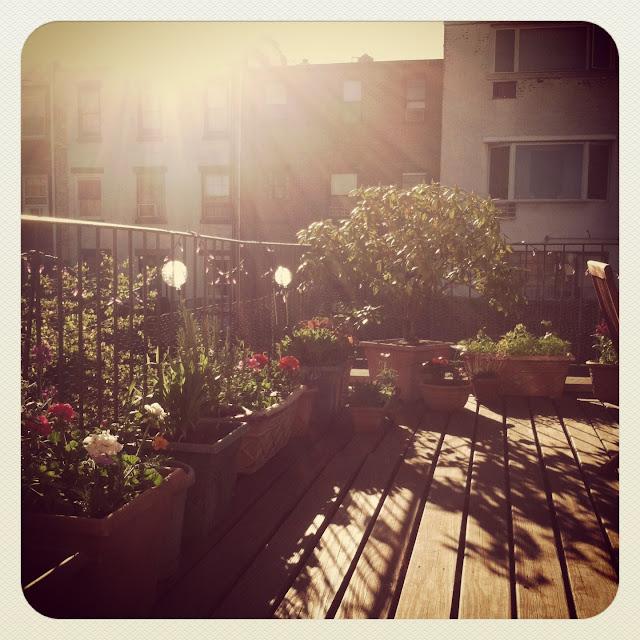 After my nails were dry I stomped around enough to wake up my aunt and cousins and then we all went out for breakfast. I had steel cut oatmeal, it was so good. Lucy had the tiniest muffin ever. 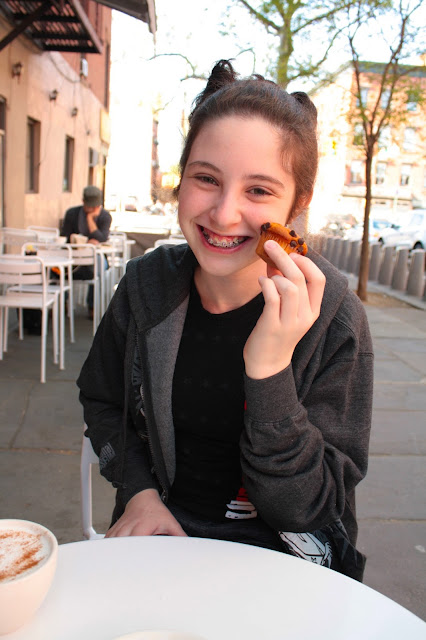 After breakfast Charlie and I went out walking and decided to walk across the Brooklyn Bridge. On the way to the bridge there was a tiny park with so many pretty flowers. I loved seeing everything in bloom. 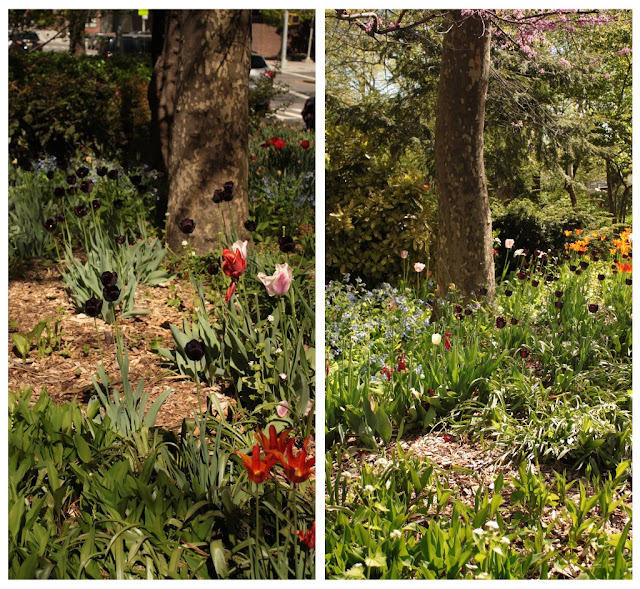 Right when we stepped onto the bridge we saw Jay and Meera running. It was so weird. We did not plan it at all and everyone was really stunned, except for Charlie, he is never phased by anything. 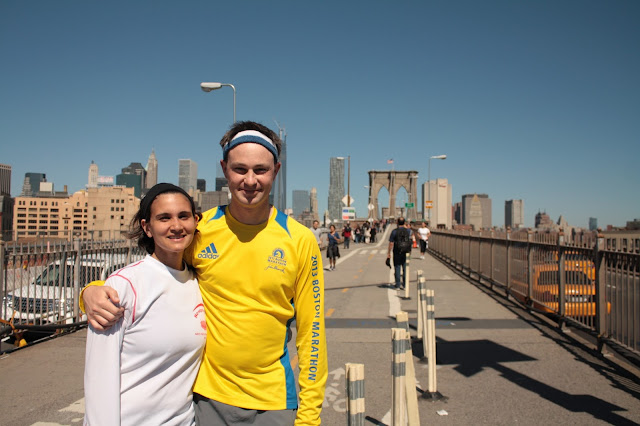 We said goodbye and continued on our walk. 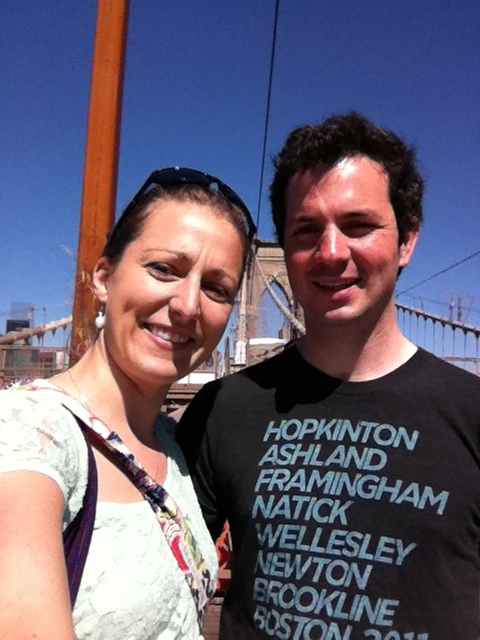 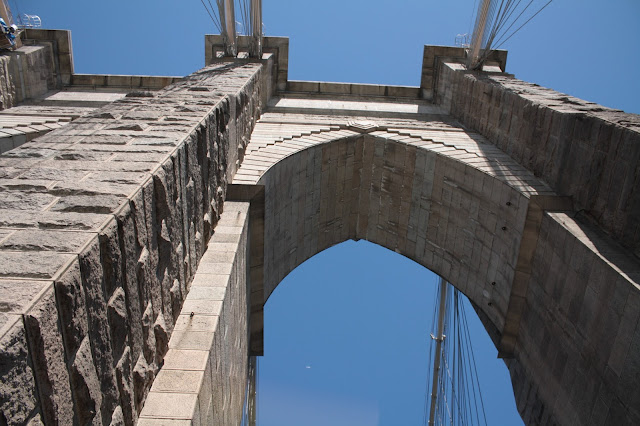 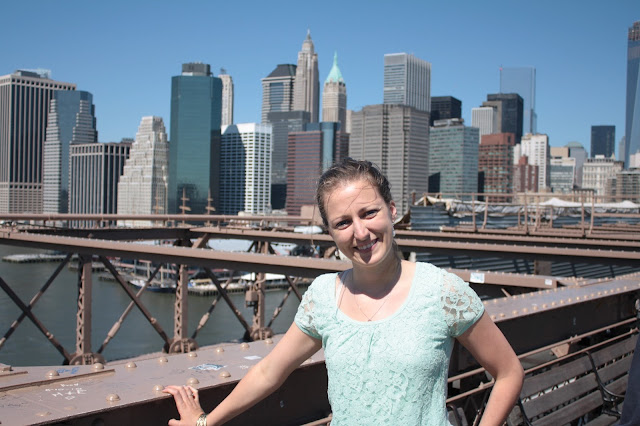 It took us a while to get across. This could be due to the large amount of people walking, or my need to take 100 photos. Once we got to the other side I insisted that we buy sunscreen since I felt like my neck was burning and I didn't want to look like a lobster at the wedding. *Side Note* When you put on sunscreen and then take a shower does the lotion get in your eyes and burn? No matter what kind of sunscreen I use this happens to me. Once I had proper sun protectant on we walked to Purl in SoHo. They didn't open until 12 (weird if you ask me, since I've usually been up for 6 hours by then) so we had to wait outside for a few minutes. 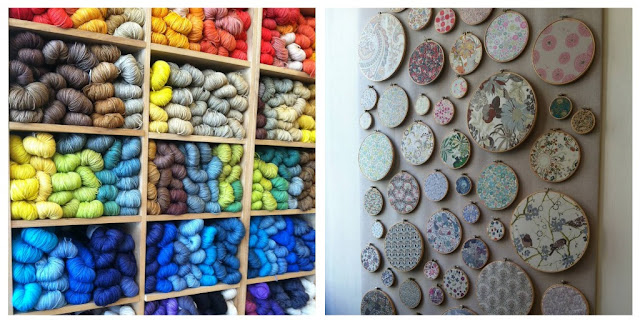 It was worth the wait though (Charlie would disagree I am sure). Tons of yarn, felt, fabric, patterns and notions. I'll show you later what I bought. From there we walked to my uncle's ice cream shop. I forced my other cousin who goes to college in NYC to come meet us there. She's younger than me but does not look like it at all. She's also super smart and mature and fun. I always tell myself to spend more time with her. I'm so glad she came. 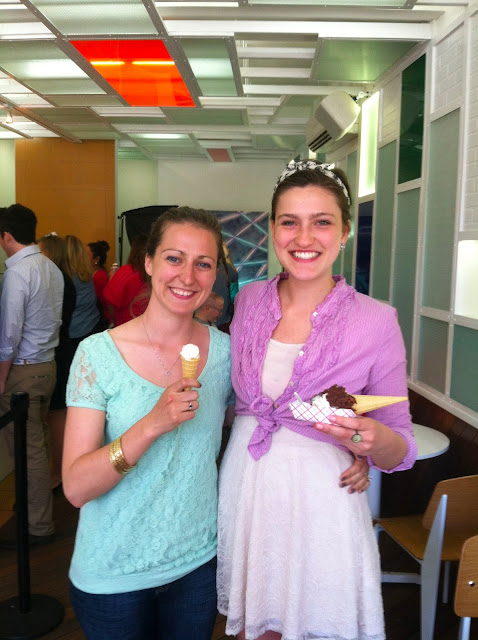 They were having a photo shoot at the shop so my two sister-in-laws, and Charlie's mom and dad met us there and we had our pictures taken for a book. They are meant to look like yearbook photos from the 80's so there was a cool background and then we wore 80's clothes and tried to look goofy. I've never had my picture taken with the cool lazer background so I loved this. 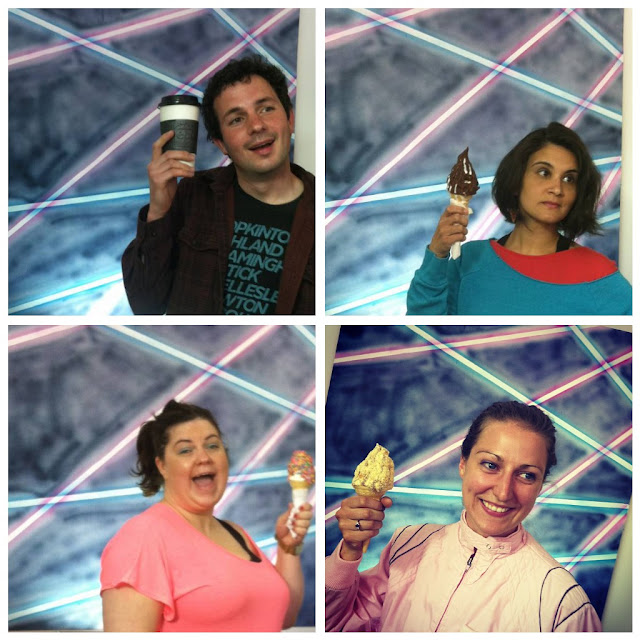 It was really fun and I got a free ice cream out of it. 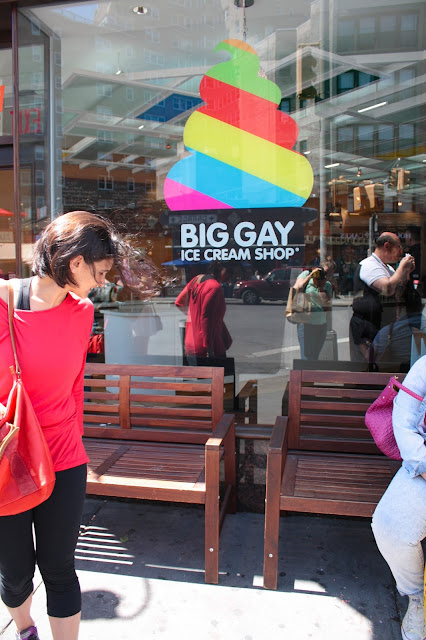 After we ate ice cream we took the subway back to Brooklyn since my feet were killing me, took showers, took a power nap and went to the wedding. More on that tomorrow.