Cooking...I Still Stink At That

In case you thought I was a domestic diva, here is my proof that I am not. The other night Charlie was returning from a 3 day camping trip so I decided to cook him dinner (I was also too afraid to go downstairs by myself so I couldn't sew). All we had were veggies burgers though. The night before I had made banana bread which made me feel like I was on a roll in terms of owning a house and being "domestic". Some of the batter spilled over into the over. I put the veggie burgers in the oven not even thinking about the spilled batter. A few minutes later the smoke detector was going off. I tried to turn off the alarm but couldn't figure out how. Instead I opened the window which cased a box of tacks to spill into the sink. Why we keep tacks next to the sink is a mystery to me. 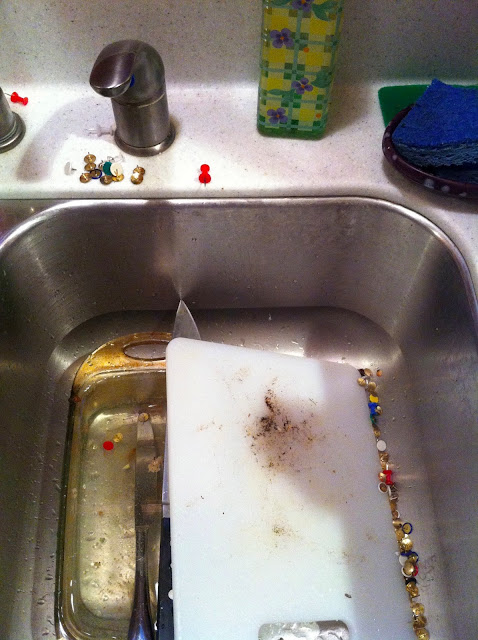 The smoke detector stopped going off just as I stabbed myself for the 15th time trying to take tacks out of the sink. Then! Moments later it started going off again as smoke poured out of the toaster where I was toasting the buns for the veggie burgers. 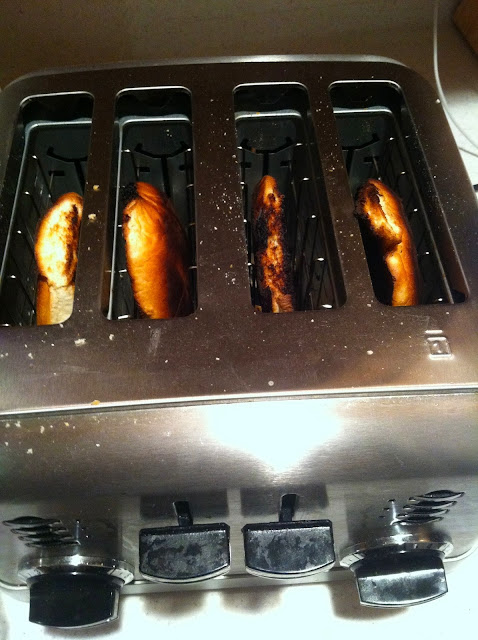 Penny had had enough of the noise and smoke and high tailed it outside to hang out in the driveway for 45 minutes. 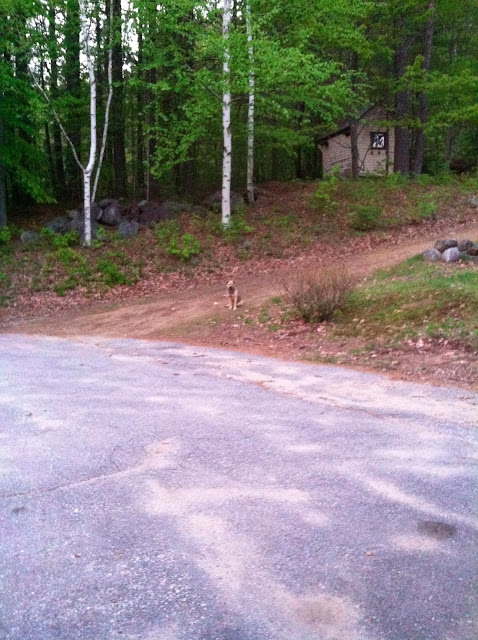 And Charlie came home just in time for a burned dinner.