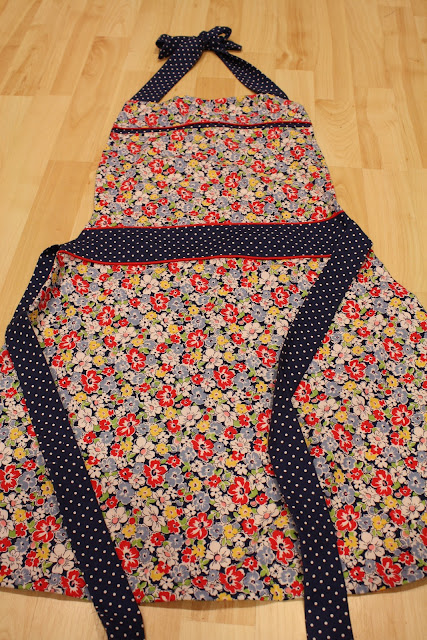 My friend Megan is getting married and I couldn't be more thrilled. I feel most slightly responsible for her getting married. When I was a freshman diver she came on a recruiting trip to UMaine and it was my job to get her to think I was cool and to join our team/come to school there. The entire diving team took her out to eat and then we all spent about a gagillion dollars playing ski ball and winning tickets to buy blow up hands that said "We're #1". Meg and I stayed up until about 2 am talking and laughing that night, the next morning we had a diving meet and I failed 2 out of 5 dives and somehow still managed to convince her to join the team. So long story short, if I hadn't been so much fun she would never have gone to school where she did and would never have met her future husband, therefore everyone should thank me! Unfortunately, I wasn't able to go to the bridal shower and tell everyone how they were all there because of me, but I was happy to make her an apron. I used the same basic pattern I've used for all of the other aprons. 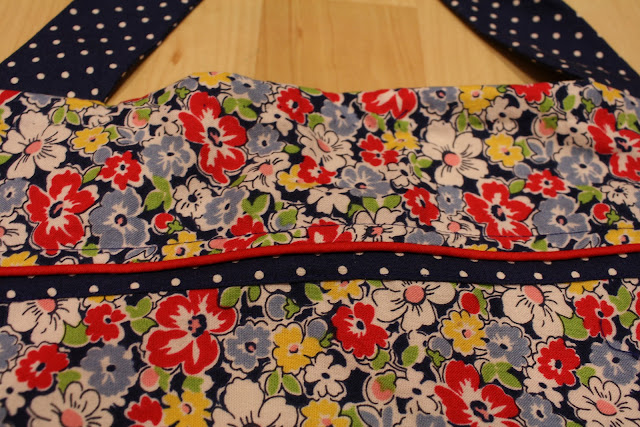 I love the polka dots with the flower pattern and the red piping. I can't seem to get enough of the piping lately. Here is the waist band detail. More soon on perfect piping! 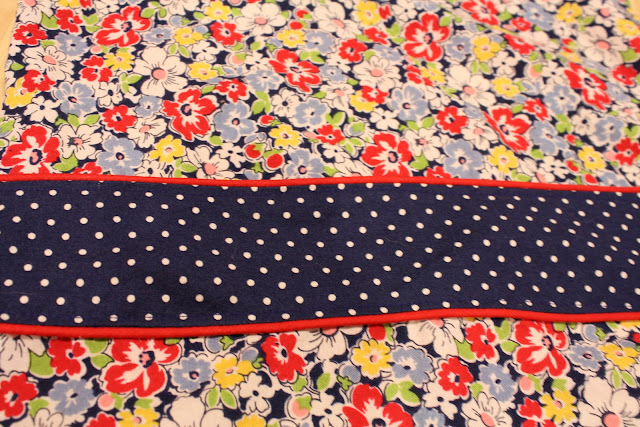 I even figured out a way to include a tag. Now she'll never forget who helped her reach her wedded bliss. 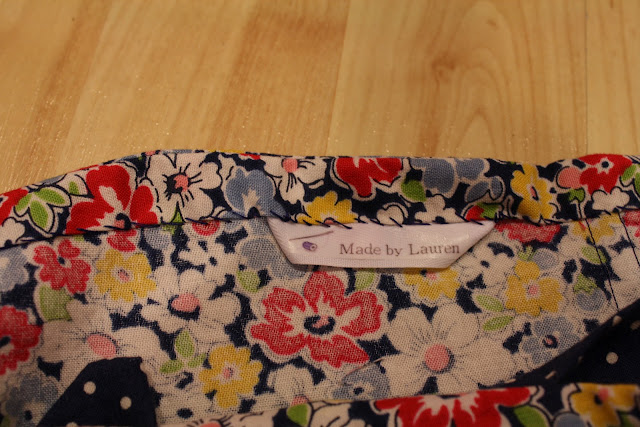 Lauren
Posted by Lauren at 5:55 AM No comments:

Yesterday after work Charlie and I went to Art Escape to paint pottery. Once we got there we weren't really feeling inspired by the pottery options; I didn't want to paint a wizard or a Christmas tree. What did catch our eyes was the fused glass. After a quick "tutorial" from the owner we were off. 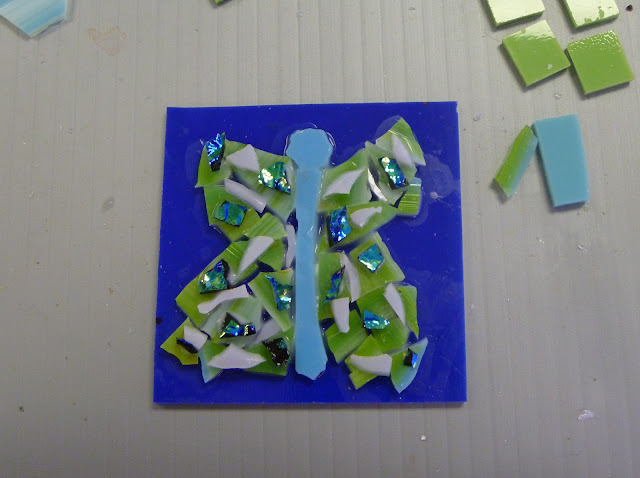 I made a butterfly, in case you can't tell. The back square is about 3 inches so it involved a lot of small pieces. Charlie worked very hard on his and started over three times. He has claimed he is not artistic, and this pretty much confirmed it. He was a good sport for coming and trying. 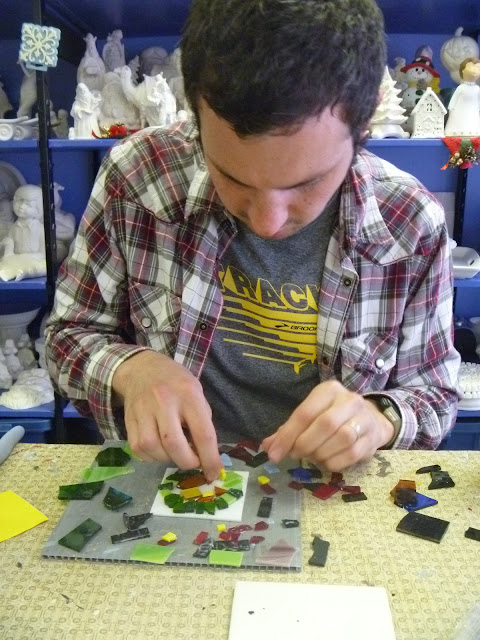 After I put the finishing touches on mine I looked up to Charlie and he had pushed all of his pieces off and told me to do it. We worked together to make a wreath. He was good with the cutting tool, and I glued the tiny pieces. 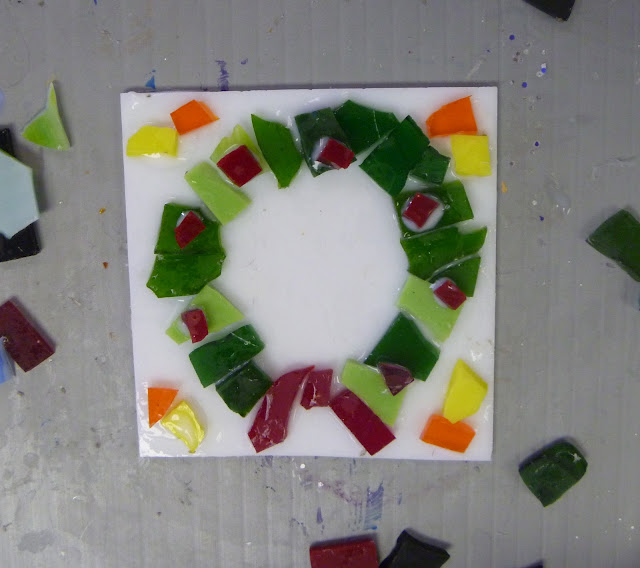 The owner gave us a sheetrock bucket full of scraps of glass to choose from. We began carefully looking through the bucket picking out pieces we liked. At one point she came over and reached into the bucket grabbed a handful of glass chunks and put it into another smaller bowl. I decided I could do the same, who knows how many cool colored piece of glass were hiding under the first layer. So I reached in and raked my fingers through the glass and instantly felt a prick on my finger. I pulled out my hand and there was a tiny shard of glass sticking out of my middle finger. I plucked it out, dabbed off the blood and got back to work. A short period of time I looked back and realized there was blood all over my glass, tools, the table and dripping down my hand/arm. Geeze, can't take me anywhere. That owner must have hands made of leather or something, how else could she rake her hands through tiny shards of glass all day and not be dead from blood loss? 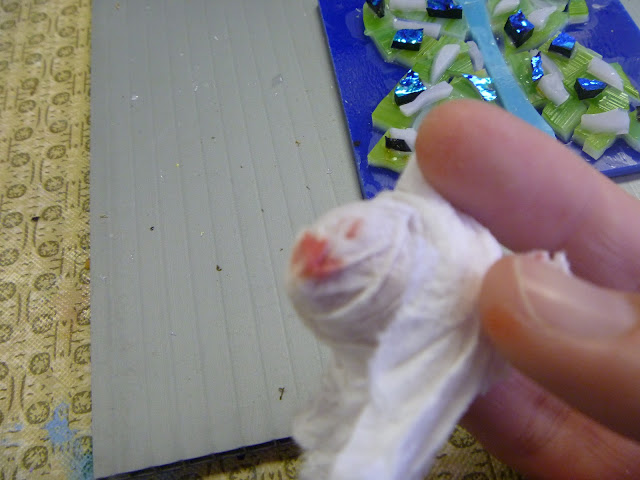 Seriously it was terrible. It still hurts today, it's a surprise I was able to go to work. Once we were done we left. In the parking lot we noticed this store: 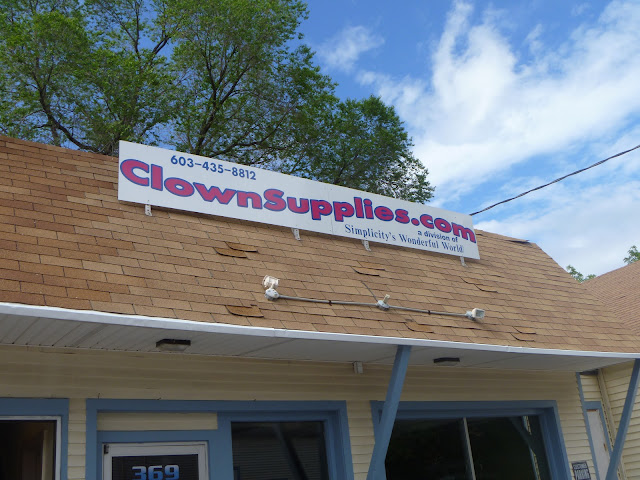 Yikes! And if that isn't creepy enough this was the car parked outside: 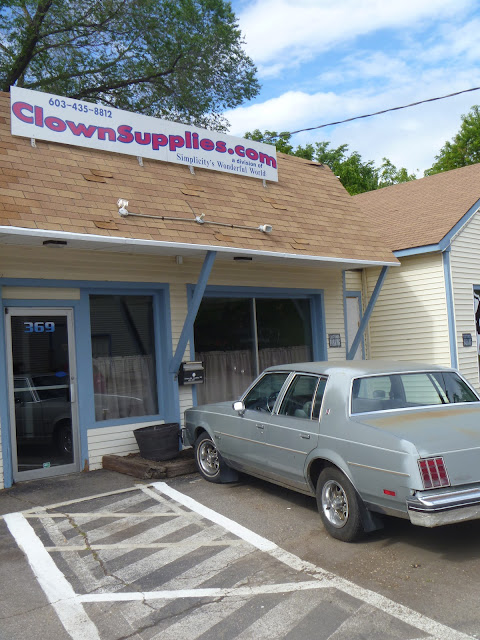 It just confirms that all clowns are creep-tastic! Our plan was to go to the grocery store and home to eat dinner but then we decided to go out to eat. We went to the Town Docks in Meredith, had to hit it up before Bike Week starts. I went to the bathroom and came back to the table to find Charlie rustling though my purse and showing the waiter my ID. A few minutes later a half watermelon filled with the most delicious drink ever appeared. I definitely drank more than half, spilled some on myself and enjoyed every last sip. 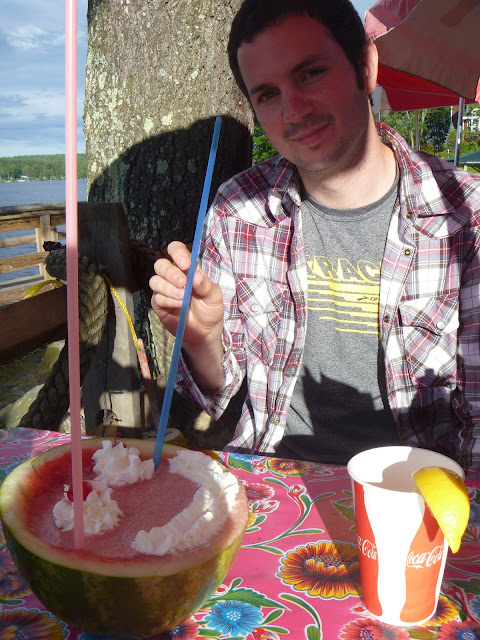 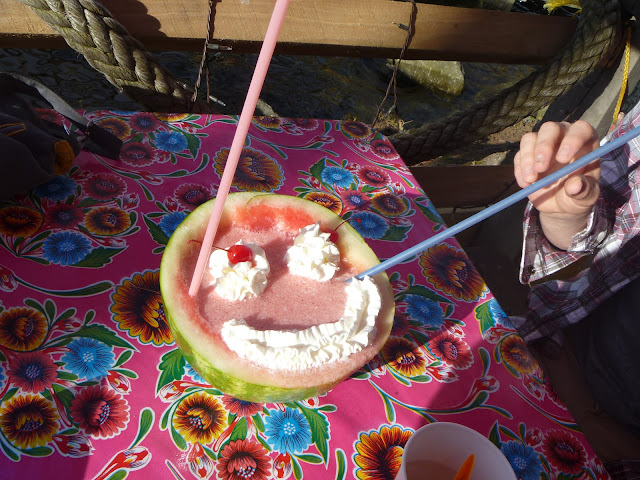 It was a fun Wednesday, bloody hand and all.

Lauren
Posted by Lauren at 8:03 PM No comments:

Last weekend it rained almost the entire two days. Charlie was supposed to have a meet on Saturday but it got canceled. We decided that instead of seeing "House of Dark Shadows", we should go to Farm-Way. A co-worker told me about this place a few months ago and I'd been curious about it since then. 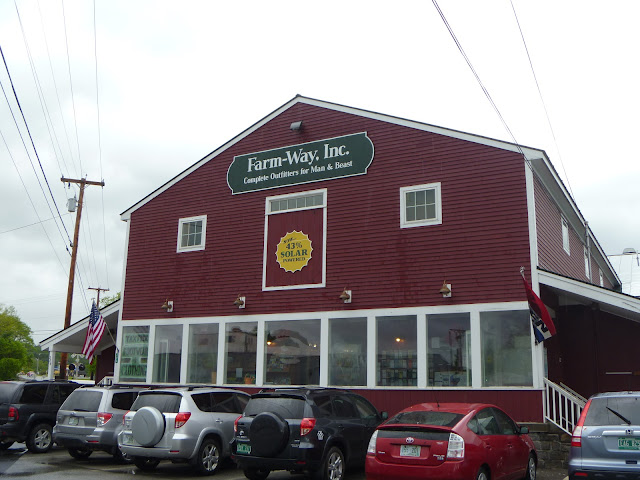 We hoped into Charlie's car and set off. Charlie drove a portion of the way there then we turned on his GPS to navigate us the rest of the way. Strangely enough it lead us down a single lane road that felt a lot like the trials I've run on in Wapack. Then we came upon a sign saying the road was only maintained in the summer. What??! Why would the GPS lead us this way? Anyways, to cut to the ending, we figured out that before we turned on the GPS we had taken a wrong turn and the shortest way to get to our destination was down this road. The way home was much less eventful. 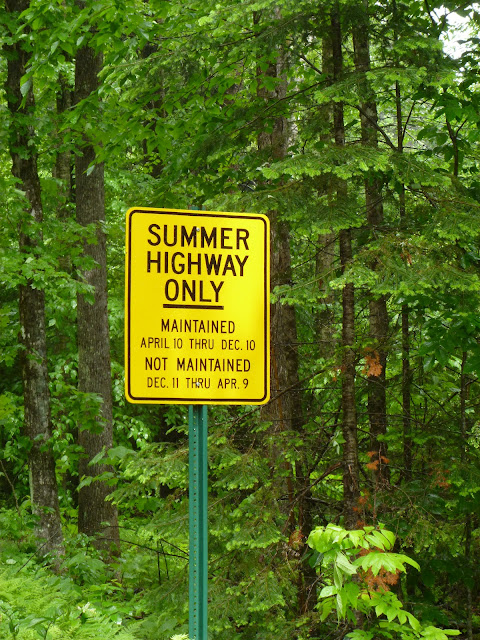 It was pouring rain and the road was so tiny, I was sure we'd drive into a washed out portion of road. 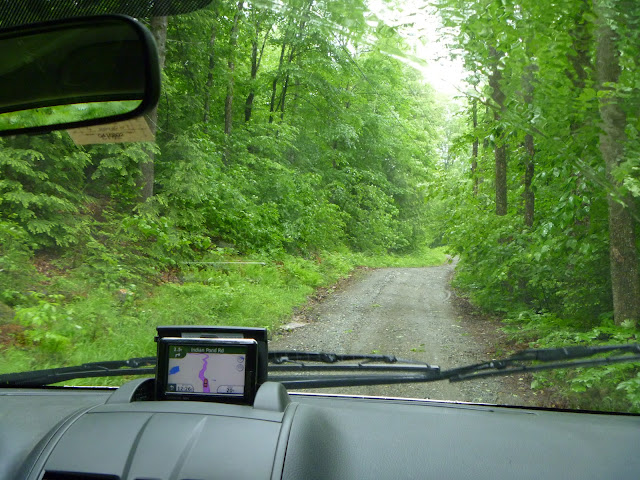 Once we got there it was soooo busy. I figured it was just because of the rainy day and people wanting to shop. The store had farm gear, tons of pet necessities, outdoor supplies, furniture, gifts, Vera Bradley junk, clothing, shoes, socks, and lots of other stuff. After a few minutes we figured out why it was so busy. It was customer appreciation day so there were no taxes and everything was 30-50% off. This gave me an excuse to get my shop on. I got two new pairs of Smartwool socks and a snazzy dress. I also bought a tool to remove pet hair from couches. Charlie got new socks as well. We Therriault's can't say no to Smartwool at 30% off. After waiting 15 minutes in line (Thank goodness I am not a Cassidy anymore, and this was possible) we figured out that due to customer appreciation day there was free food outside. 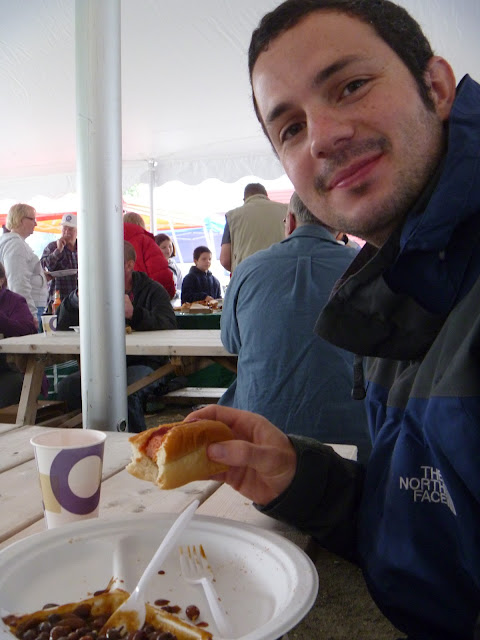 Charlie enjoyed two hamburgers a hotdog and some baked beans. I myself partook in a hotdog, or two. There were also free cookies. 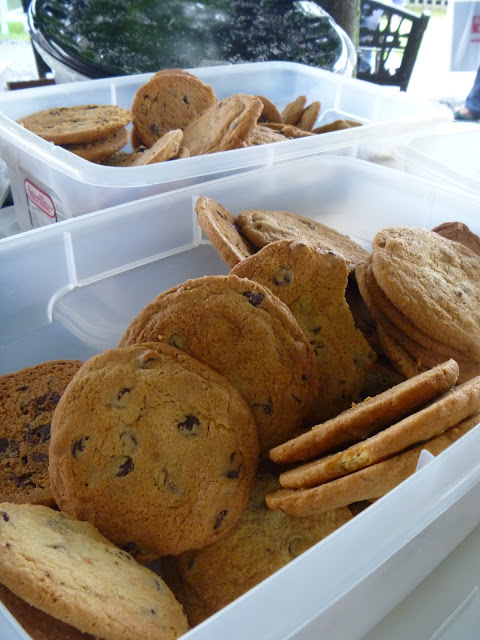 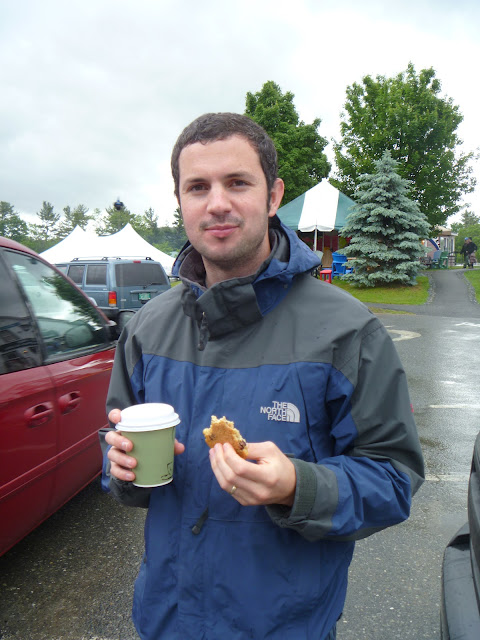 It was lots of fun and quite a surprise. We definitely got lucky showing up on such a great day.

Posted by Lauren at 4:00 PM No comments:

This morning I read on weather.com that Venus was passing by the sun today, unfortunately the forecast called for more rain (what, more?) and clouds. Doesn't mother nature know that it needs to rain all next week to squash Bike Week?!? Anyways, I totally forgot about it until this evening when the sun finally, miraculously, came out and I commented; "Holy cow the sun is out!" Charlie, recent science teacher graduate school graduate, said "Go looks at the sun and see if you see Venus." Idiot that I am I ran to the window, looked directly at the sun and yelled "I'm Blind!" Then Charlie put on his thinking cap and we got the binoculars and a white piece of paper and headed outside to look at Venus crossing the sun reflected onto the paper. Once we finally figured it out it was amazing. It actually worked best to stand in the entryway to our apartment and reflect it on the wall. We tried to take pictures, this is the only one that came out. 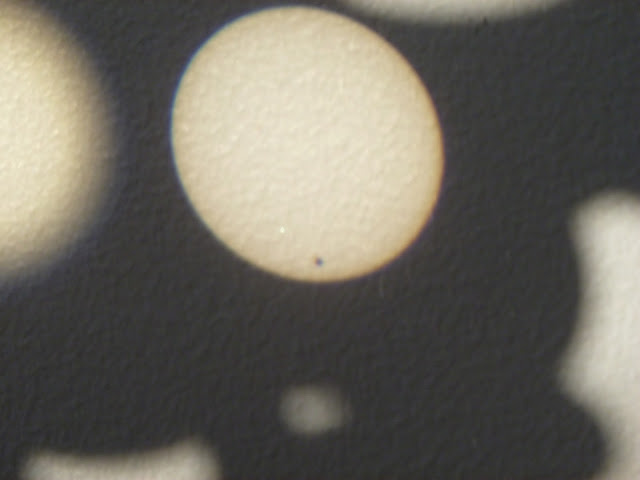 Venus is the tiny black dot at the bottom. Venus won't pass by the sun like this until 2117. I'll be 143 then, do you think I'l still hate bike week?

Lauren
Posted by Lauren at 9:19 PM No comments: