Penny is a pretty anxious dog. At the race I ran the other day I was talking to a woman before we started and Penny was close by, as another person with a dog walked by the woman said "Is she a rescue dog?" I responded that yes she was, and joked about how obvious it was. The woman then said "Well, you seem like nice people that would not hurt a dog, and most dogs don't act like that unless something sad has happened to them." That made me both sad and happy. I'm so happy that Charlie and I can give Penny a good home. She really is a very loving sweet pup. It also makes me sad that someone would ever be mean to such a lovable dog. 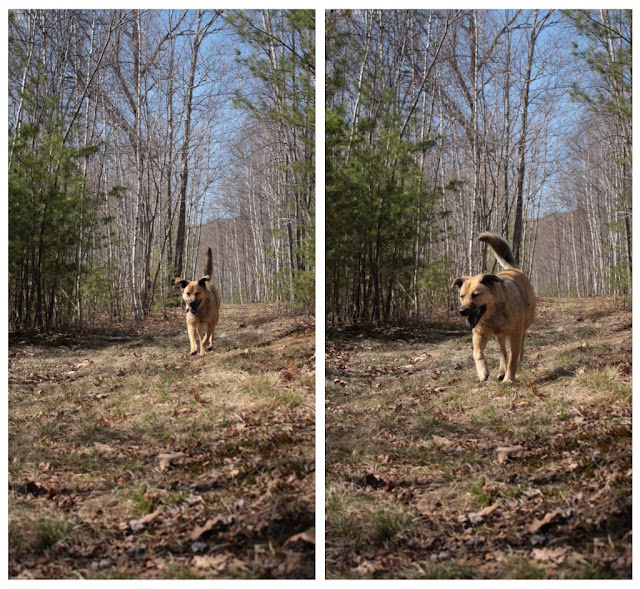 Anyways, Penny has been having a hard time adjusting to the move. She had her safe spots in our apartment and has yet to find them here. She likes to sleep on our bed so that's a spot she has been going to a lot lately. Aside from that though she seems quite scared. She has not been eating much and seems to be having weird nightmares where she shakes and wimpers. I didn't even know that could happen. (She has happy dreams sometimes where I can tell she dreaming about chasing squirrels.) I think Penny has not yet figured out that we are staying here. Whenever we let her outside her first reaction is to go sit or lay by the car. She has taken to laying under the wheels. My thought is she'd rather be run over than left behind. Poor pup. 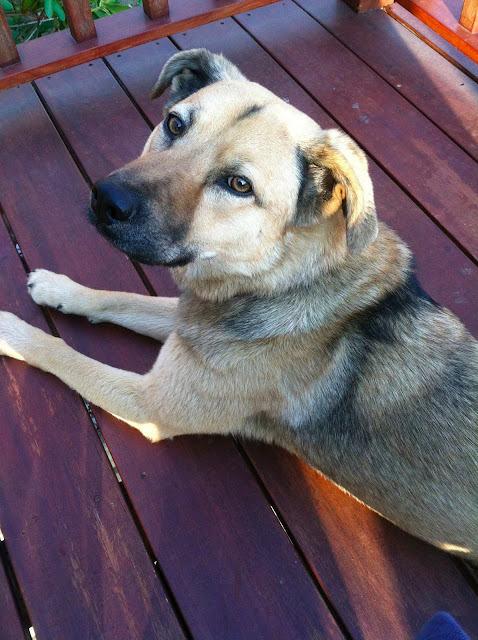 I read a study that said 99.8% of dog owners talk to their dogs and the scientist think that the other .2% were lying and really do talk to their dogs. I keep telling Penny she's safe and we are staying here. Hopefully she'll figure it out soon and feel a little more at ease. 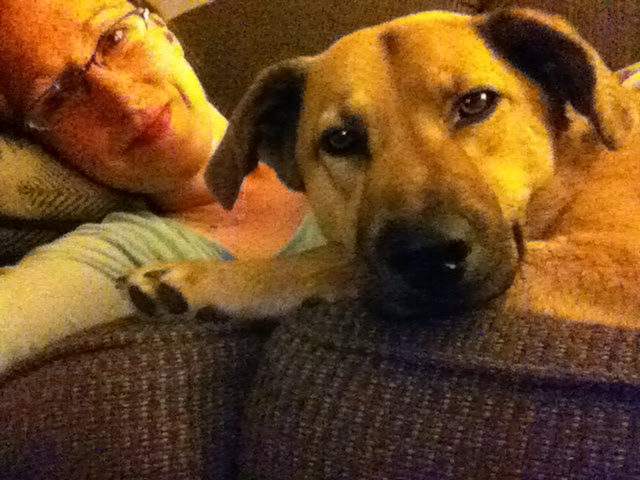 Any dog owners out there with tips on moving and anxious dogs? It usually takes Penny about two weeks to get used to changes so hopefully she'll feel better and safe soon. Any advice or tips would be appreciated though.