Too much to fit into one post. The whole reason we went to NYC was to go to Charlie's cousin's wedding. After a shower and a cat nap we set out to find a taxi. The first one we got into did not go so well. The man drove us about a quarter of a mile down a big hill and into a park while trying to figure out where we wanted to go. After several attempts to explain where we wanted to go and him saying "Where?" we finally just got out. Since I am an SLP I try extra hard to be accepting of people with hearing impairments, or language barriers, or whatever was wrong with this guy, but as the clock ticked away towards 6PM and we got no closer to our destination I finally gave up and we got out of the cab. Figures both of us had never hailed a cap before and our first attempt was a miserable failure. We've been in cabs before, we're not that backwoods....just never actually gotten in one without someone else. After hiking back up the hill, boy was I glad I didn't wear heels, we got another cab and then driver had a GPS so he could find the wedding location. And we got there without anymore issues. 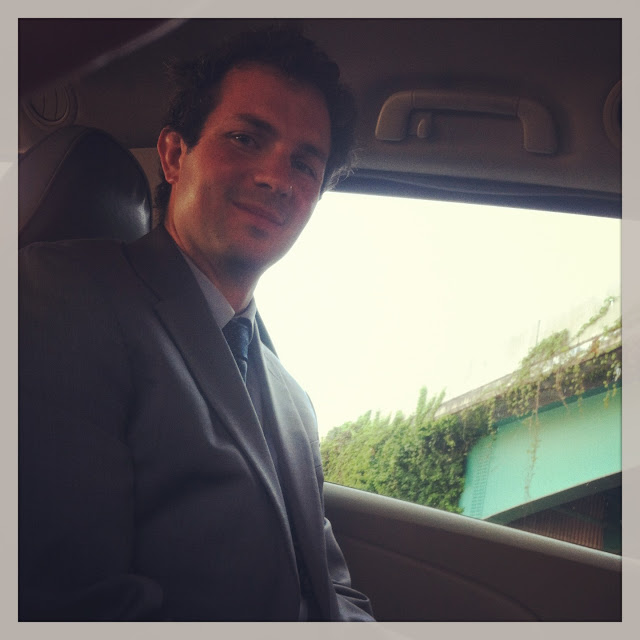 As it turns out we didn't even need to worry about the time because there was a crash on the Brooklyn Bridge which caused many of the quests and wedding party to be very late for the wedding. When we got married at 3:59:59 I was ready to walk down the aisle and was so nervous I just wanted it to be over with so I could start having fun, I have no idea how Annie and Rob waited that long for the show to start but I praise them for keeping their cool. I would have lost it no doubt. Since the wedding was starting late we had the cocktail house early, and since it was Derby day they had mint juleps. Mint juleps look like mojitos, but do not taste like mojitos. It was my first and last. I really do not like burbon. Luckily they also had champagne. I like champagne. 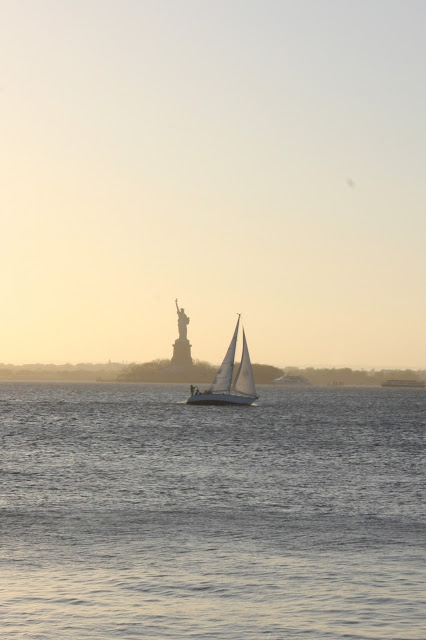 Another good thing was that there was an incredible view to admire. 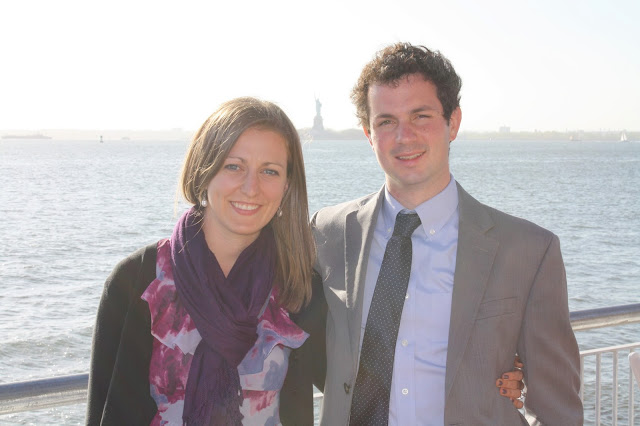 That's the Statue of Liberty in case you've time traveled from the past or future, or live under a rock. After taking 100 pictures and staring/ admiring the flowers and table settings (so funny how now that I have planned a wedding I pay attention to this stuff, before we got married I did not look at anything like that, now I love to admire it) the wedding started. Annie look gorgeous. 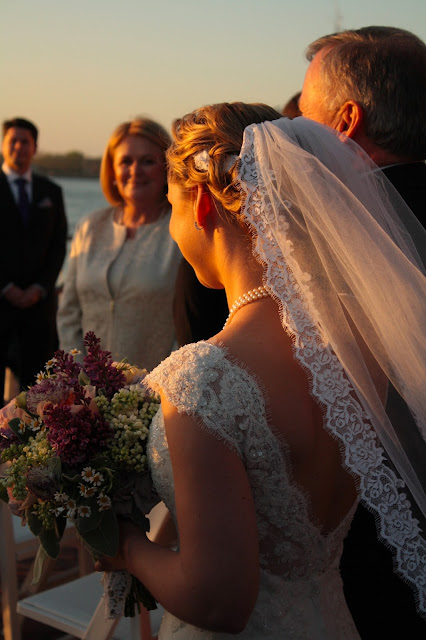 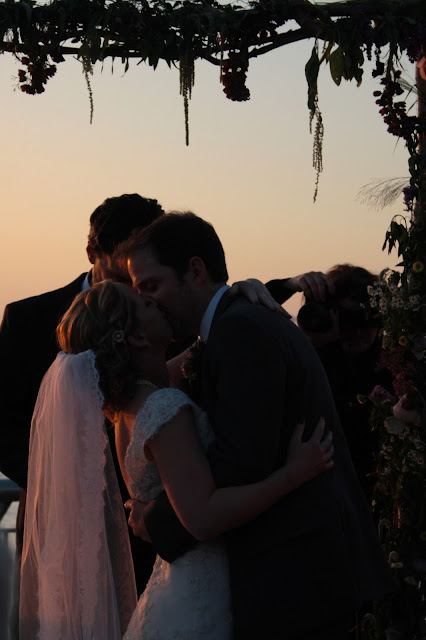 Hurray! They are married! It was a beautiful ceremony. Just like with decor and the little details, I pay so much more attention to the ceremony than I ever did before we got married. I know how much planning goes into all of it so I have more of an appreciation for it. 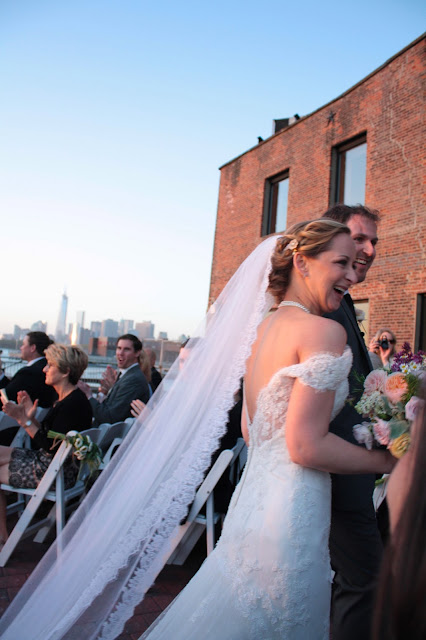 Seriously, the view was amazing. 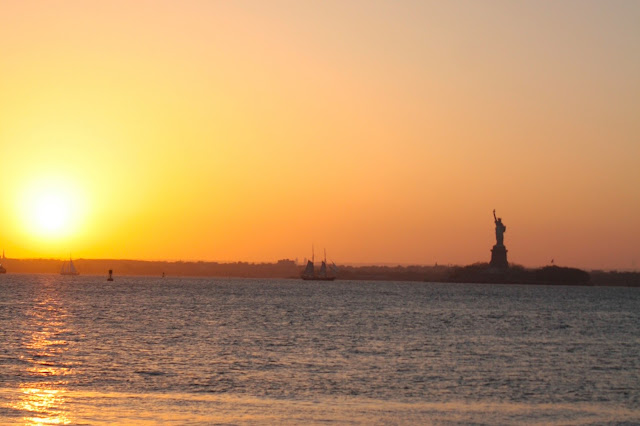 Speaking of amazing, so was the food. I didn't take any pictures though. Instead here is one of us at the table. 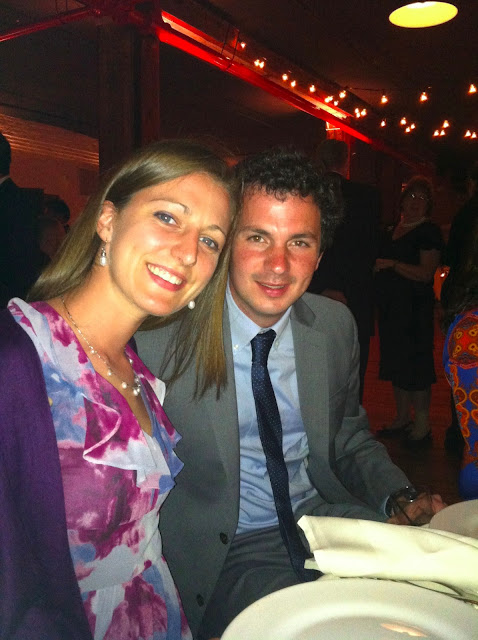 This was the first wedding we've been to on this side of the family that was not ours or Jay and Meera's so we all got to hang out more so than at either of our weddings. I really picked a winner in marrying Charlie, but I got pretty lucky in the family he came with too. They are all so fun and nice, and some even read my blog! We had a great time. 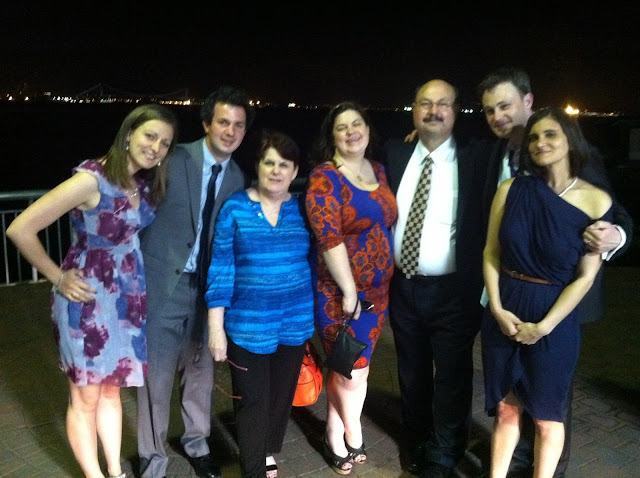 In the morning we woke up and drove home.We stopped about 80 times for different reasons, and then spent over an hour in IKEA. Once we got home and put together the item we bought we realized it was too big! Doh. Now we have to wait until we go to Boston, or make a special trip to return it. Big oops. Oh well, it was fun.

The whole weekend was a blast.