Before Christmas in the holiday hub-bub I accidentally shrunk my skiing sweater in the wash. I was sad for a few days, then realized I could make the tiny sweater into a pair of mittens. I've seen some around on Pinterest. I ended up using this pattern. 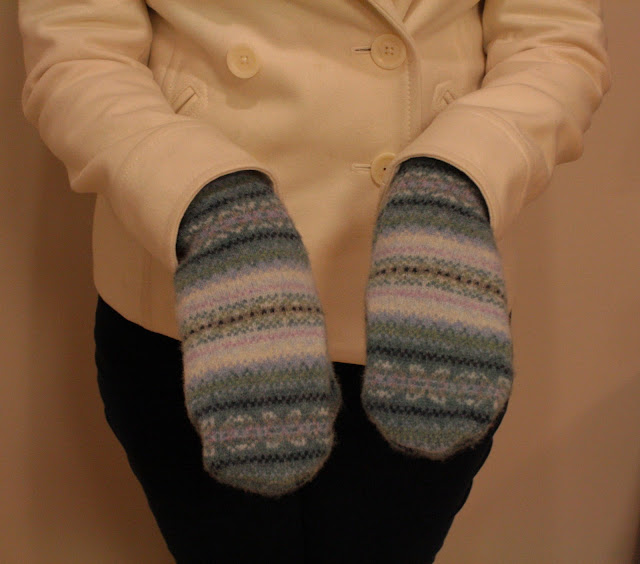 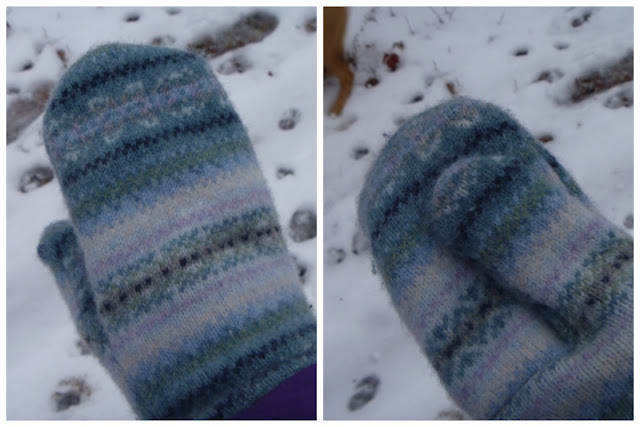 I even had enough left over to make a headband. 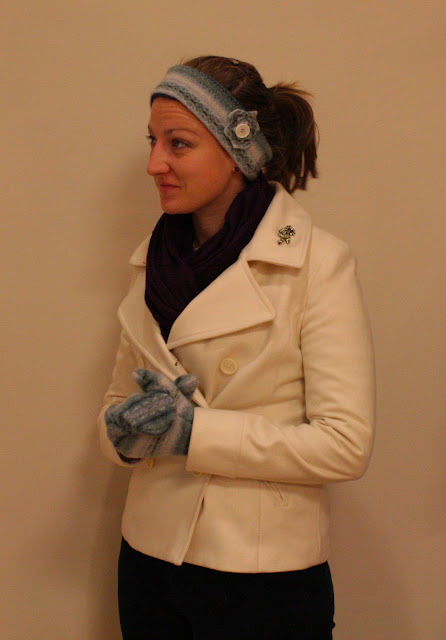 I actually made two pairs of mittens, the first pair was much too small. I have abnormally long thumbs. When I tried to explain to Charlie that I have long thumbs, or more specifically, a long thumb, he didn't believe me. One thumb is longer than the other because I sucked it as a child. Charlie said he sucked his too and his were the same length. Apparently he didn't know that I sucked my thumb until the first grade. I even had to have a special retainer made to keep me from sucking my thumb. Anyways, weird thumbs aside, the first pair I made was way too small, now I have to find someone with short thumbs to give them to. 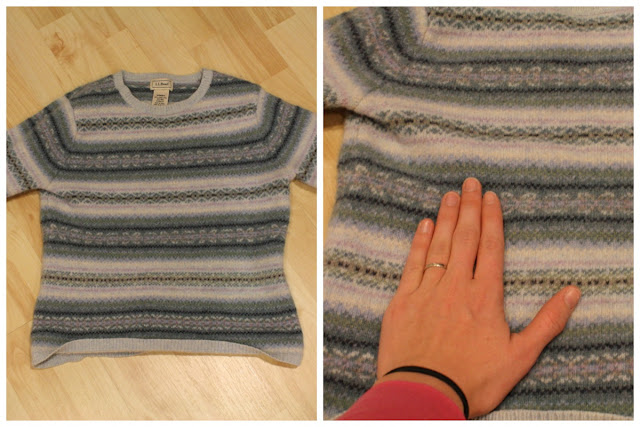 So, with the left over scraps I pieced together enough to make a headband.  I think I might save the tiny scraps to make some little rice filled pocket warmers. 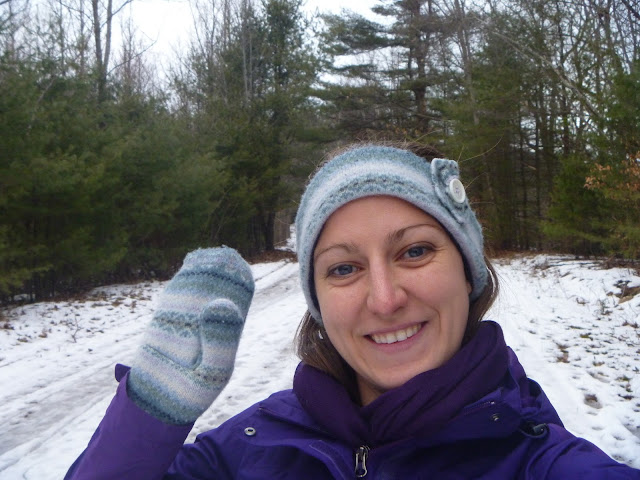 Penny loves when I strangle her into a picture with my new mittens. 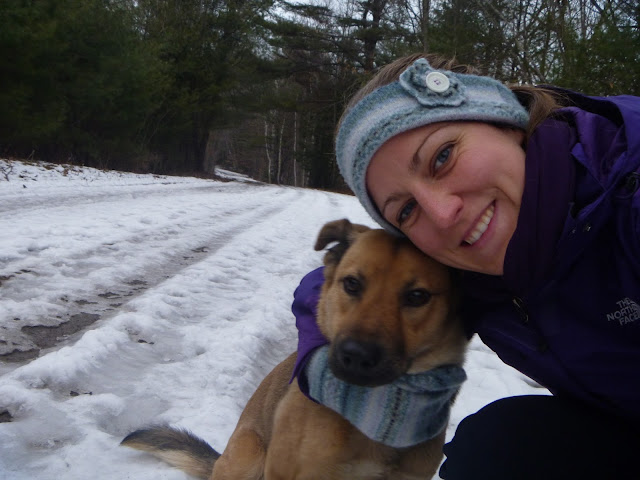 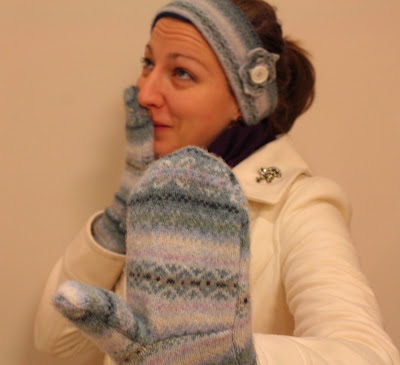