In my cleaning/organizing/painting I stumbled upon some unfinished projects. They're unfinished because I don't know exactly what to do with them. Maybe you have some ideas?

The first one is four feathers from Anna Maria Horners new pattern for The Feather Bed Quilt. 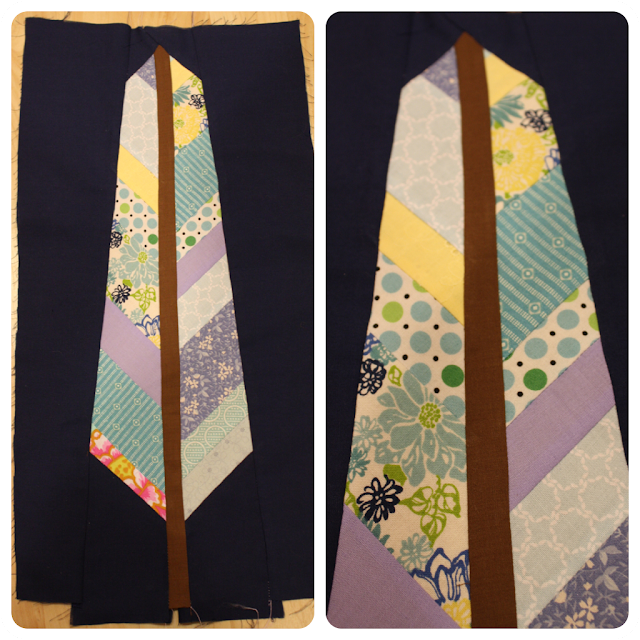 I love how they turned out. I was planning on making one pillow, but I messed up the pattern and ended up having enough fabric to make four feathers instead of two. Then when I pieced them all together I realized that each quilt square was much bigger than a typical throw pillow. Now I am not sure what to do with them. My co-worker told me I should make a wall hanging. I like that idea. I just can't figure out if I should make all of the feathers go the same way (photo on left) or have the feathers flipped (right photo). Any thoughts? Bueller? Bueller? 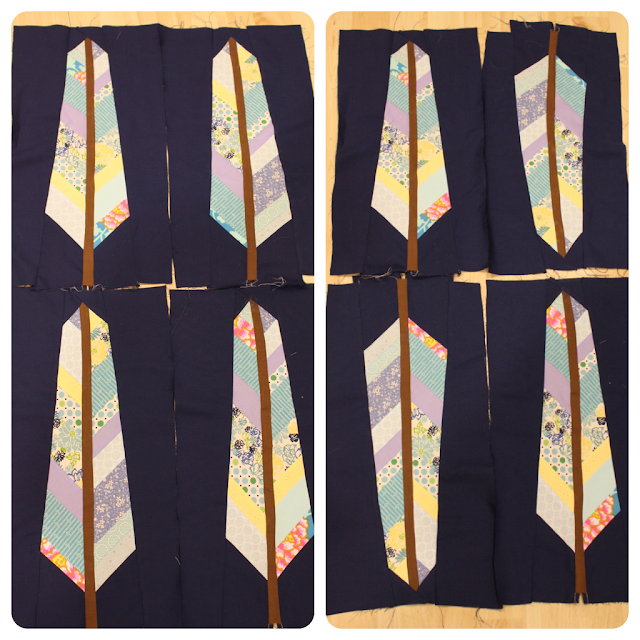 The next project was something I got an inspiration for from Pinterest, here is the original link. I used left over fabric from the apron I made my friend Jill for her bridal shower. The link had a printable pattern, but when I printed it it was too small, and rather than figure out how to print it bigger I just winged it. Sounds like a me thing to do right? 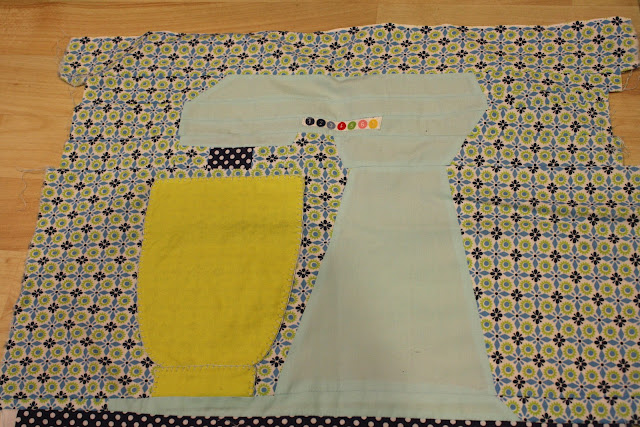 The whole reason I did this was because I had saved some selvage and really liked the rainbow colored  dots. They look a lot like the settings on a Kitchen Aid mixer. This picture shows an up close of the dots, and also the amount of pieces I used to make the entire thing. 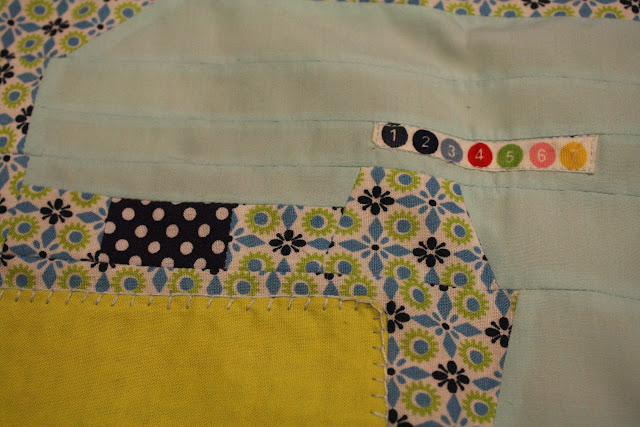 After I finished the mixer I made  two small log cabin squares. I was thinking of making a wall hanging for a kitchen, but then I thought to myself "who has a wall hanging in a kitchen? Sounds like a fire hazard to me." Sometimes I shouldn't listen to myself because after that inner convo I put this project in a drawer and forgot about it. What do you think? Do people have wall hangings in their kitchen? Would you want it? 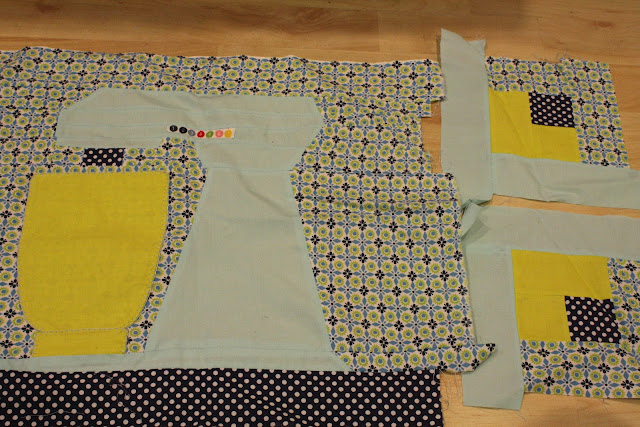 Please give me your feedback so these projects don't get stuffed back into the closet or a drawer.