You probably thought this post would be about me quitting my sweater endeavor ...but you thought wrong. I am a whole 12 rows in and (knock on wood) kind of, 82.3% know what I am doing.

No, this post is about my desire to make things and be cheap and how that desire can at times cost me a lot of time, aggravation and sometimes money. In an effort to keep Penny from being shot by a trigger happy hunter this Fall I purchased a blaze orange reflective vest from Ocean State Job Lot last Spring. It cost $3 and I just knew I could whip up something that would keep Penny safe.

Three failed prototypes and18 attempts later I finally admitted defeat and bought a vest specially made for dogs at the hardware store for $17. I figure my attempts cost me at least $200 in hours and labor (huge overstatement, but one must value their work right?)

Anyways, my story is just a shameless plug to get you to look at these ridiculously cute pictures of Penny in her "Please don't shoot me, I'm someone's pet and only friend" vest. 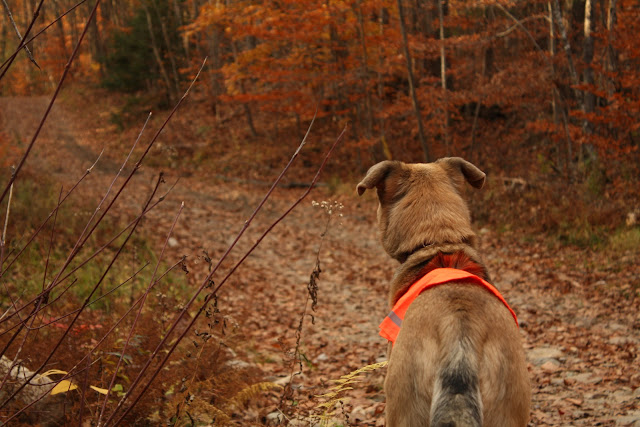 Penny hates Fall just like me, the crunching leaves scare her. 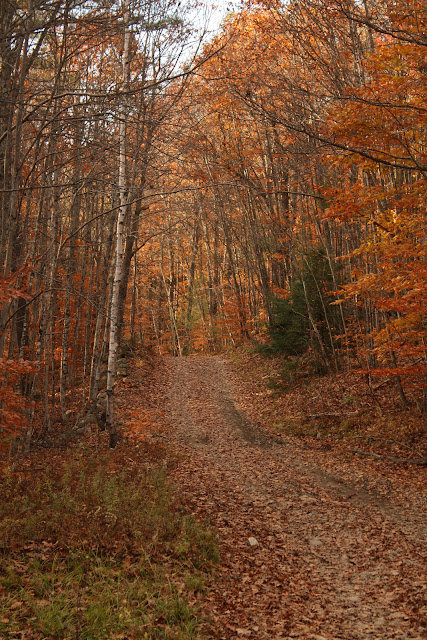 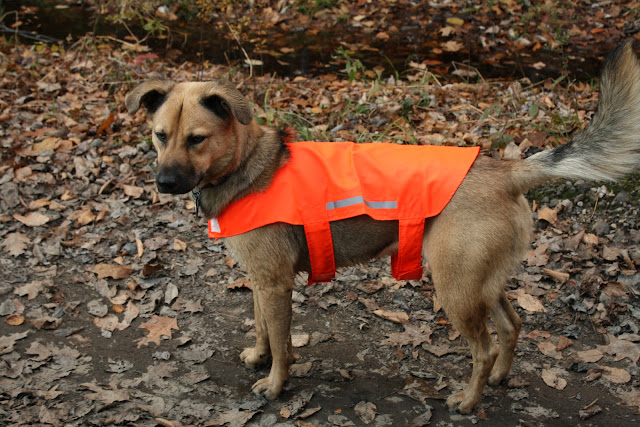 As you can see the vest doesn't exactly fit Penny's trim figure. In order to stay Velcro-ed it's big in the back. She doesn't seem to mind. This version is much better than one of the ones I made which made it impossible for her to run or even walk. Another version made it impossible for her to pee, big mistake, and ended up tied like a bow around her neck for the rest of the walk. 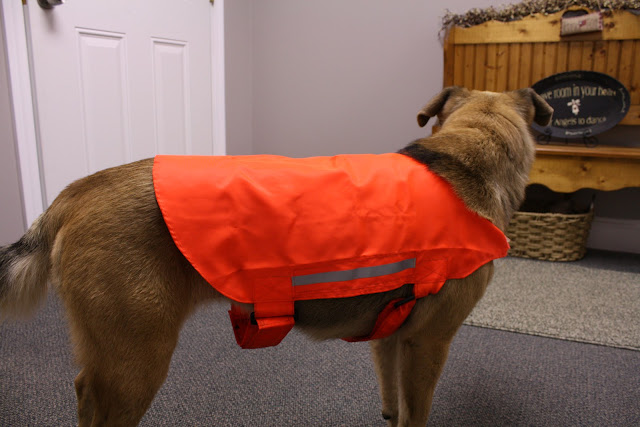 A reluctant model to say the least. 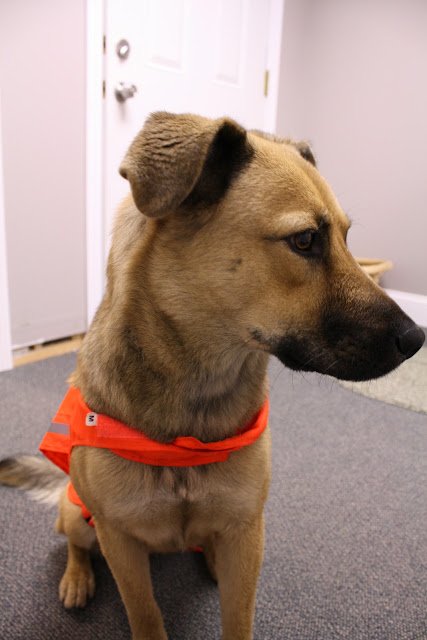 Oh no, now you know she wears a size Medium. She'll never let me live this down. 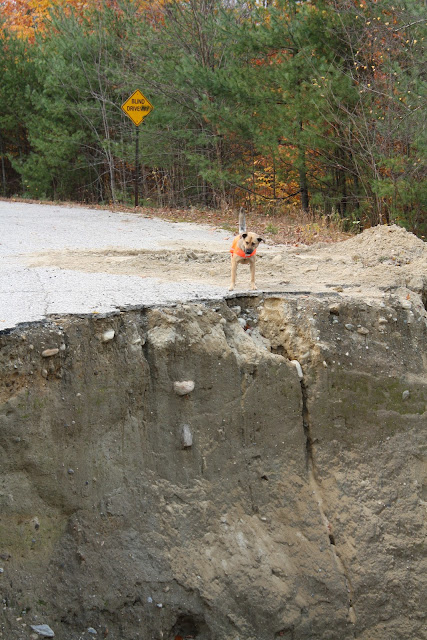 I just added this picture because it makes me laugh. One of the places we take Penny walking is an old ski resort that was shut down. During Irene (I think) part of the road totally washed away. Penny looks so curious looking into the hole. She's probably thinking "How can I get down there and play in the steam?"