One of the (only) good things about going back to work after the summer off is getting back into a routine. For a while this summer I had no idea what day it was, our house was a disaster, we were never home, and poor Penny feared we were sending her away every time we packed the car.

Now that school has started again Charlie and I have fallen into a good routine. I've even been cooking dinner! Can you believe it? Some of my meals are not pretty, but still edible.

The biggest key to my success is to limit my online time. I found that I was spending way too much time surfing the web, and watching endless episodes of shows on Netflix and doing nothing else.

Here are some things that have been helping me get organized and be productive. 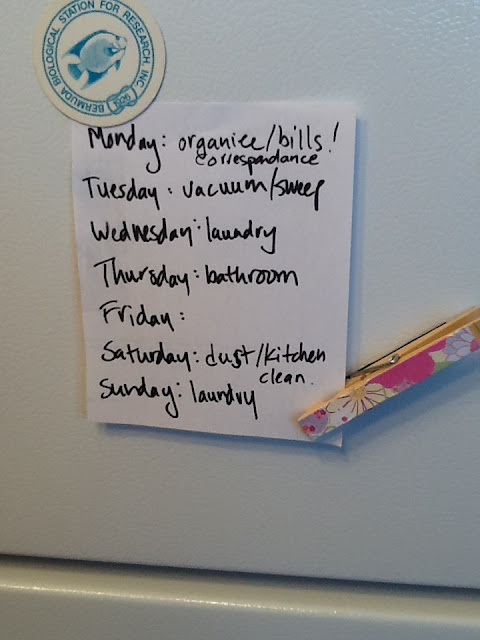 Do you have any successful secrets to getting things done? Finding inspiration? Or not wasting tons of time?

Lauren
Posted by Lauren at 9:00 AM