Life Updates Via Bad Looking Pictures of Me

Not only did I run with 9 kids, I ran over a squirrel. That makes 2 in 3 weeks. I could cry. Also, why does squirrel have to be so hard to spell? 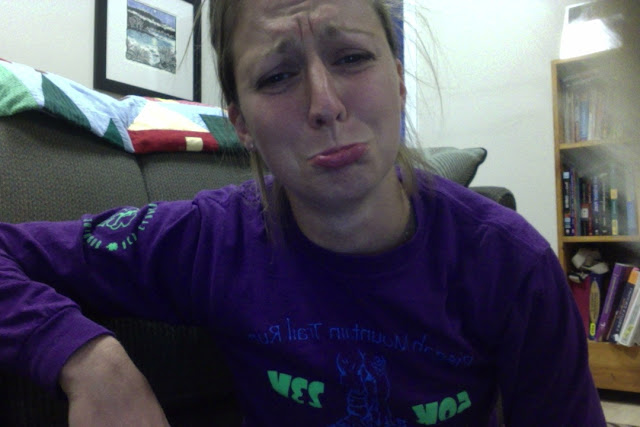 Penny has been going to Doggy Day Camp. I think she likes it. She comes home and sleeps for the rest of the day. She's also somewhat nicer to strangers. In other words she gets to know strangers before she growls or nips at them.  Doggy Day Camp is much cheaper than a mortgage on a house with a yard. Yes! 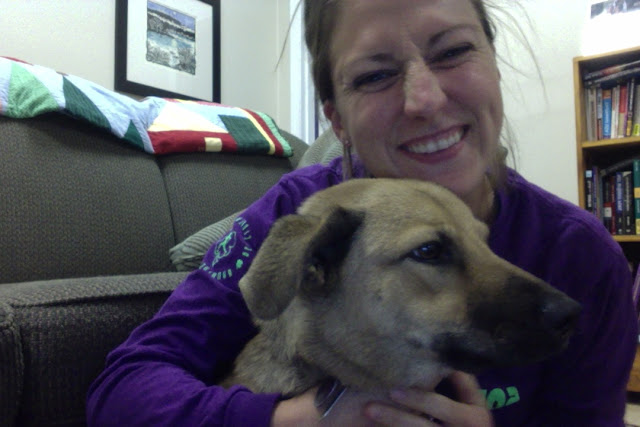 I am going to start knitting myself a sweater tonight. Using this "easy" and free pattern. 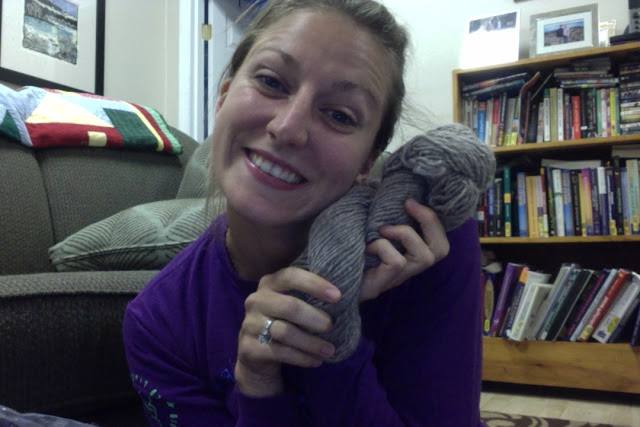 I am trying to rent the apartment next door because the annoying 20 year old moved out (hurray). The only downside is I have to deal with people who shouldn't be in public, or don't know how to e-mail/use a computer. If your e-mail is poorly worded or has huge grammatical errors, or has a link to your blog about you love of romance cooking, I'm going to ignore you. And if you tell me that your parents don't want you living at home anymore because you come home from parties too late you best be believing I'm not going to be passing your info along to the landlord. It's not rocket science people! 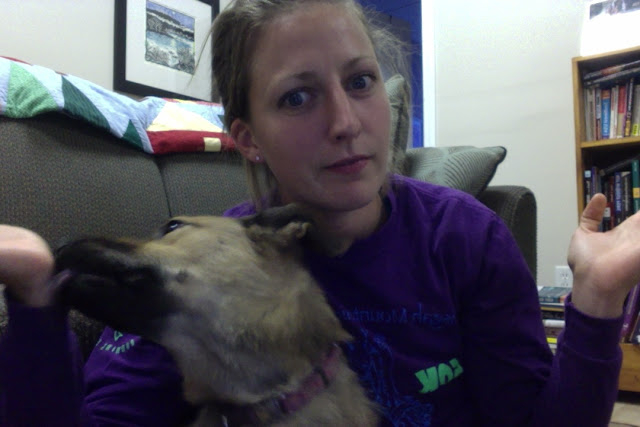 My car leaked a whole bunch of water last weekend and my Dad told me it was probably something real bad, like antifreeze. I took it to the dealer, they called me 2 days later. Nothing wrong with the pipes, just a whole bunch of leaves in the windshield washer drain causing water to flood into my car. Wow did I feel dumb. Good thing I have long eyelashes and can bat them at people and not get charged for being an idiot. 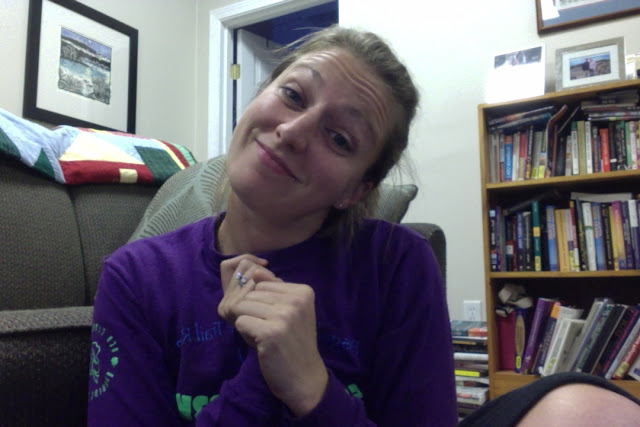 Speaking of eyelashes. I've been getting mine "tinted". It eliminates the need to wear mascara, cha-ching. Penny is super jealous of my long eyelashes. 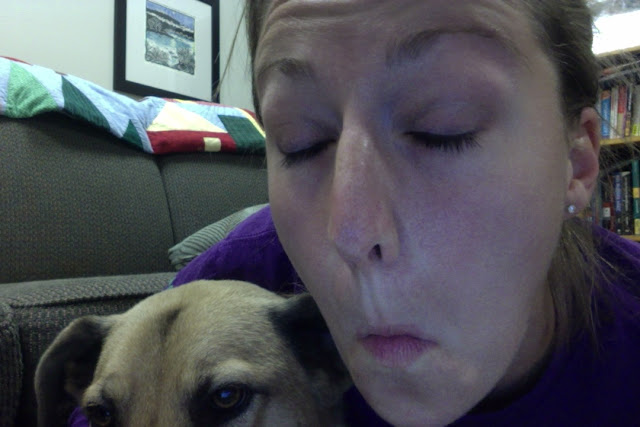 I have to cook dinner tonight! Good thing my mascara won't run while I cry over a pot of terrible food. 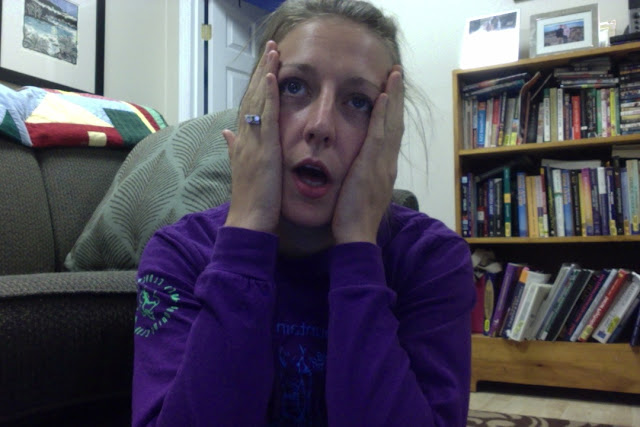 That's enough embarrassment for the day. I swear I have sewed things recently, I just don't want to take my picture in them after practice when I am all sweaty and my hair looks atrocious, see above seven photos.

Labels: life, terrible pictures of me