Paint All The Walls!

Did you know it's May!? How did that happen? I've been on vacation this week and the time sure did go by quickly. Once I realized it was May I also realized I only posted once in April. I'm a bad blogger. The main reason I didn't post is because my hands have been covered in paint for pretty much the last two months.

It started with the trim in the downstairs. It was a blueish grey color, and was very dinged up. We had two professional painters come in to give us estimates on how much painting the trim would cost. The prices they both told us seemed like way too much money. So we undertook the project ourselves. During the process I may have said it would have been worth it to hire a professional, but now that it's done I am glad we just did it ourselves. The left is the before and the right is the after. 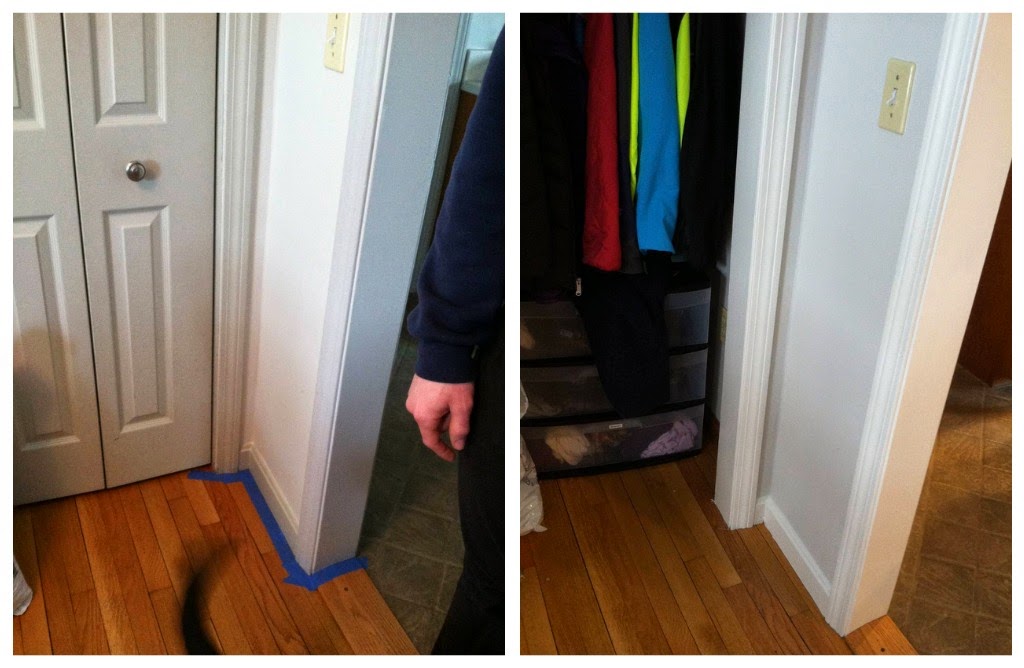 We also didn't just do the trim, we did all of the doors and windows as well. 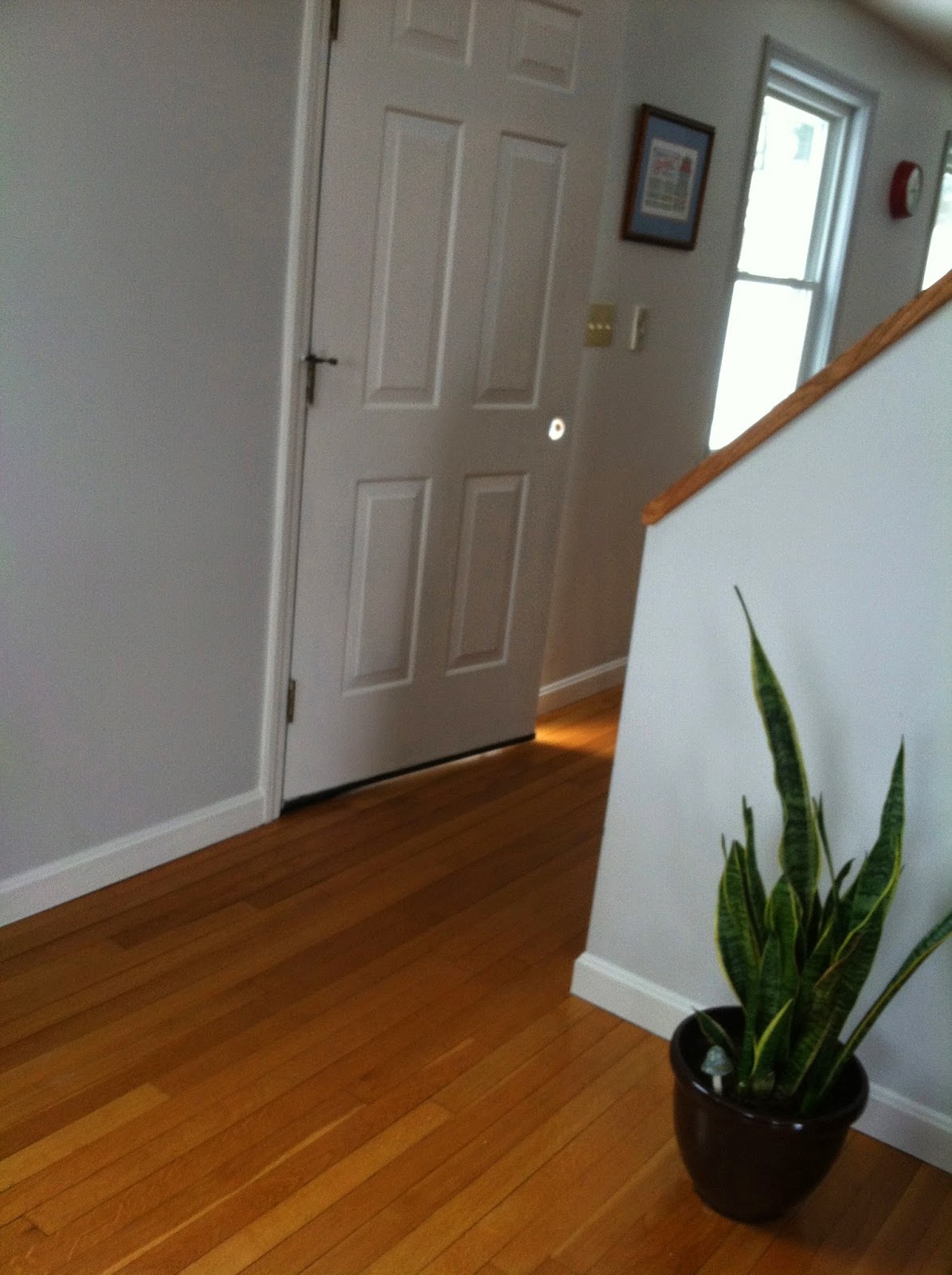 Painting the trim led to painting the bathroom, which as you may recall had bleach stains all down one wall. This project only took us one day. Left is from when we first moved in, and right is the after. If you look closely in the mirror you can see that the cabinets above the washer and dryer are also painted. Charlie undertook that project last summer. 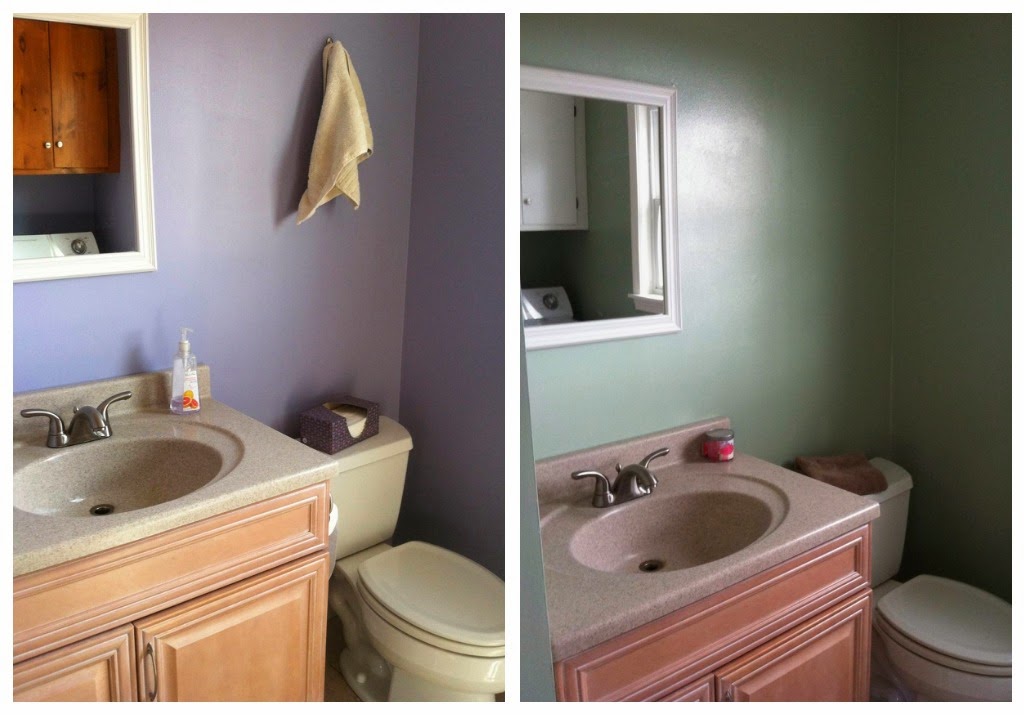 Then we just decided to bite the bullet and paint the walls in the living room and dining room. Charlie had vacation last week so he did all of the rolling, which I stink at. Then last weekend I did the cutting in. I was nervous about going too dark, and also committing to three gallons of paint since it's such a big space with no place to really stop. My step-mom tried to convince me to not pick such a "boring color", then our friends came over and were able to convince me to go one shade darker than the color I had picked.  I only agreed to it after said friend told me it was the color of her living room which I like a lot, so Revere Pewter for the win.  Here is the before (taken the day we moved in): 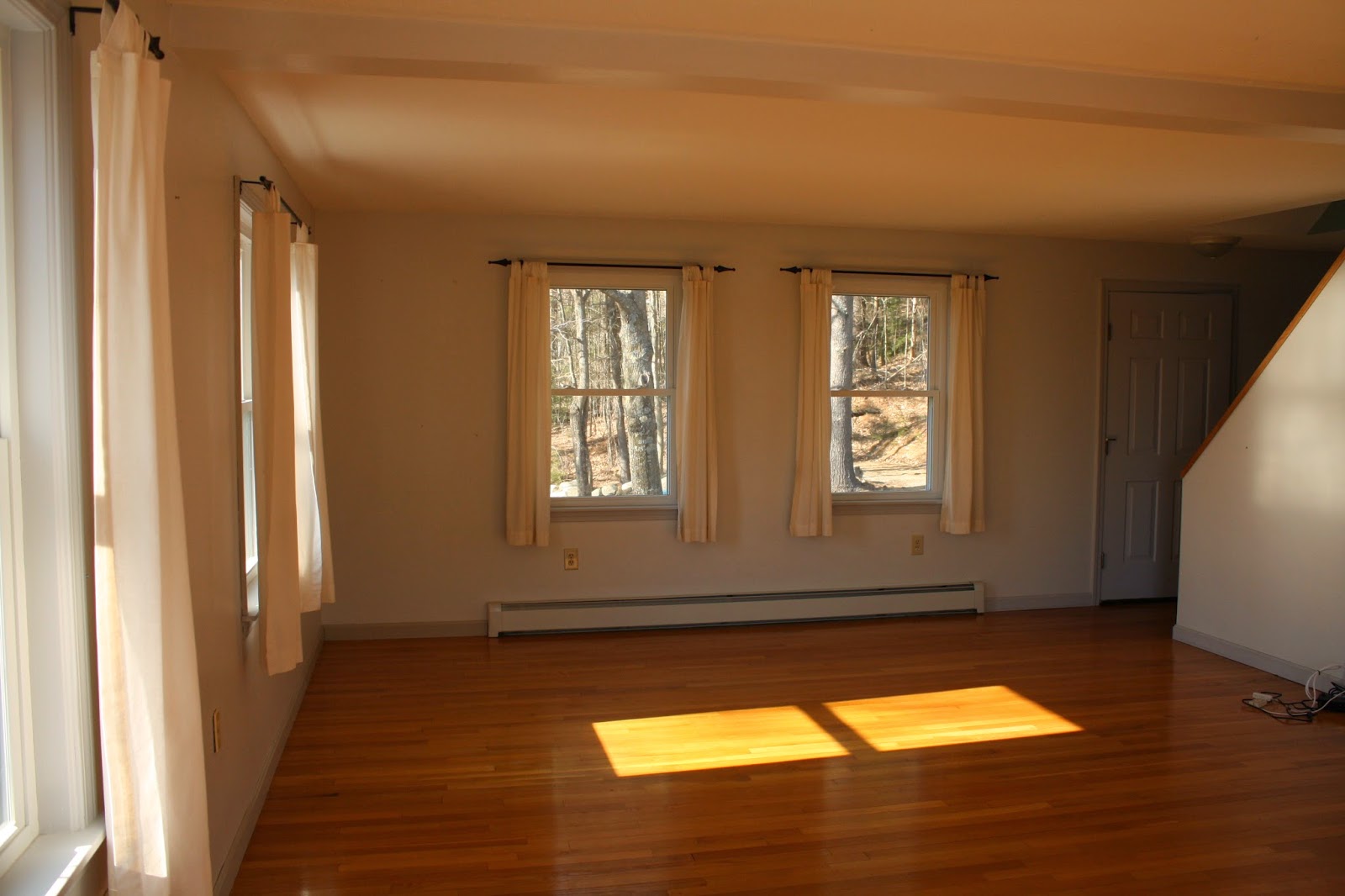 The after with a cute dog for your visual pleasure. Now every wall in the downstairs of our house has been painted. 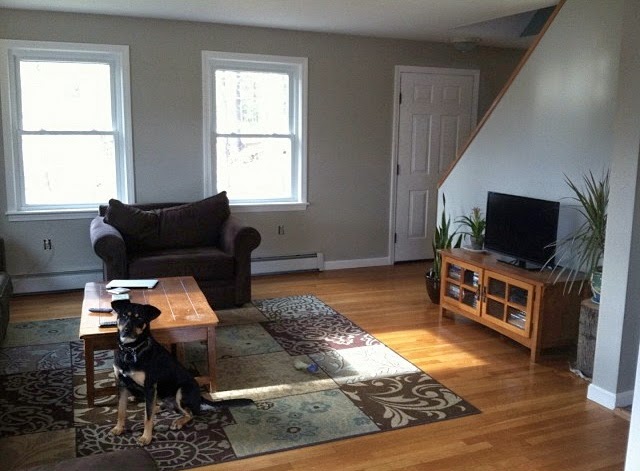 Our friends not only convinced us to go a shade darker on the paint they also mentioned how much better it would look if we replaced the switches and outlets with white ones. When we were taking off the face plates to paint some of the outlets were cracked, many were just dirty and all together gross, and some even looked like they were not done correctly. Once the paint was dry we started to change over the switches and outlets as well as the face plates. It takes a while, and a lot of trips to the basement to turn the fuses on and off, but so far it does look much better. And so far neither of us have electrocuted ourselves. Hope I didn't jinx it. 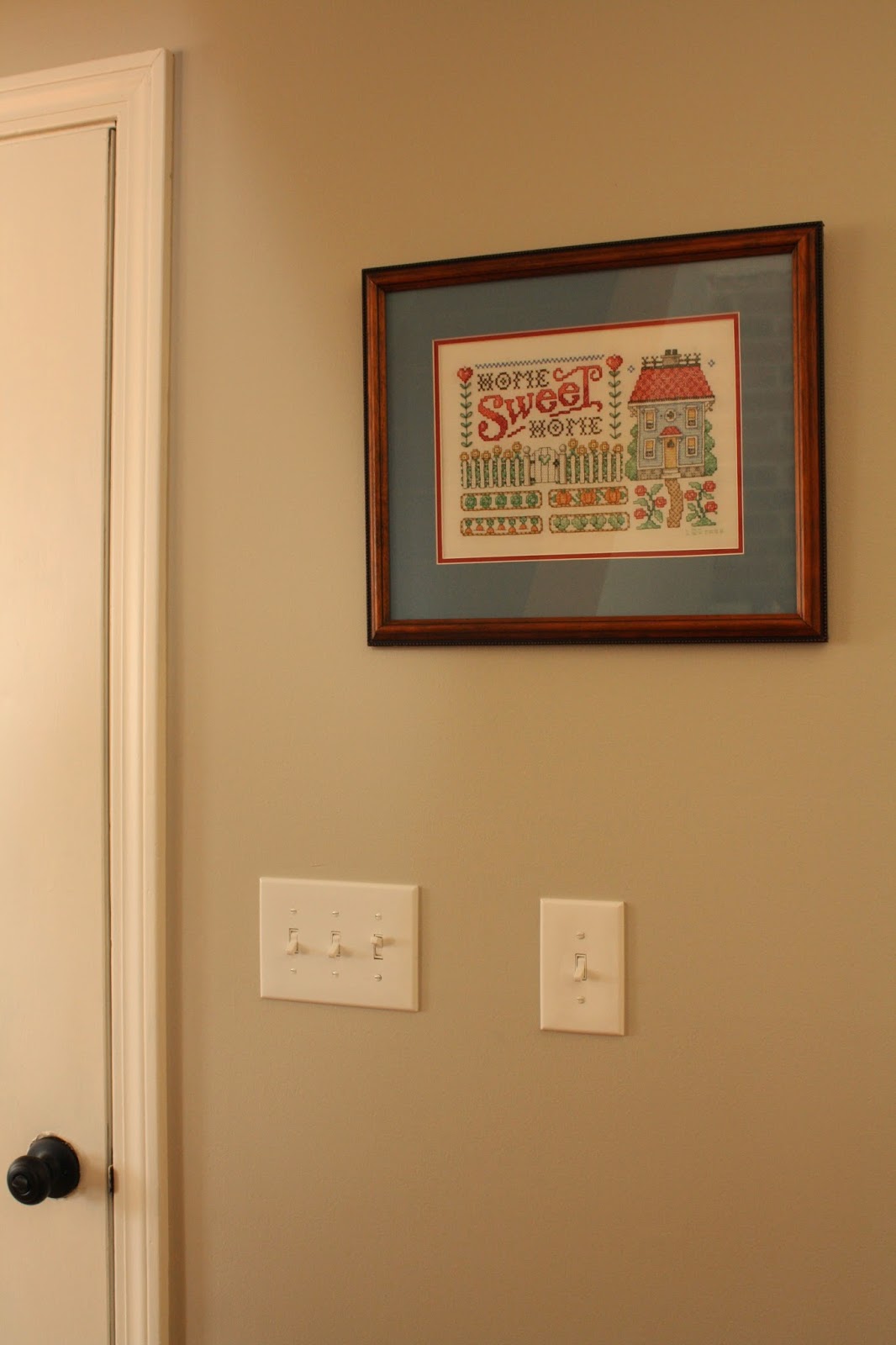 This weekend we are focusing on outdoor projects. Happy Friday!

Lauren
Posted by Lauren at 8:16 PM