Flowery Skirt; I Can't Think Of A Good Title Name

This is the third time I've made this pattern so it was pretty easy. No mistakes even! And it only took me 3 episodes of Scandal (my new favorite show on Netfilx). It's Simplicity 2226. My only complaint was that the belt kept riding up the the top of the skirt and not staying in the middle. I could sew the belt loops smaller but I think that would look funny so I'll probably keep it this way. The belt doesn't do much anyways except add some visual interest....and now that I look at this pictures; clash with my boots. It's Spring so wearing boots was annoying anyways, but it's dreary and rainy here so boots it was. 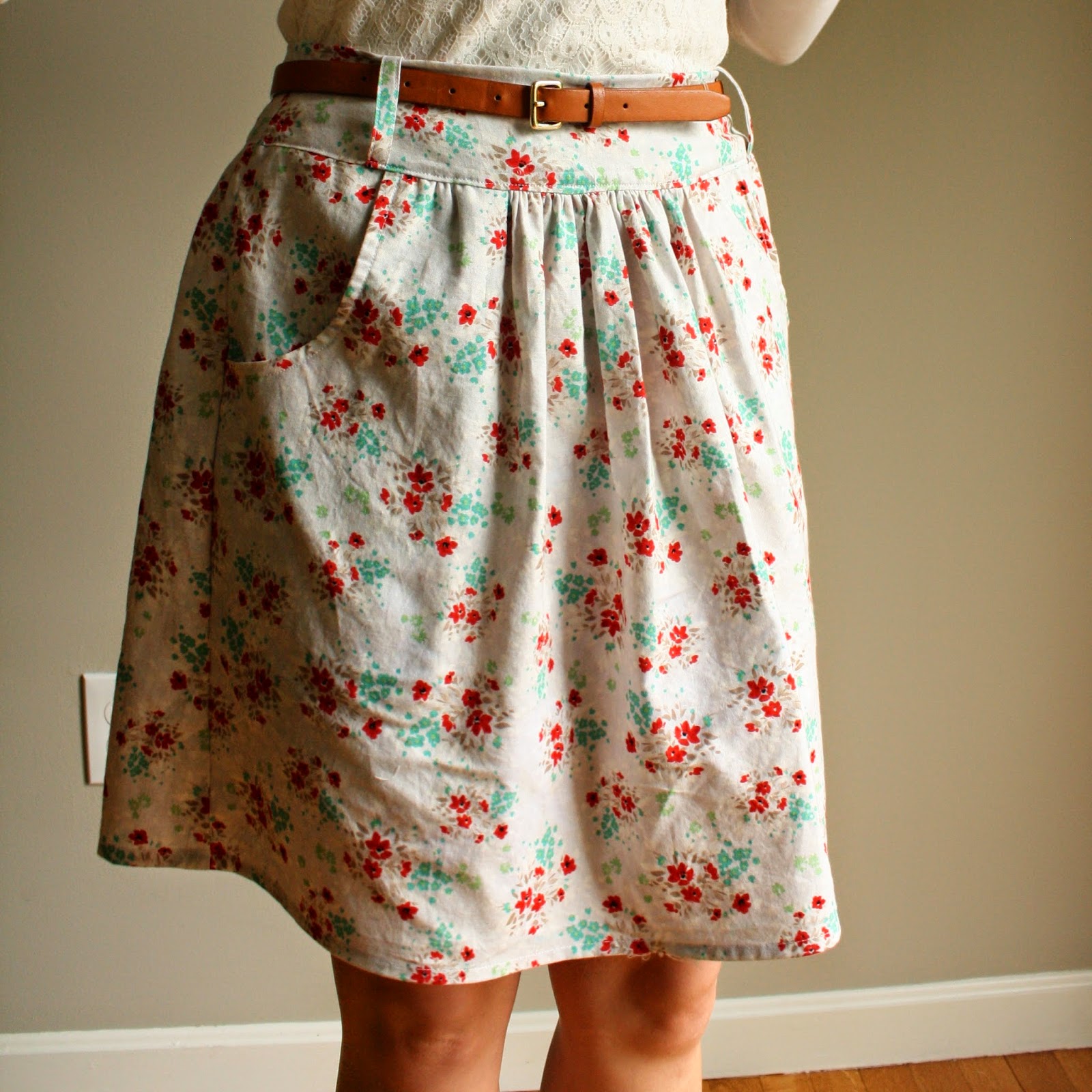 Blaze helped me with the photo shoot this morning. Penny is too camera shy. 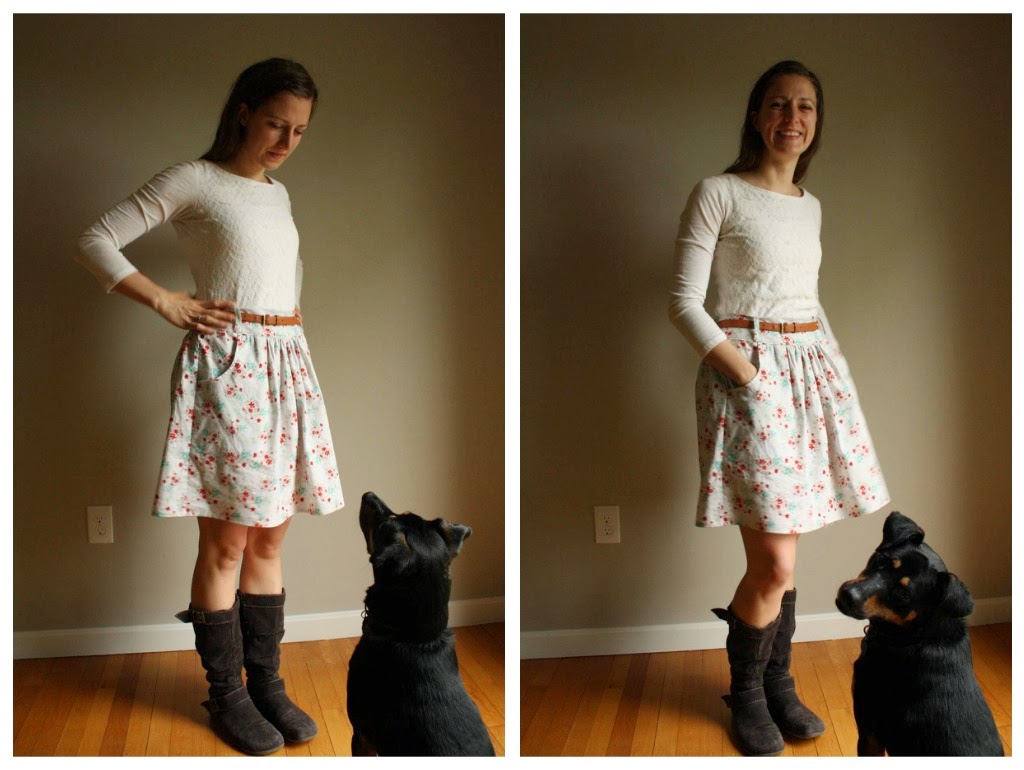 I tried to have one new outfit per week for Me Made May, but despite being easy this one took me too long, and the other thing I was working on turned out to be a big huge flop. Oh well, good thing I have enough items in reserve. 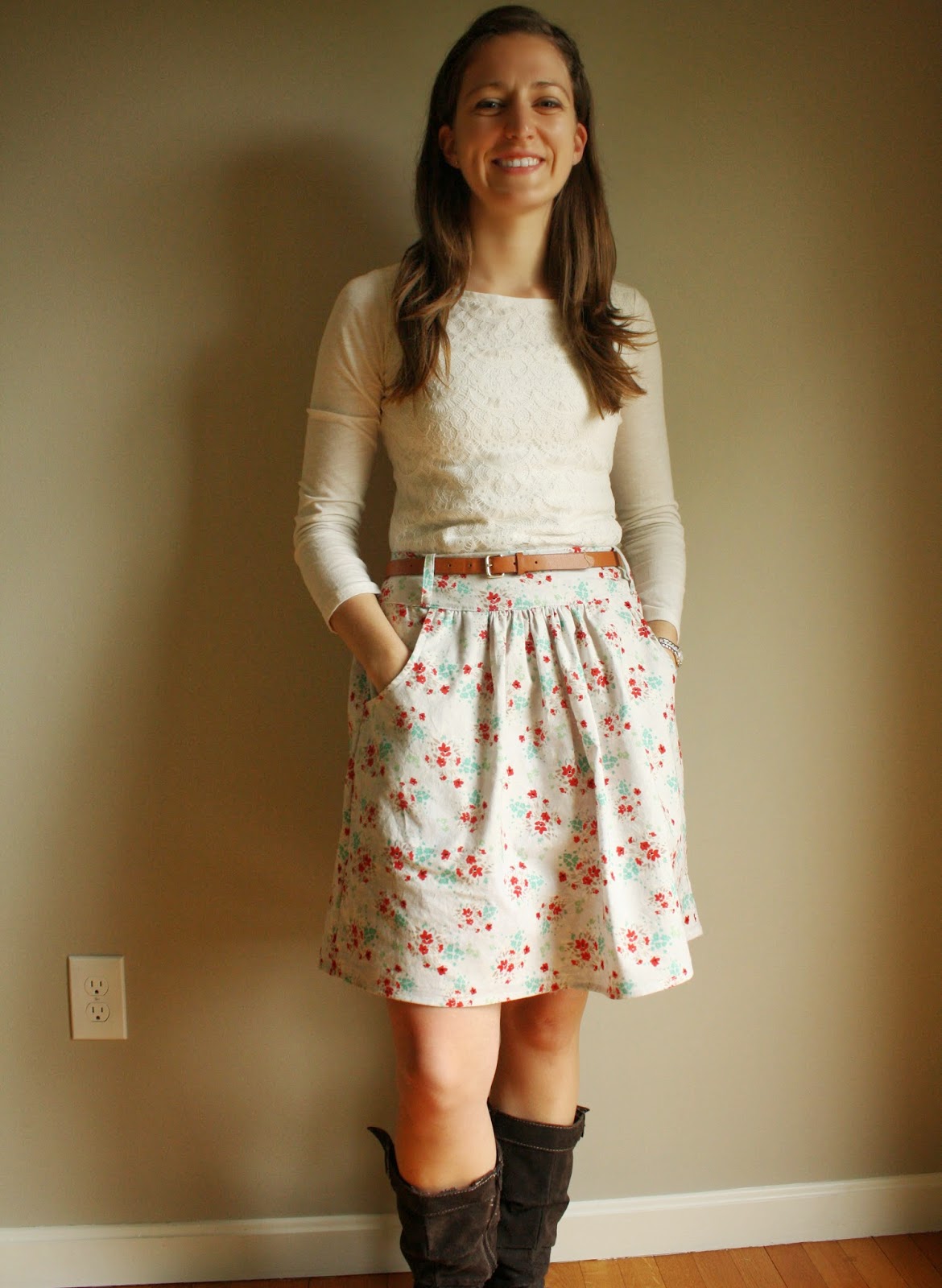 I also will be too busy sewing with my new fat quarter bundle of Arizona fabrics that I won! I never win anything. I can't decide what to sew with it. It's all too pretty and nice. 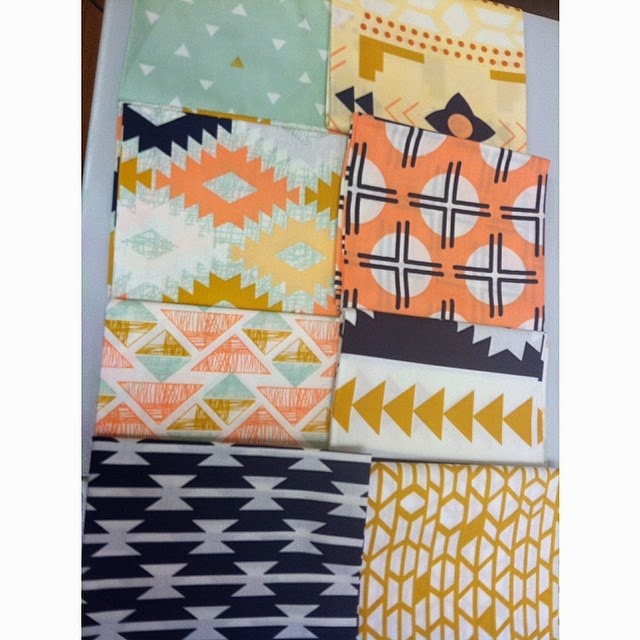