Well it's April 6th, so I figured it would be a good time to recap my no spend  March. It was a success until about the 21st of March. Up until then I had only spend $20 on skis for Charlie to do a craft project, and $11 to go out for nachos and a beer with my friends. Since I don't have a lot of friends around here I figured it would be silly of me to turn down an opportunity to see my friends just to save some money. Then while I was in Plymouth for a class I had to buy dog bones for the dogs and ended up buying other things I "needed" from Walmart. We also decided to kick off a month long (ha, two month is more like it) process of painting the downstairs. We had the paint already purchased but brushes and painters tape were bought to help the process. I figured if we were not going to go anywhere we could at least paint/ be useful while at home.

Some unexpected things did come up which forced me to spend money. The biggest was that Blaze chewed my expensive night guard that I use so I don't grind my teeth to tiny numbs and wake up feeling terrible. I had to go to the dentist and get fitted for a new one, that cost a pretty penny. Before you tell me to just buy the cheap ones from Rite Aid let me tell you that I grind through those babies in about 2 weeks. My last one was approximately 11 years old though so it was probably time for a new one anyways. Whenever I spent the night with friends I would always have to apologize profusely for my hideous morning breath.  Wow... that went off topic. Now you know something you probably didn't know about me. I also have to use prescription toothpaste because my teeth are so porous I just look at sugar and get a cavity. Too much information?

My one big splurge was to buy two PDF patterns that I have been pining for. When they went on sale for 25% off I just knew I had to get them. It was a sign.

I did feel good not spending money. I also feel like I wasted less time, since I wasn't just aimlessly shopping. My once recommendation if you do one of these challenges is to be on the same page as your spouse. Charlie was not into the no spend month idea and whenever he came home with something he had purchased I seethed with jealousy.

Six days into April and I have bought more paint (seriously, it's going to take us forever), some seed starting supplies, supplies to make a wreath, a new water bottle and a tiny ceramic elephant. Who doesn't need a tiny ceramic elephant for their bathroom? Honestly that thing was irresistible. We also got take out. It was nice not going out to eat but I was craving some Chinese. 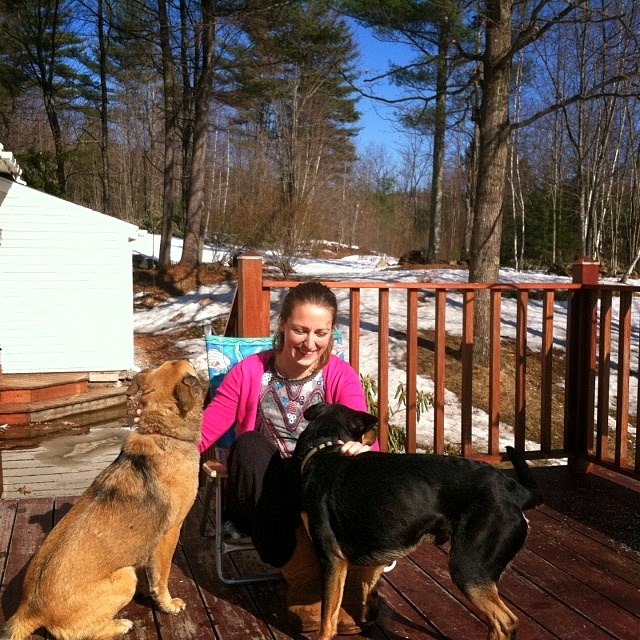