Monday mornings are a lot less sucky when you have a new outfit to wear. Which is exactly why I spent the majority of the day on Sunday sewing this skirt. I also went to see Divergent, so basically I sat on my butt all day yesterday, it was great. 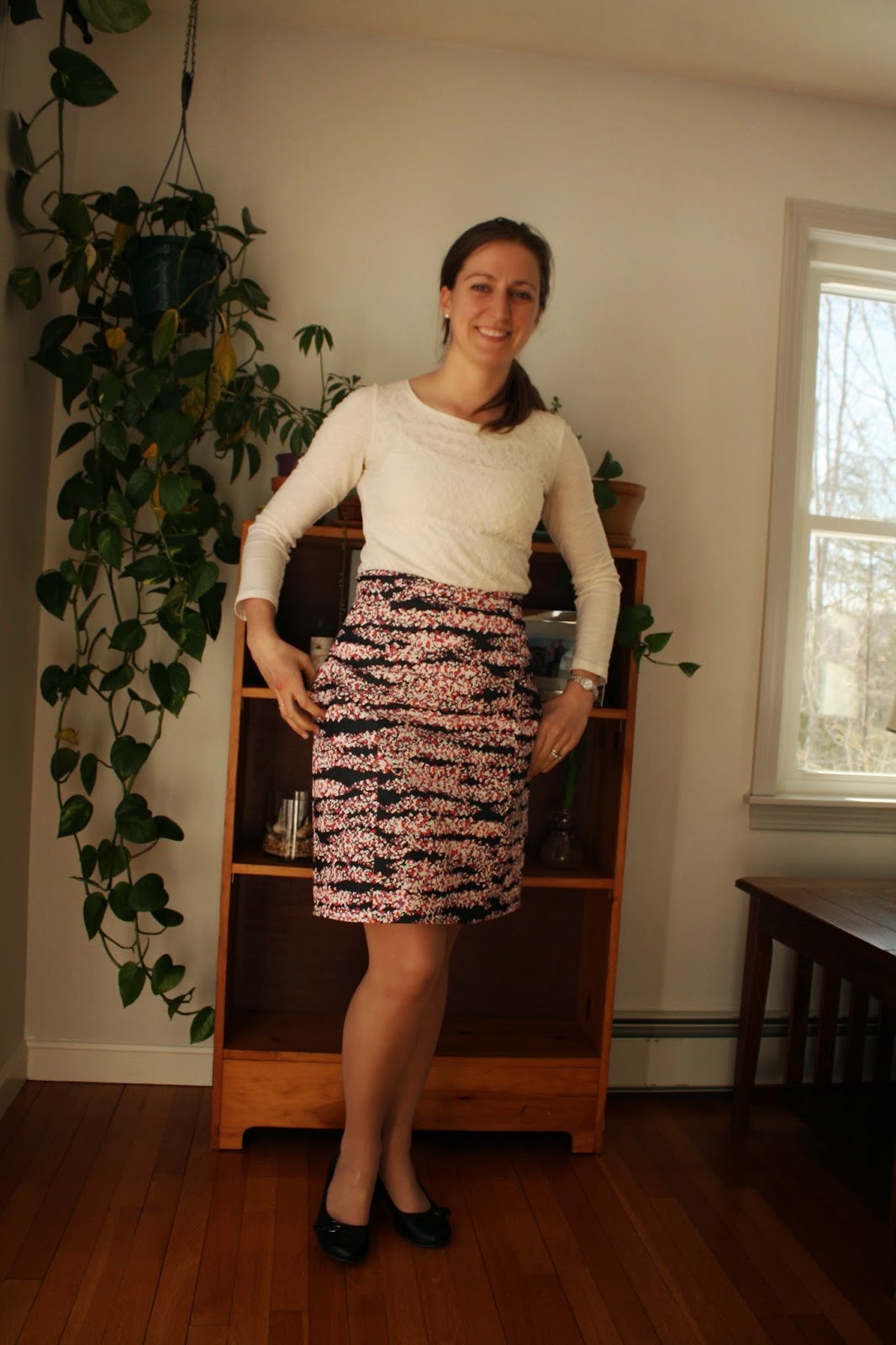 The skirt is from the Beignet pattern by Colette. (Side note, I actually have no idea how to say the word beignet, I know it's French and is a word for a pastry like a fritter. "Fritter skirt" just doesn't have a good ring to it though.) The pattern as is calls for 12 buttons down the front. In all honesty, I sewed one skirt with this pattern already and have bought buttons, but can't get myself to sew button holes because I am too afraid I'll mess it all up. So my first skirt is still sitting in the sewing room button-less. While searching other blogs for tips on sewing in twill tape to the skirt I found one that Andrea had made with no buttons and a zipper in the back instead. Invisible zippers are much more appealing to me than 12 buttons, so I modified the pattern. 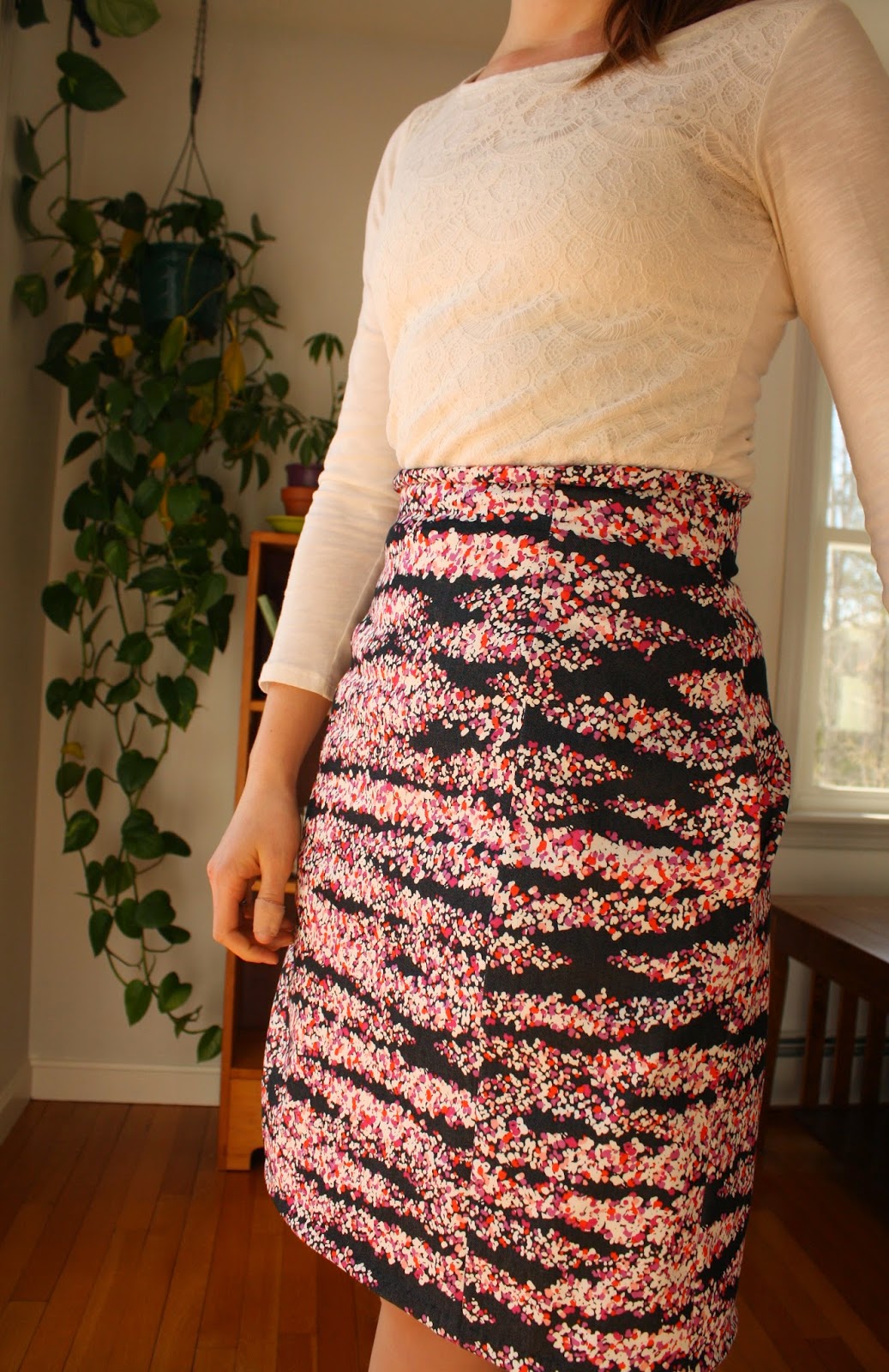 I even got to use my invisible zipper foot, which was a Christmas present a few years ago from my in-laws. It seemed like a frivolous wish at the time, but now zippers take me one try and 3 minutes instead of eight tries, lots of seam ripping and subsequent cursing, and approximately 45 minutes. 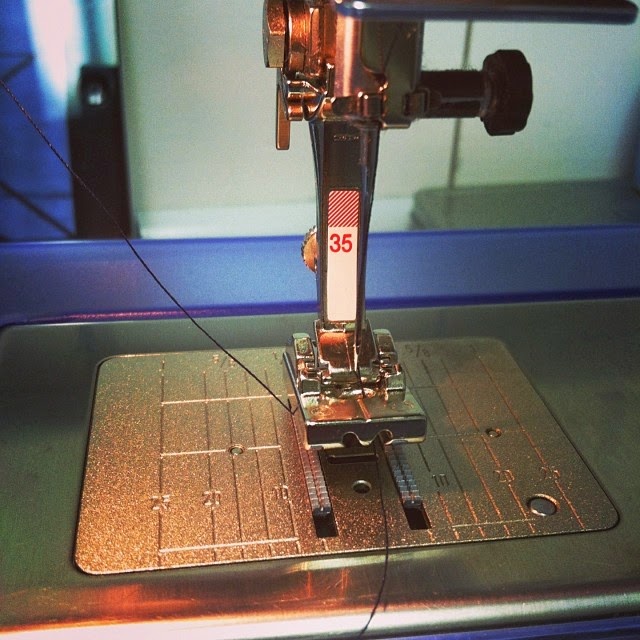 I like the result. It's spring-ish without being too in your face about it. 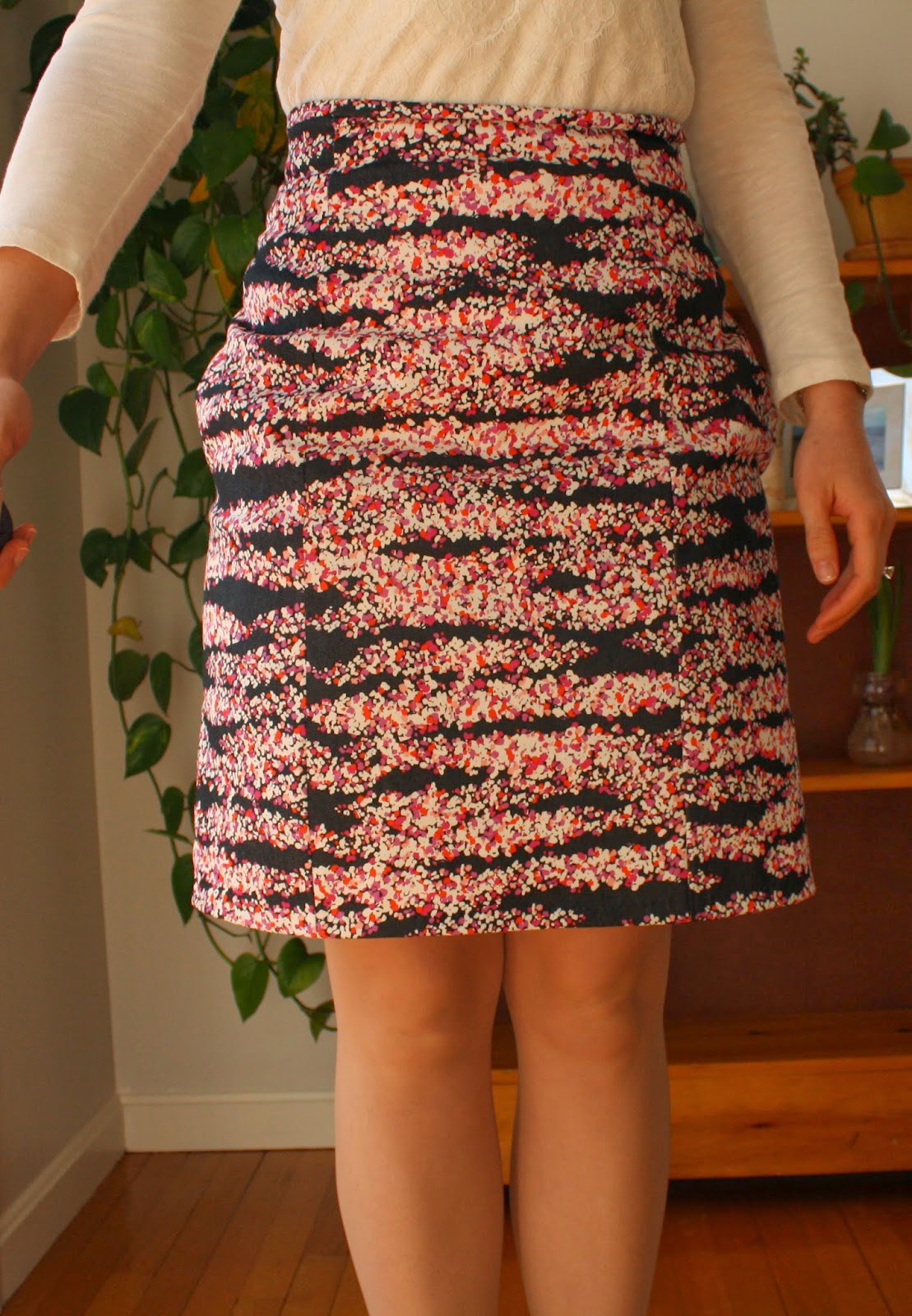 To modify it I cut the front piece (A) on the fold and took out about 2 inches, which accounts for the overlap for the buttons. For the back piece (D) Instead of cutting on the fold I cut two separate pieces leaving an inch for seam allowances. The lining was created the same way with some general fudging/guessing for a few parts.

Lastly, I shortened the skirt by a little over an inch. I don't have to queen telling me to lengthen my hem, so it's okay. I do have a dog telling me to take him outside though. 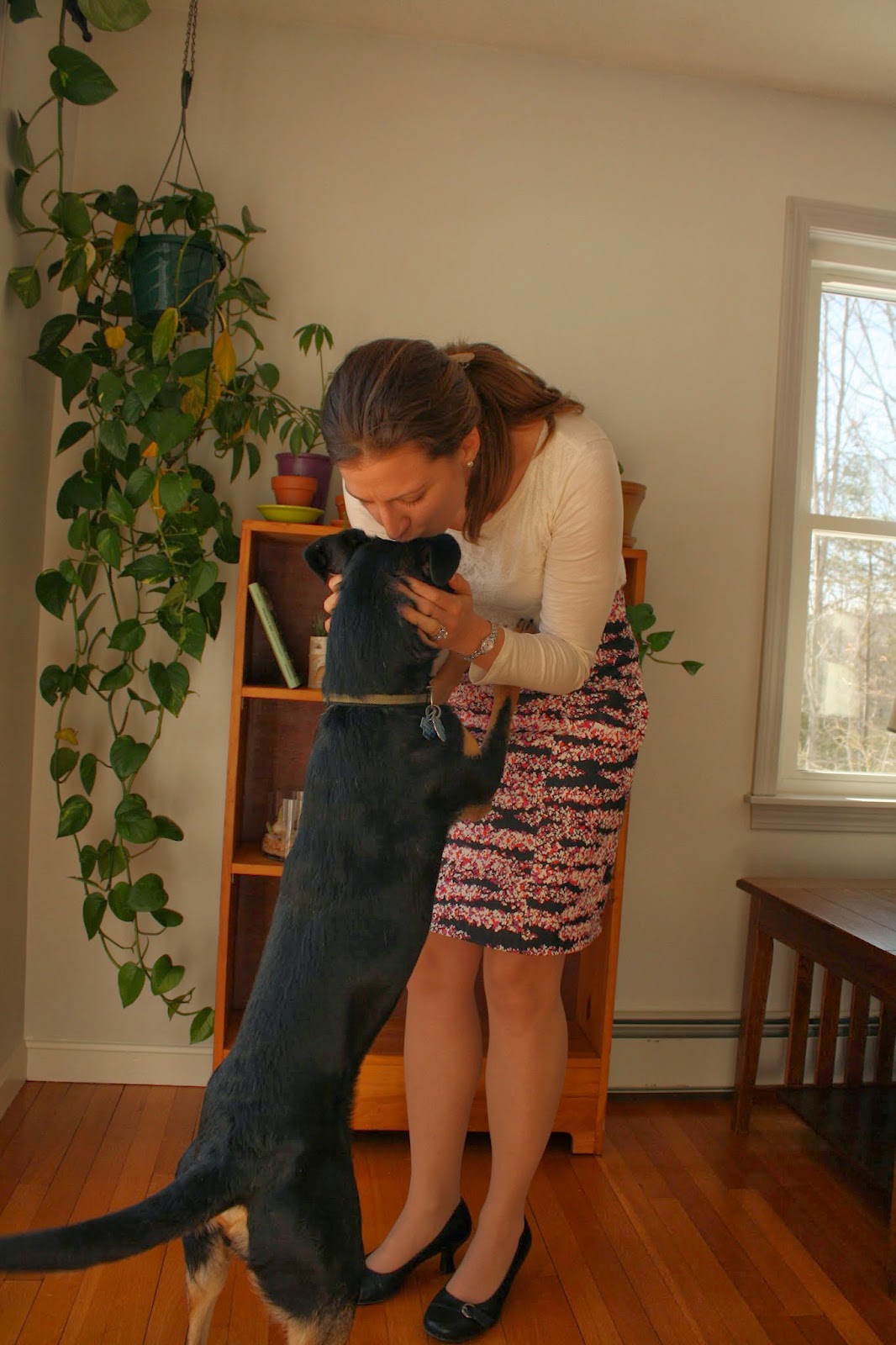 Let's hope my spring attire will actually bring some spring weather.
Posted by Lauren at 4:44 PM