It's no secret that I love any pattern made by Rae or Made By Rae. The Josephine top/tunic pattern is no different. It was so easy to make, and came together really well. I made this originally as a muslin because I thought the white Swiss dot fabric would be too see-through to be wearable. Lucky for me it isn't, at least I don't think. 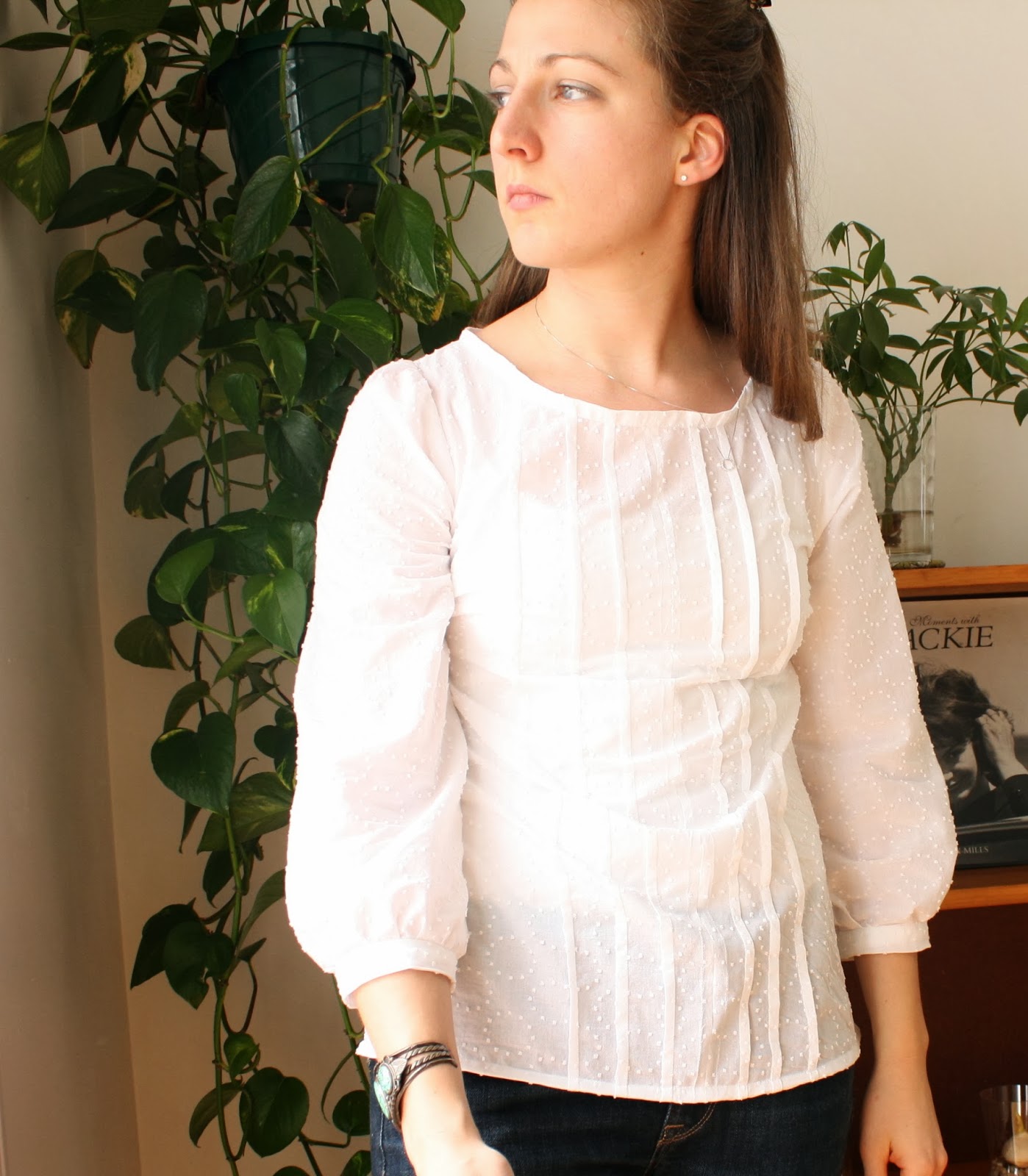 I really like the tucks/pleats in the front. It adds something different than other shirt patterns I've made before. I accidentally cut out view C so I had to sew the middle together instead of having no seam through the middle of the shirt. Oops. Don't think anyone will notice though. 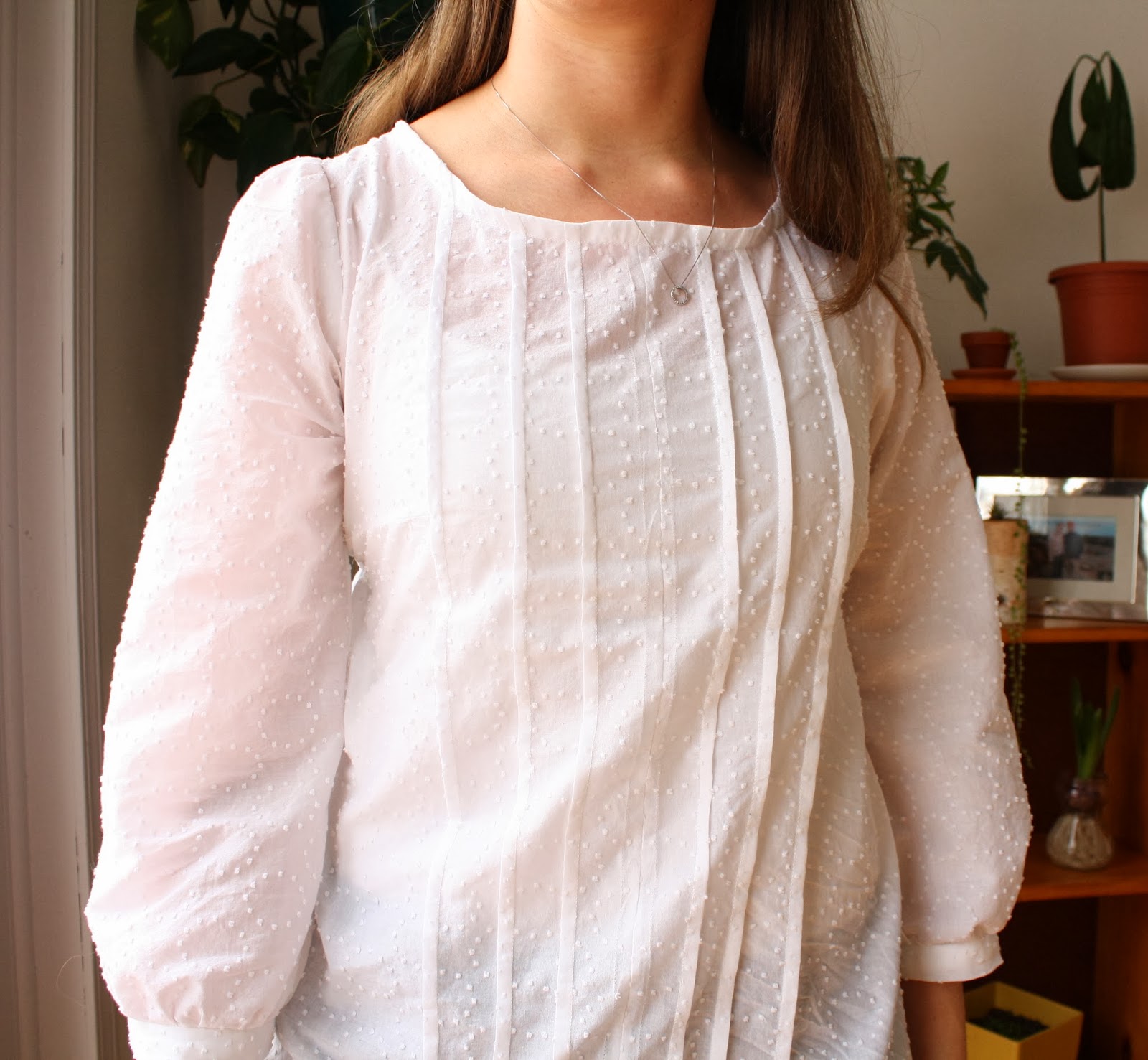 I was a little worried the sleeves would be a bit too puffy for my (or Jerry Seinfeld's) taste, because no one likes to look like a pirate. Fortunately, there is just enough puff to be cute, and not enough to cross the line into pirate. 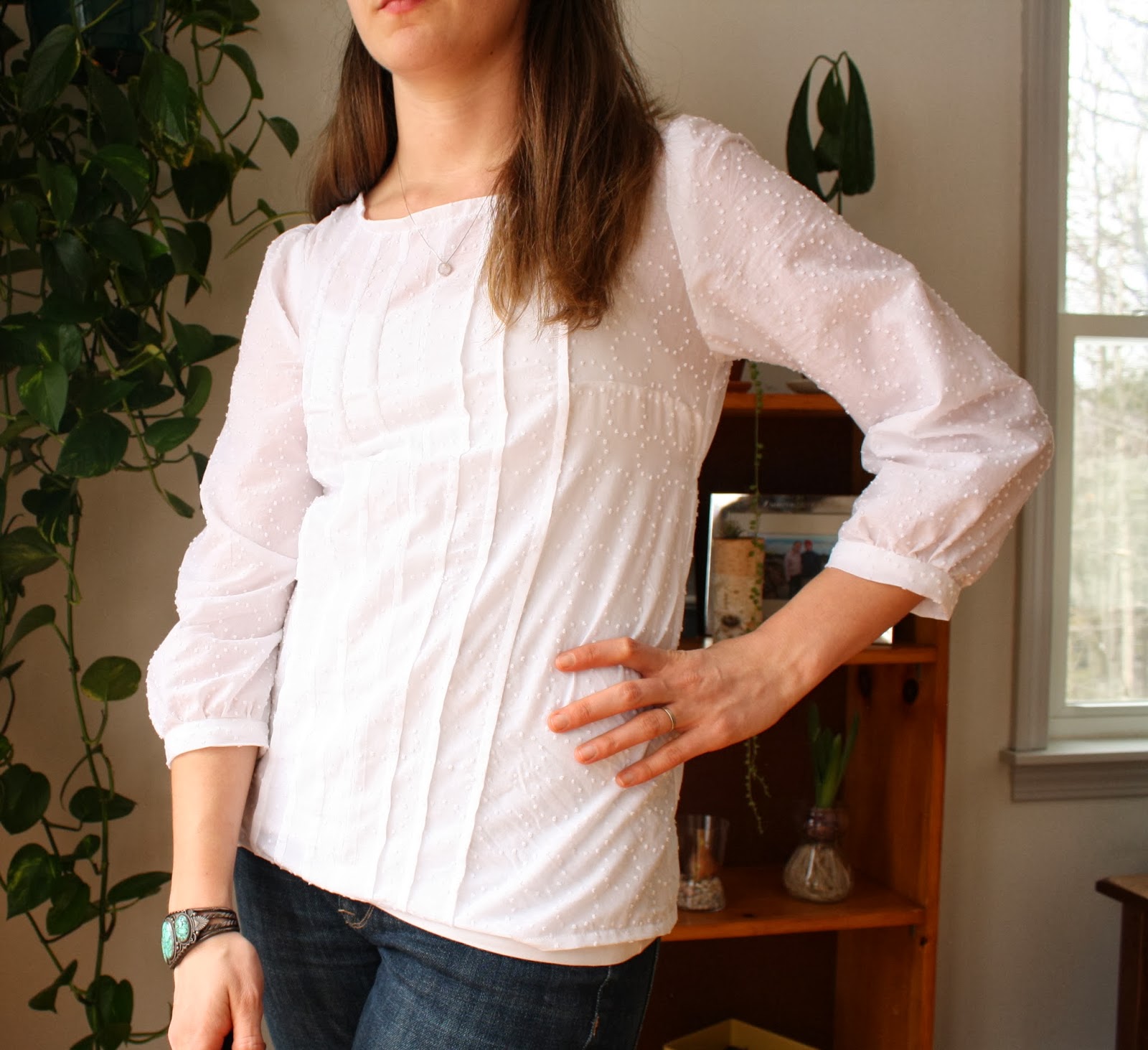 Also, you can't really tell, but there is an elastic casing in the back which adds some shape to the top. It's only included in one of the three pattern views, but I think I would add it to all of the ones I make in the future. 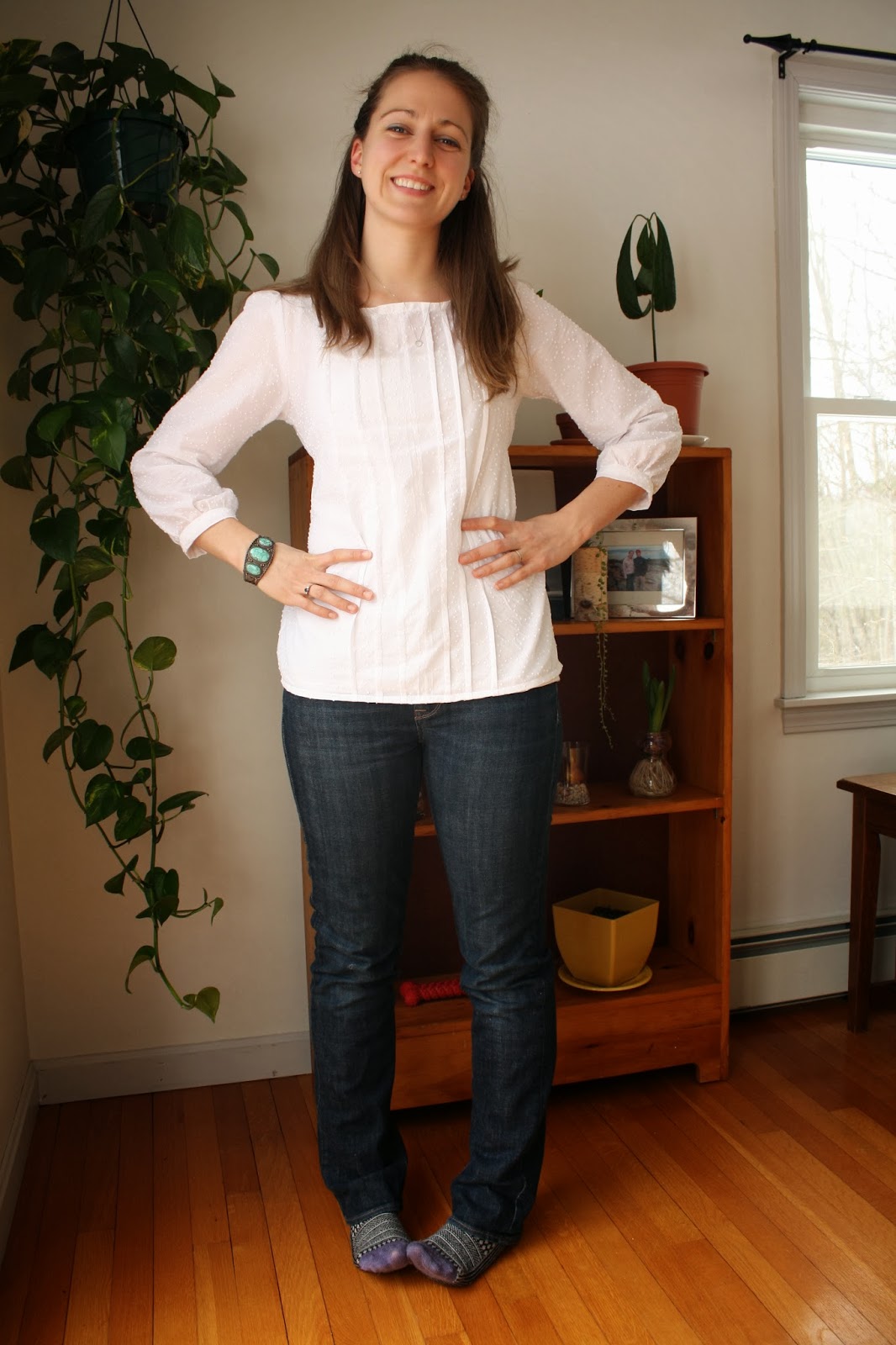 I already have plans to make another one. And as I just typed that last sentence I realized I have already spilled something on this shirt. So much for March being a lucky month for me. Peanut butter. That's what's on the sleeve. Maybe Penny or Blaze will lick it off for me.

Lauren
Posted by Lauren at 2:52 PM