It's been a while since I last posted. I figured you're just dying to know what we've been doing. Mostly, we've been starting school again, thus doing a lot less around the house. The laundry is suffering. We both had Friday off from work though so we got some painting finished. Saturday we went to a fantastic wedding and Sunday we did some projects. Today was rainy so we ran and went swimming and did a whole lot of relaxing. Here's the run down:

The front door was a very cobalt blue, which matched the shutters but did not really appeal to me. 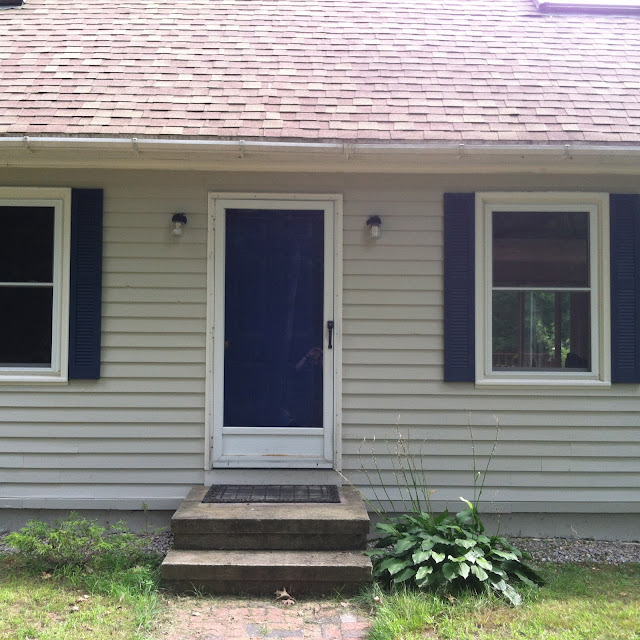 We painted it a grayish color. I am not sure if I really love it, Charlie says he does though. One thing this made me realize is that we need a new door knob. We also have plans to put new lights outside and do something different with the front steps. I'd also like a screen door instead of the storm door, that's being debated though. Why must one simple project lead you to want to change four other things? A new color is a good start I suppose. 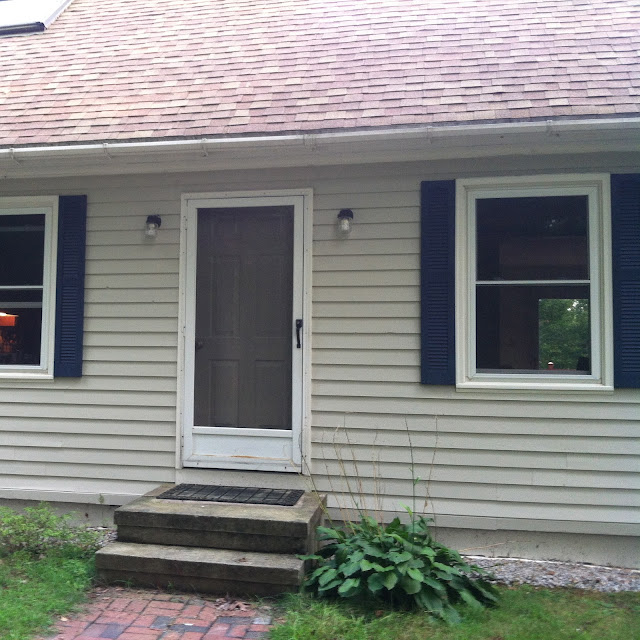 While I was at work last week Charlie stacked all of the random logs that were on the property. He's ohh so proud. 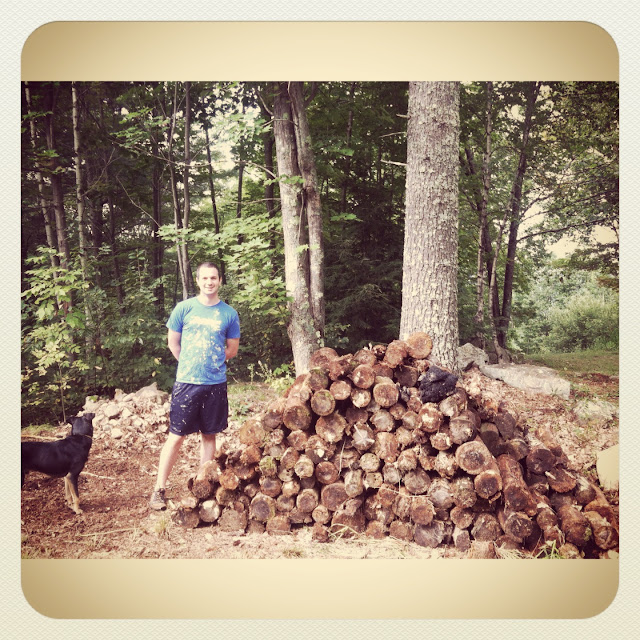 Yesterday after we got home from the wedding Charlie built a fire pit. We also dug up a bunch of flag stone (I think that's what they're called) and made a path to the fire pit and to the compost bin. All of the stones were found on the property so these projects were F-R-E-E. 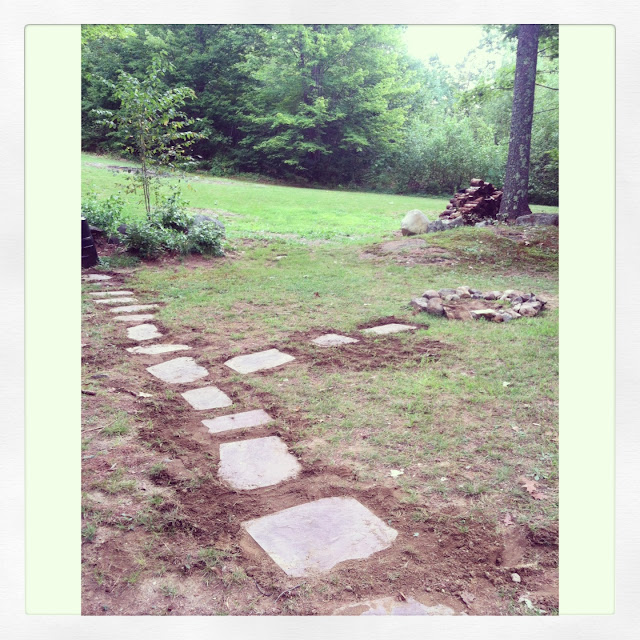 While Charlie was doing making the fire ring I dug up all the weeds in our "herb" garden. It was all chives and weeds. Then I transplanted a sage plant and my basil plant. Hopefully even thought the plants are now 10 steps from the door, not 2, I'll still remember to water them. Fresh basil on pasta and pizza has been very nice all summer long. 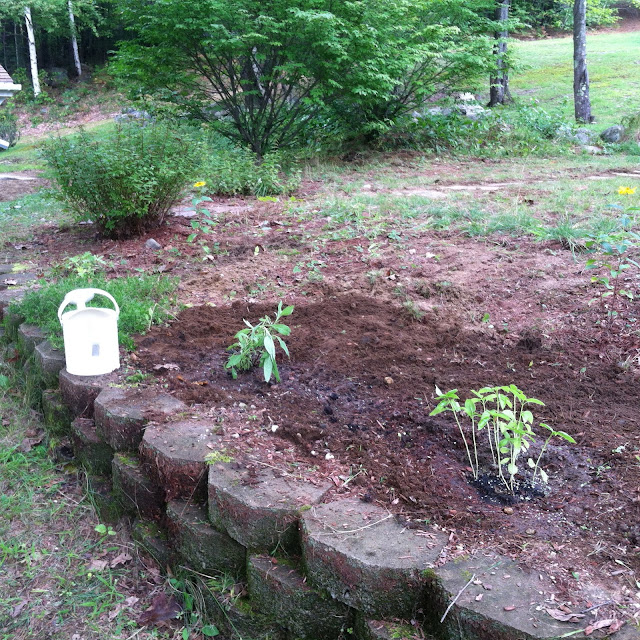 Speaking of growing, the tomato plants are doing very well. I eat most of what grows before I even come inside the house. 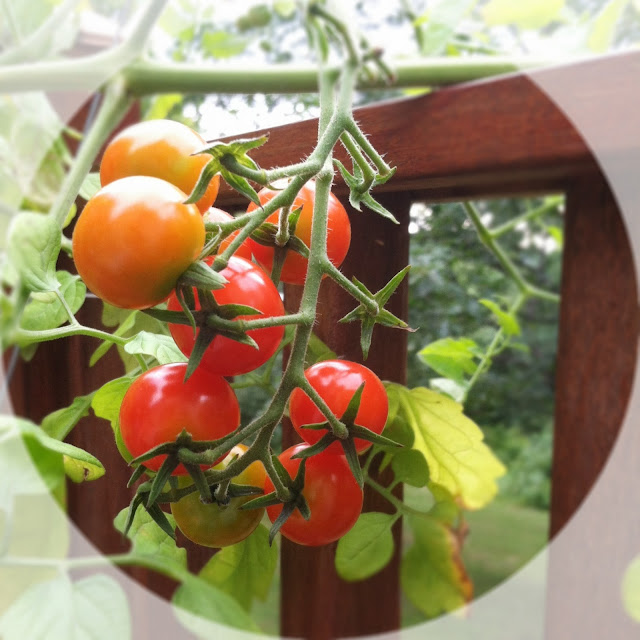 Last, but certainly not least; the shed! Here is the before, it was run down, paint was chipping, and mice were living inside. 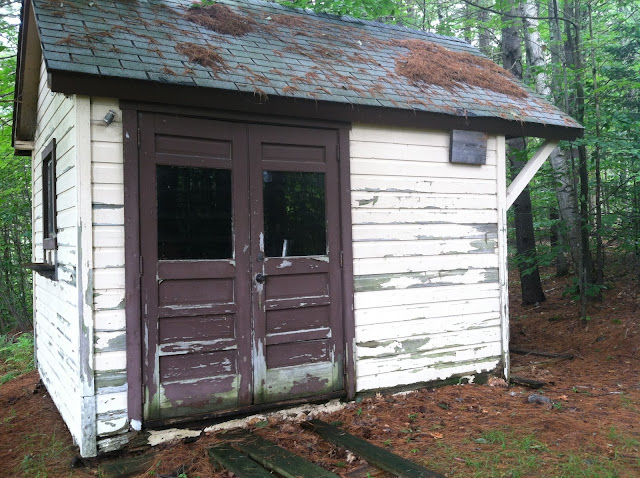 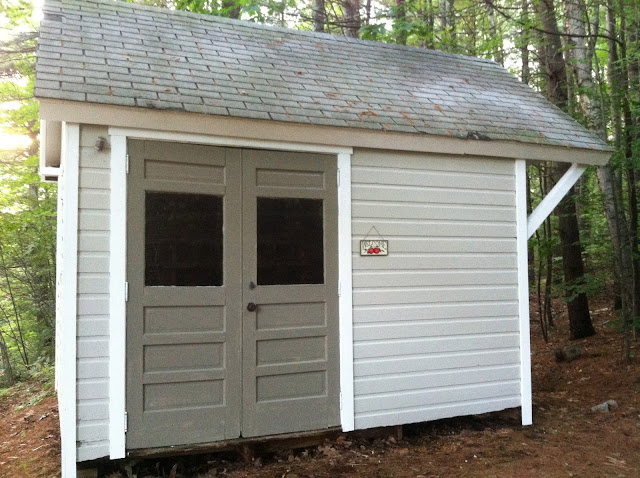 Charlie cleaned the roof, cut down some of the trees close to the shed, cleaned out the mice droppings, and fixed the broken window. We painted the siding, trim and doors. We still need to get a replacement board for under the door. I'd also like to get a window box full of fake flowers for some pizzaz, but Charlie says that's ridiculous for a shed.

That's all for now. I am pooped just typing about all this work. We still have a little bit more painting to do, I'm hoping to be done soon. I am sure it will just lead to more painting though. Oy!

Hope you had a great long weekend!

Labels: our house, outside, painting, plants