My brother in law told me he wanted to hear more about my marathon training so you can blame him for this rambling post.

First off, if you're wondering how I can train for a marathon and not lose any weight here is your answer: 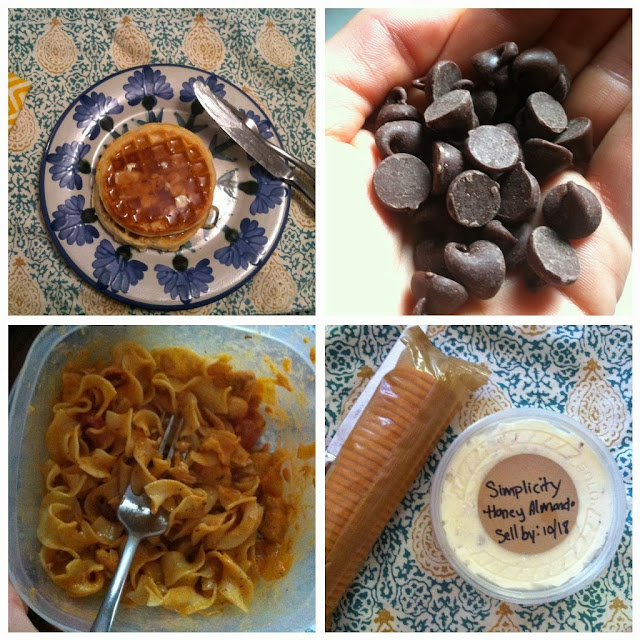 This is everything I've eaten today, up until 5 pm. I hate Gu, and can't seem to make it to a store that sells other running energy food so I just eat handfuls of chocolate chips when I run. Seems to be working well thus far. Also, the chicken and noodles meal isn't mine, I ate mine before I remembered to take a picture. And the goat cheese is to die for.

My training consists of running 4 days a week with the cross country kids. I was previously running with the fast kids and then looping back to check on the slow kids. Well, now that the faster kids are faster and the slower kids are....well, the same, I run with the middle of the pack kids and then usually just wait for the slower kids to get back. Runs average about 2-3 miles. Then on the weekends I do one long run. Today's long run was 16 miles. It went my more smoothly than my 15 mile run last weekend, during which I cried (3 tears) and tried multiple times to call Charlie to pick me up, to no avail.

The first step is to map out my run. I use daily mile. The NH Marathon/Half Marathon are next weekend and the course goes around the lake so I figured that would be a run loop. I did it the opposite way that the marathon will go, and also did 10 miles less than the marathon. 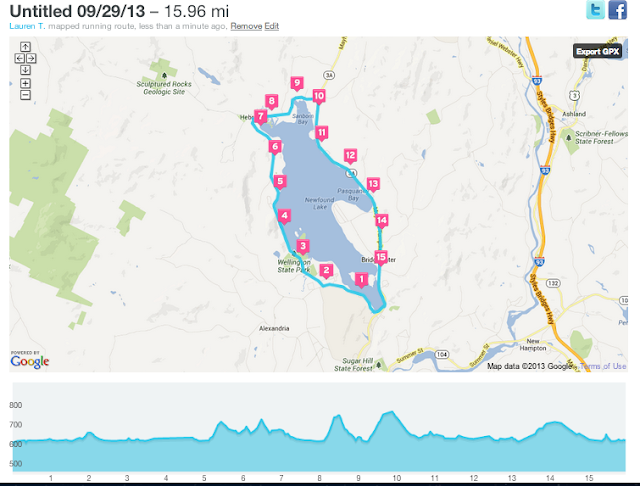 Check out that elevation profile. Barf. I drove to the lake and it was super foggy. This made me worry a little bit about being hit by a car, but I was wearing bright colored clothes so I set off. I also forgot my watch at home so I used my phone and then just tried to guess where I was in terms of distance. This picture was taken at my car. 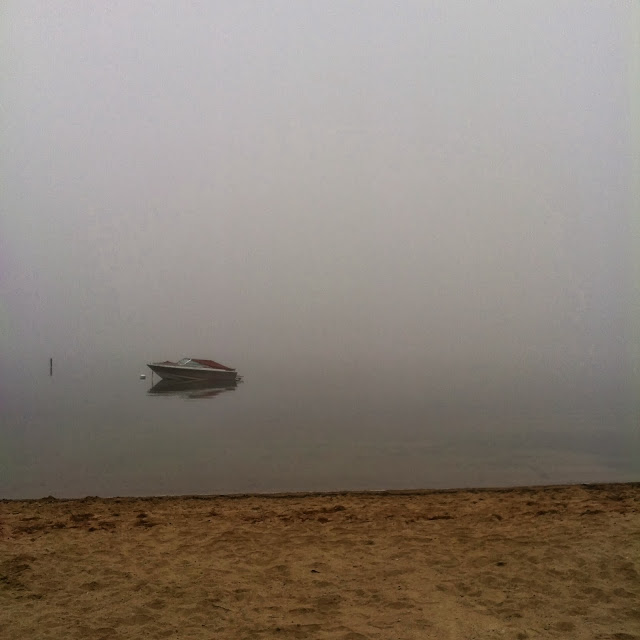 By mile 3-4ish it had cleared up quite a bit. This is Wellington State Park. 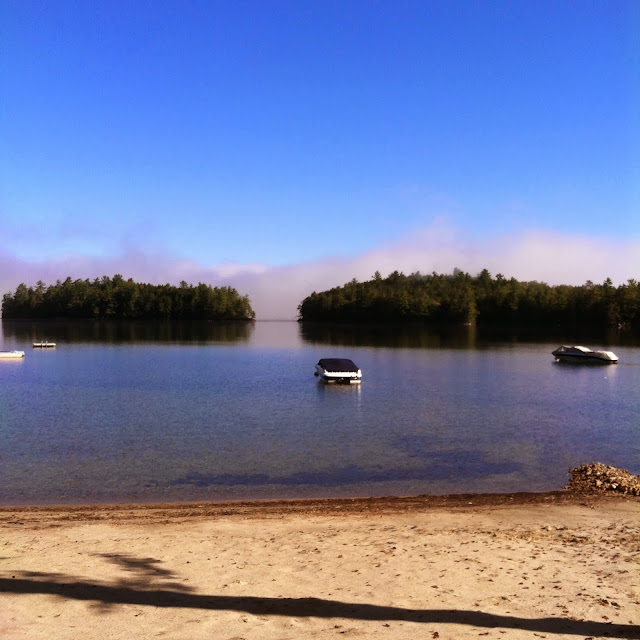 The cove was clear but the rest of the lake was quite foggy. Kind of spooky. 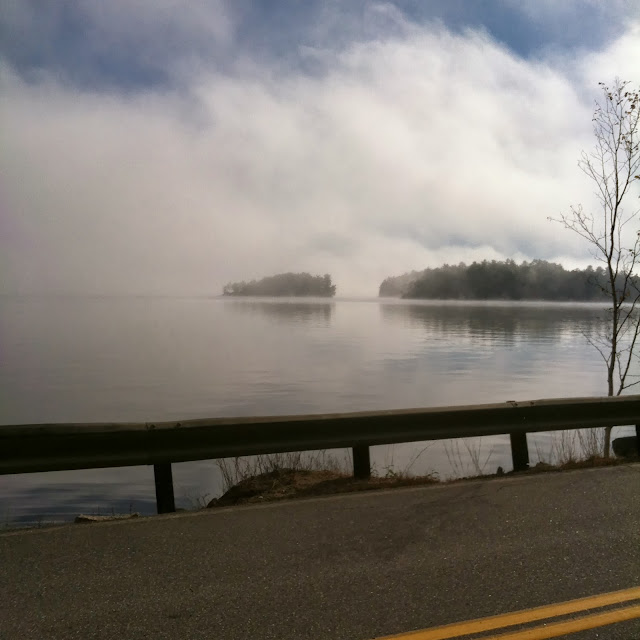 This area is the one reason I was scared to do this run, and have lived here for 3+ years and haven't done it. The Ledges. There is a huge rock ledge on the left, a very little shoulder, the road, and then the lake. Whenever we drive by here I always tell Charlie that the lake is 100 or more feet deep right off of the ledge and he calls me Nevan (my dad's name) because my dad tells the same stories over and over and I guess I do too. 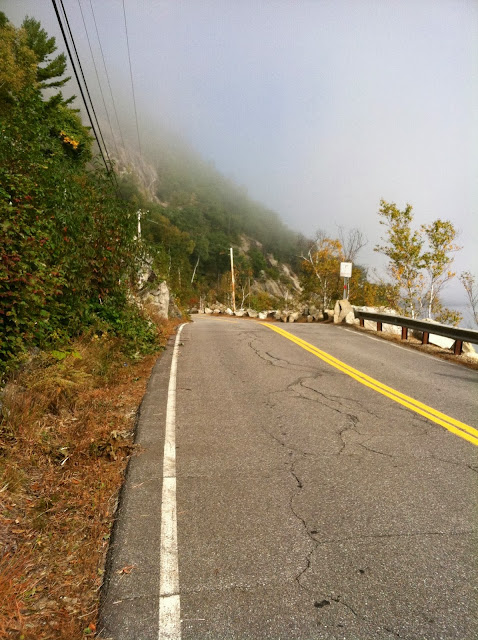 By mile 8 I had to walk up that killer hill so I called my Dad. It makes me look less lame (at least I think so) when I am walking up a hill and talking on the phone than just walking up the hill. I feel like it makes me look super important. "Look at the girl, she's our running and she's talking on the phone, she must be really popular or has a super important job." That's probably not even close to what people really think though. 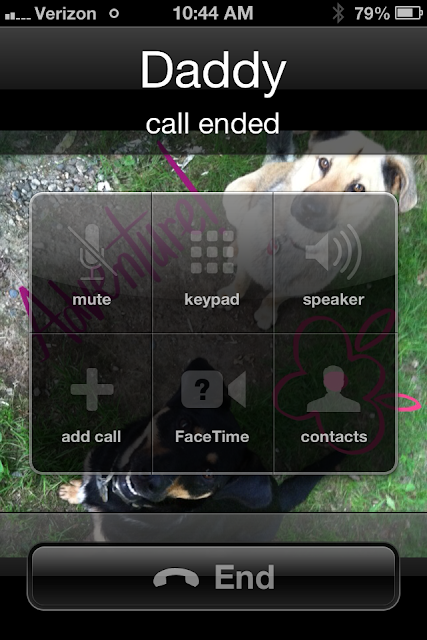 Then I ran some more until another big hill, which I walked up. Trail running has ruined me. I walk up every hill because I'd rather walk up it and be ready to run at the top than run up it and want to die. Plus all trail runners walk up hills. The only down side is I was so worried I'd see someone I know, or a kid on the team, when I was walking. Also, I could have called someone else but I had no service in this little valley! 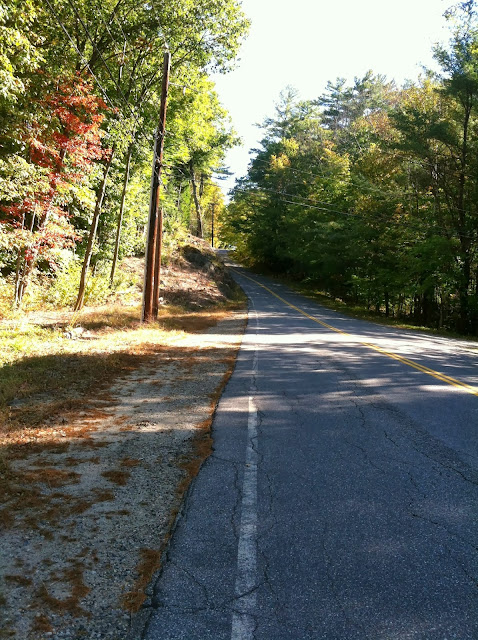 At the top of the hill I almost stepped on a dead possum and I freaked out. Are you ever in the middle of freaking out and one part of you says "Geeze get it together!" and the other part says "I'm trying but eww you just stepped on a dead animal." Let's just say I started running again after that. Then I saw this cute sign for a wedding that was either yesterday or last week. How cute. Looks like something I would have done. It inspired me even though it was not meant for me, and I still had about 6 miles left to go. 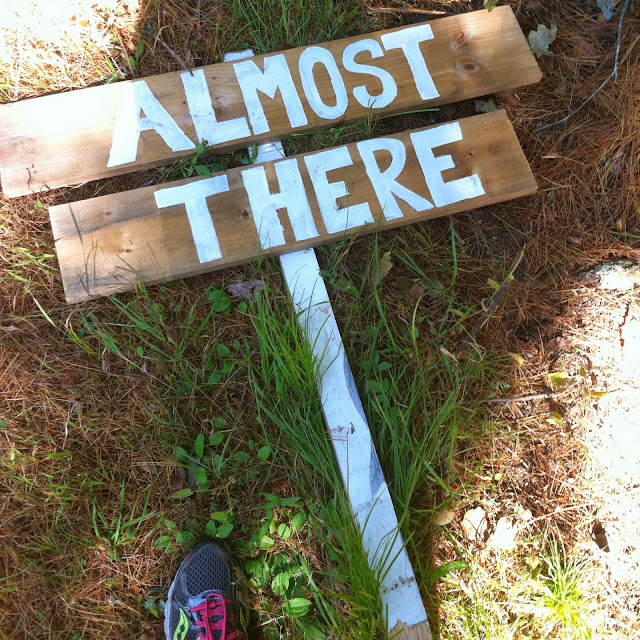 This last part of the run was pretty hot and I had no idea how much farther I had to go because I didn't have my watch so I used my phone. 3/4 of the way done, that wasn't too bad. 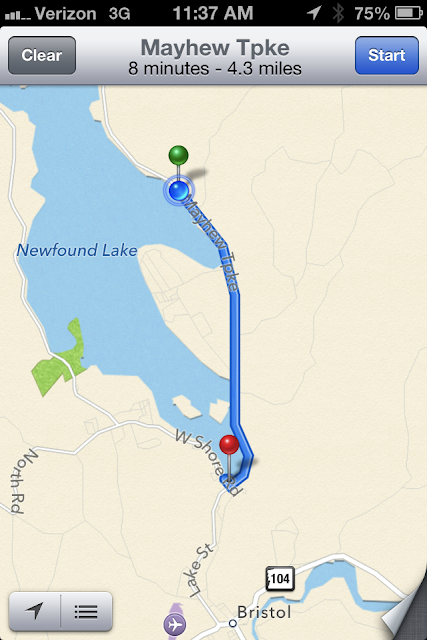 The views were fantastic once the fog cleared and I was so excited to get back to my car to take a before and after picture of the view. Then I got back and this man in a speedo was sunning himself right next to my car. The entire beach was empty and he picked right there to tan, what are the chances? He also had the sketchiest mustache. I took this picture and sped away. It was too funny for me to even be upset.
Then I got home and Charlie was cutting down limbs from a tree in our yard. He kept saying "The view is great!" and couldn't understand why I was a little upset about his lack of safety precautions. Everyone cuts down limbs in a tree with running shoes on when no one is home apparently. In his defense the view is wonderful now, and he didn't fall or get trapped under a branch.