11: Entrance: This is one of the trails I take Penny walking or running on. I've never seen the gates opened before though. People have been snowmobiling a lot down the trails so they must be open for that. The snowmobiles scare Penny and bit and then she wants to chase them, but they do pack down the snow and make running a little easier. (*edit: I wrote this BEFORE getting stuck!) 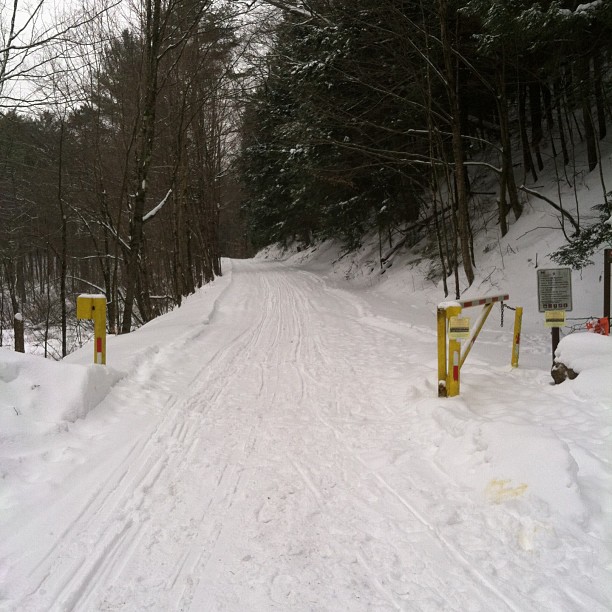 12: Where You Ate Lunch: In my office, while catching up on work between students. Butternut squash/carrot soup and an orange, a very monochromatic lunch. 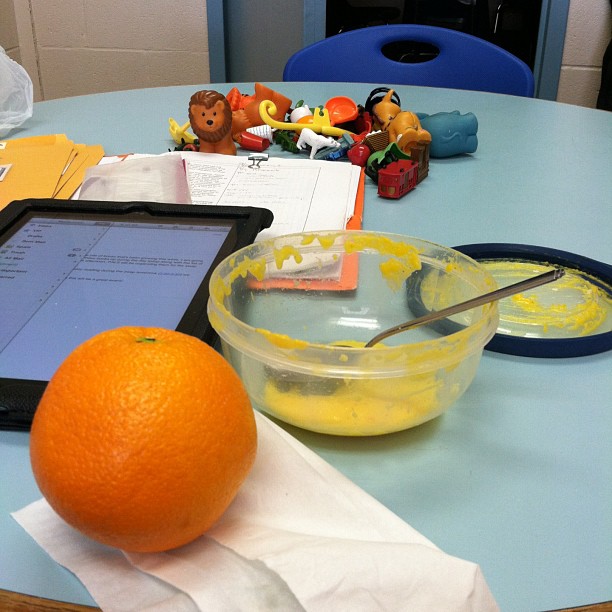 13: Walking: In an effort to go somewhere else to take Penny walking I tried to go to a trail we sometimes walk and run on. It was not plowed out however so I decided to drive a little further up the road and take a road that cuts around to the main road. That road was not plowed either! So, I just parked in front of a huge snowbank, put on my snowshoes (which I now keep in the car) and set out for a walk down an unplowed road. The snow was quite deep, wet and heavy due to the recent temperatures in the high 30s to 40s. Penny trailed behind me stepping in my snowshoe prints. There were tons of deer tracks. This is where we were when we turned around. We'll definitely go back walking there again. (*edit: this was also written before getting stuck, so much unintended overshadowing.) 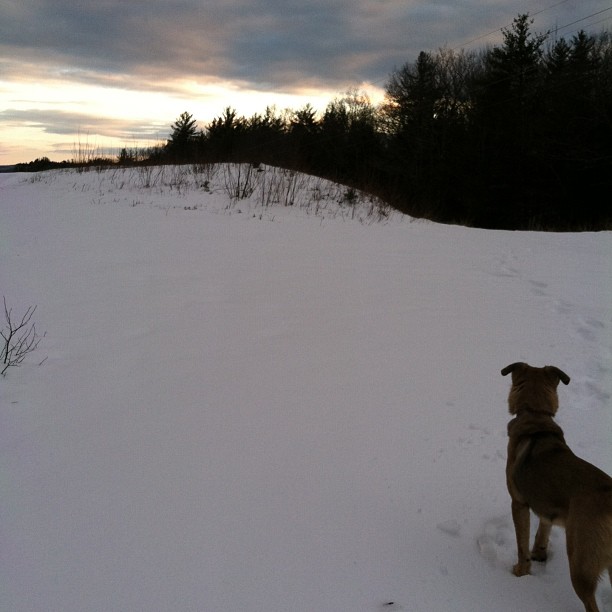 14: Love Is.... Helping your wife dig and push her car out of a parking lot of snow, eating dinner in your smelly running clothes and dancing in the kitchen when you do the dishes. Not exactly the Valentine's Day we had been hoping for but we made the best of it. 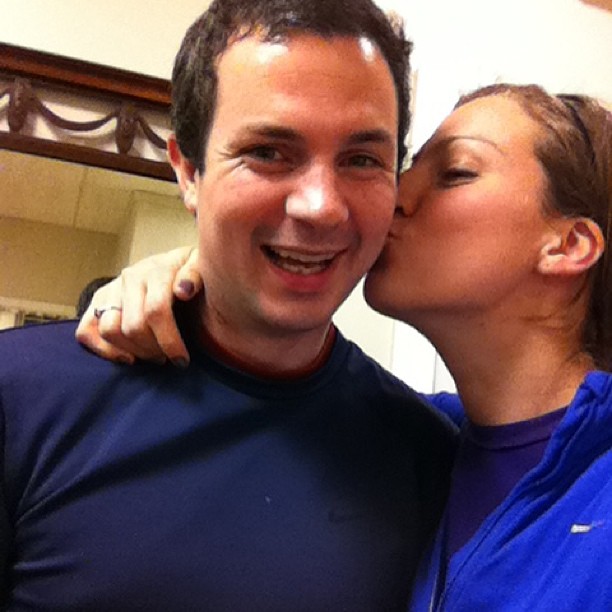 15: Inside Your Fridge: I forgot and took this one on Saturday morning. Realized there was not milk for my cereal, it was hard but I resisted the urge to eat milk duds for breakfast. 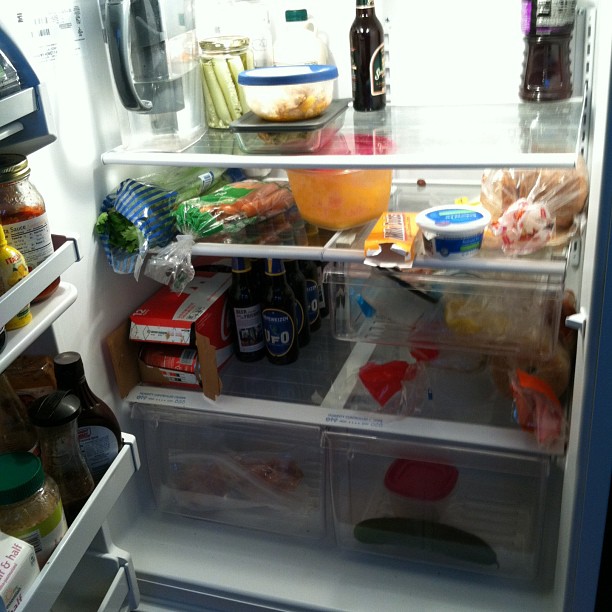 16: Perfect: Yesterday was the perfect ski day. There was no wind, the temperature was in the high 30's, the conditions were great, and there was no one at the mountain. Charlie and I hardly waited in any lines. 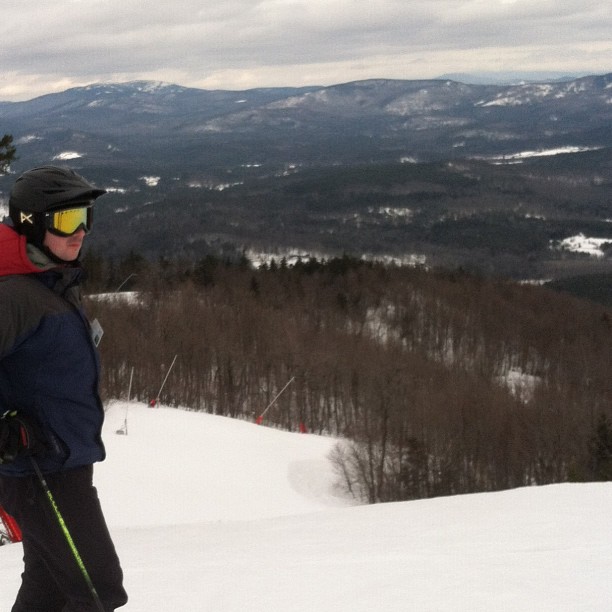 17: In Your Hand: Charlie bought me a new pair of smartwool ski socks. We're going to Canada for vacation next week for a ski vacation. It is negative 6 degrees there right now. Hopefully these will keep me warm. 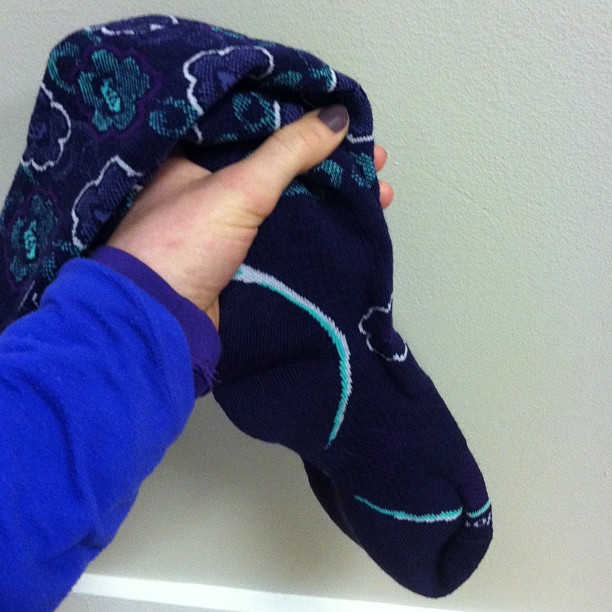 Hope you've had a good week. Only 5 more days until February vacation!