Last weekend was the Old Home Days festival in my hometown of Hancock. As always I ran the 5k, and as always Charlie (obviously) and my brother, who runs once a year, beat me. This year there was something different on the schedule. A Lawn Mower race. Being a little "outside of the box" my brother Garrett decided to enter.  Here is the play by play: 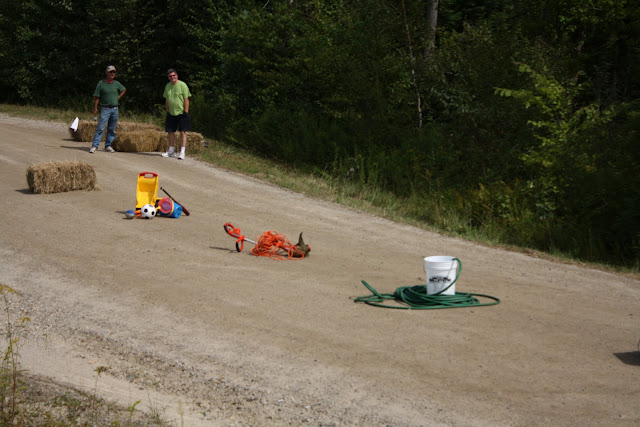 My Dad assessing the course. Many obstacles were laid out to maneuver around both going forward and backwards. Not to be outdone in any ways shape or form Garrett decide that he should wear his Rod costume, cape and all, as well as a helmet he got at the dump that I think resembles something you would wear if you were being shot out of a canon. After a demonstration of the course and a run down of the rules Garrett was off on the riding lawn mover. 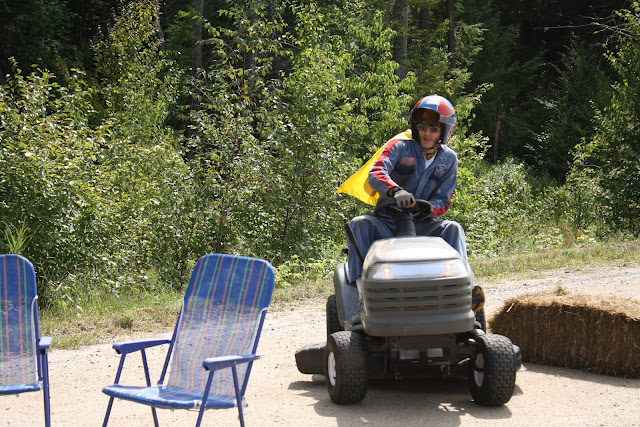 He got points added to his total time because he hit one of the obstacles. Next he had to hook up a trailer and back it into a tight space between the bales of hay. 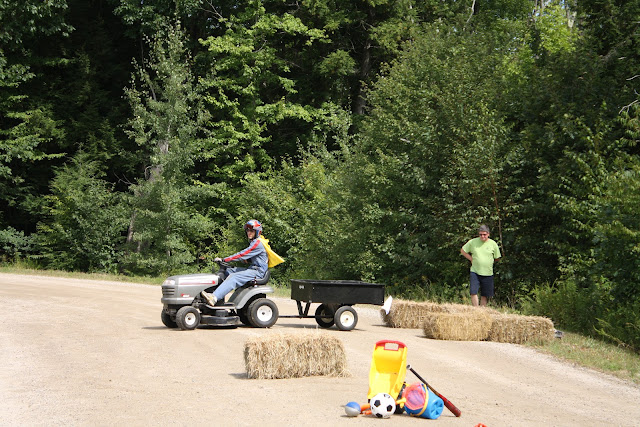 Next he had to back up around the obstacles. This seemed pretty hard to me. After that he had to parallel park and he was done. 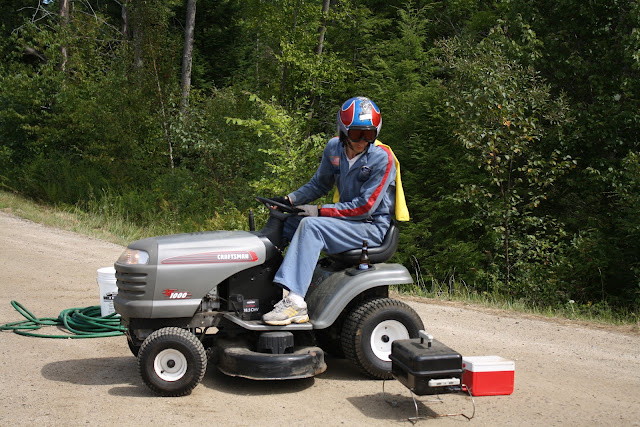 Here is Garrett's competition. The guy said he woke up that morning and decided to fix up this mower. I thought he was kind of cheating because he didn't even have the apparatus on the mower to actually mow a lawn. 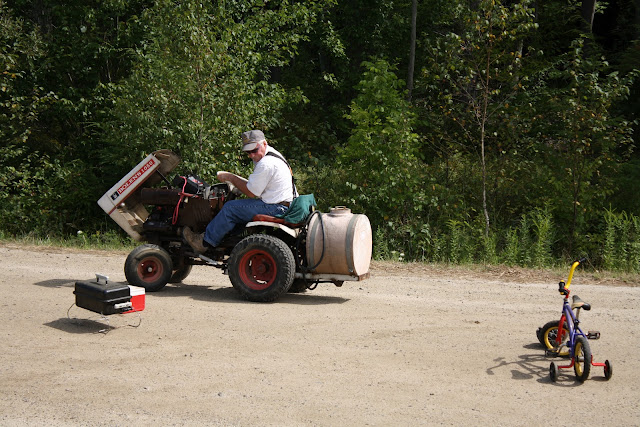 Now here is where things got even crazier. Garrett had an old push mower that he brought as well. We weren't sure if they would let him use it or if it was strictly motorized lawn mowers. Luckily only 3 people were entered and since this was the first year the organizers didn't care. Also, who wouldn't want to see someone dressed up in a costume with a cape and helmet push a lawn mower around at top speed? So he got to do the race with a push mower as well. It was much speedier than the riding mower. Check out his game face. 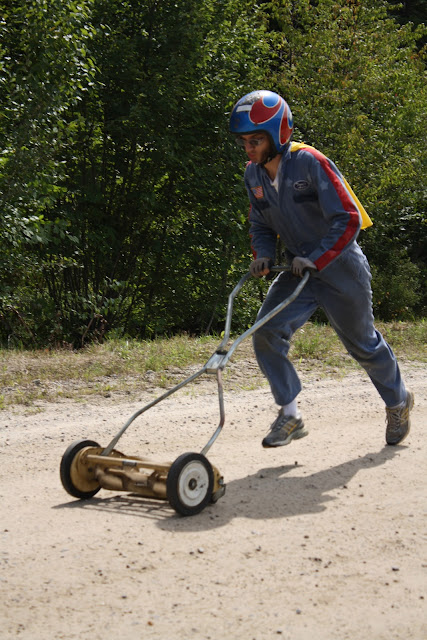 Speeding through the obstacles. 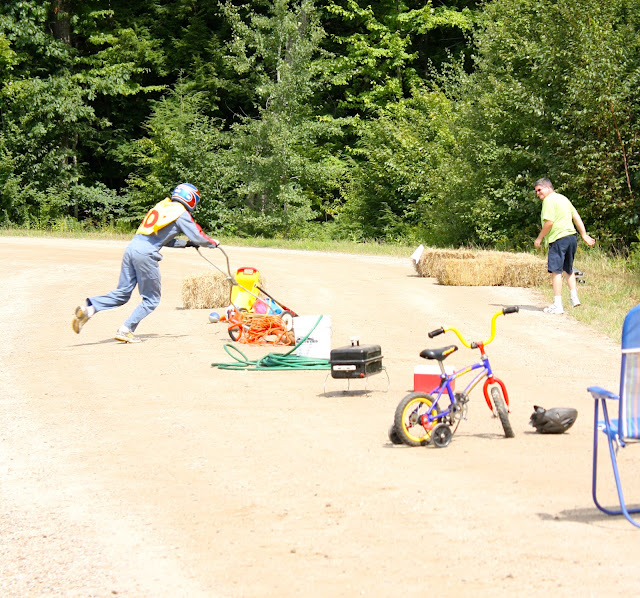 Making the turn for the finish. Cape flapping in the wind. 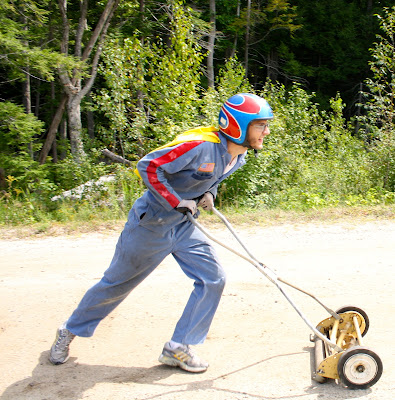 And he won a shirt! Hurray. I've never been so proud. Great job Garrett. You kept at least 30 people watching highly entertained. 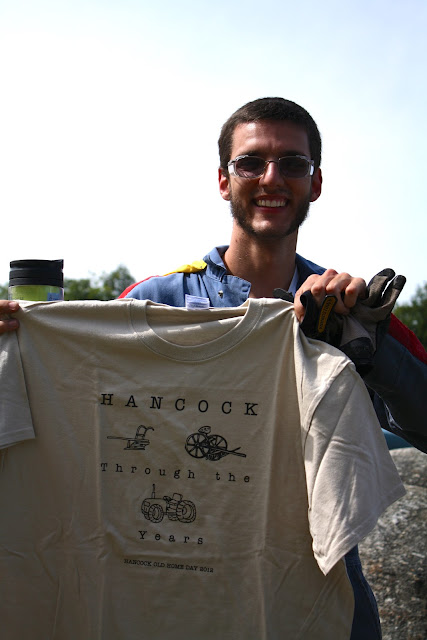 Someone from Hancock even made a video:


And because this post was not about me enough, and in case you ever thought I was cool, here is a picture of me at one of my summer jobs: 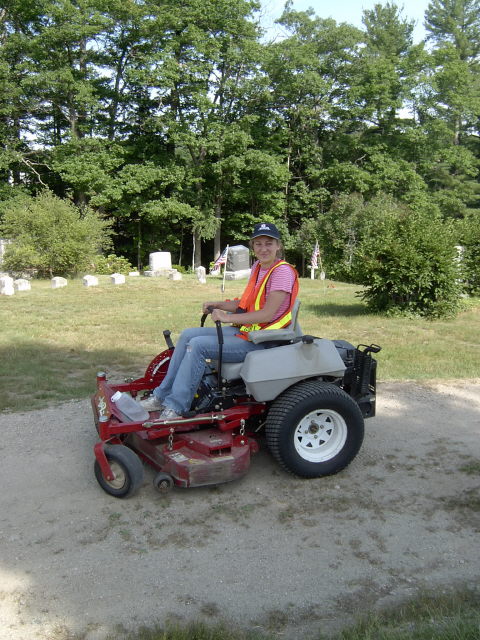 Yep, people called me "Mow Girl" and I got to mow all the fields, commons, and all three cemeteries in Hancock when I was a young gal. That puppy could turn on a dime and go at least 25 mph. Pretty sweet vest huh? And to think I was so confused as a 17 year old as to why I had no boyfriends.

Lauren
Posted by Lauren at 6:00 PM