Hello friends! I realized it's been almost two months since my last post. My B. We went on our Honeymoon for almost 3 weeks in July, only a year late. Before we left for out trip I did a bit of sewing and wanted to show some of it here. Today I'll show you the skirt that I wore several times on our trip and have been wearing ever since we got back. It's a "Flirting the Issue" skirt by Anna Maria Horner. I had made one last year for my bridal shower and loved it but wanted another one that was more of a summer color. 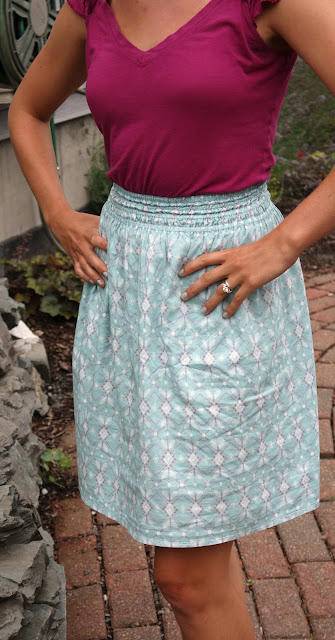 I used more voile fabric by AMH. I love this stuff, it's so soft and flowy. It took me about 30 minutes in the store to decide on which voile fabric to pick, no wonder Charlie loves going fabric shopping with me. 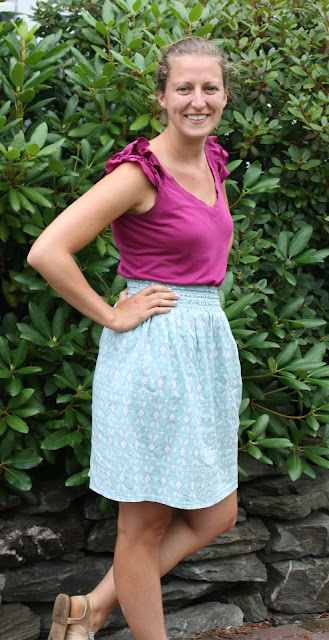 He also loves taking my picture when I model my new(ish) clothes for my blog. He gave me five mintues to take these photos, so I gave him as much sass as I could muster. In case you were wonering, I have a lot of sass.

Penny also wanted to be in the shoot. Seriously who could give this pup up? She's too adorable. We love her. 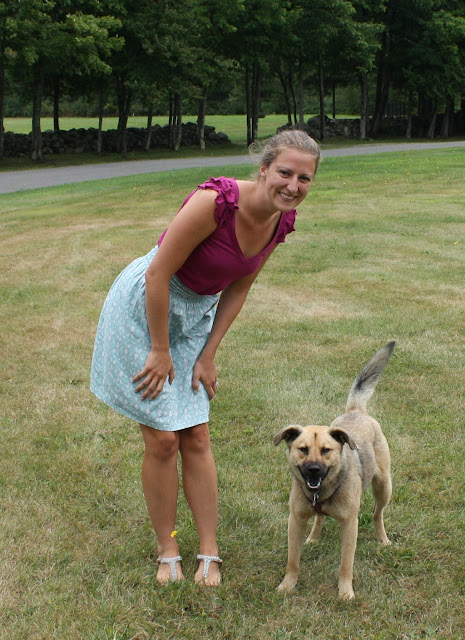 And now Penny is not too impressed about me blogging and not paying attention to her. 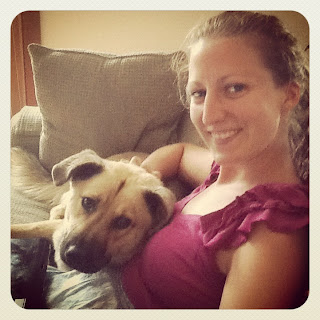 ﻿Photo from Instagram. Because I don't have enough social media outlets to begin with.

Off to play with Penny. I'll be back within the next 2 months to talk about the other things I've sewed recently.

Lauren
Posted by Lauren at 4:37 PM