Reflecting upon my vacation purse I realize that the purse was a lot like my suitcase over our two week honeymoon which turned into a three week vacation. I've noticed that when it comes to packing, I will fill whatever space I am given, and not just fill, but stuff until the zipper is hanging on my it's prongs and ready to burst. I knew before we left that I wanted a purse that could fit my camera on our trip, as well as my wallet, and of course my Chapstick and cell phone. Knowing that I made a rather large purse, and the problem was and is that it was TOO big. I literally stuffed it with everything on our trip. Two cameras, a wallet, then  my necessary Chapstick turned into a thumb drive, nail file, contact case and mini solution, floss, eye drops, Advil, Tylenol PM (without which I would not have slept a wink in Yosemite), my glasses, sun glasses, a book, wet wipes, the ipad, random chargers, rain coat, the list goes on and on. This purse was just as stuffed as my suitcase. I felt like Mary Poppins, except that I had to dump out everything in order to find the one thing I wanted.

Photos below are not of the purse stuffed, in fact I took stuff out and threw it on the ground because Charlie said it looked too full. 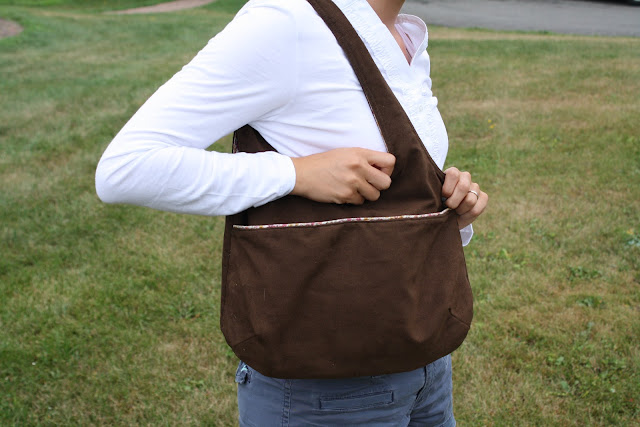 The fabric was found in the red tag section of Joann's and was only $3 a yard plus my 15% discount. Hurray. It is faux suede, which is a total pain but is sturdy and I think looks more professional and like a real purse as opposed to a homemade purse. The only issue is that I'm petrified to iron it because it kind of melts and could destroy my (expensive) iron. Due to this issue I didn't iron it to begin with and now the purse forever has a fold mark down the middle from where it was folded after cutting at the store. 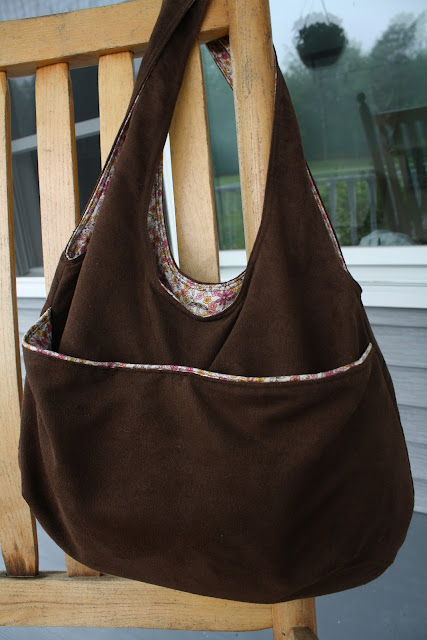 It's the "Reversible Bag" pattern I've used twice before for purses, one of which my Mum still uses. The only change I made was to add a pouch in the front with a snap closure like the "Go Anywhere Bag" I made in February. Oh, and it's not reversible. 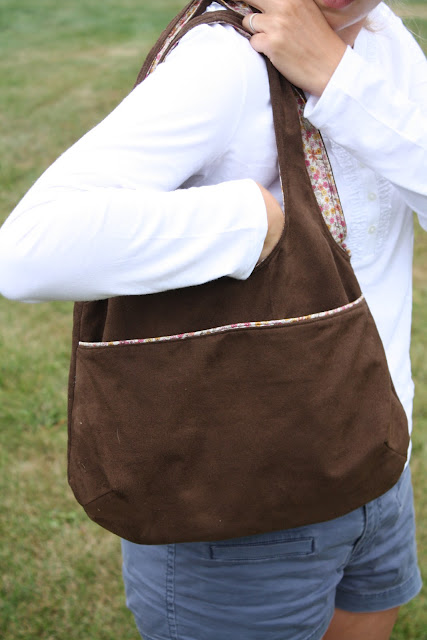 It's also covered in dog hair and sand after being used for over a month. 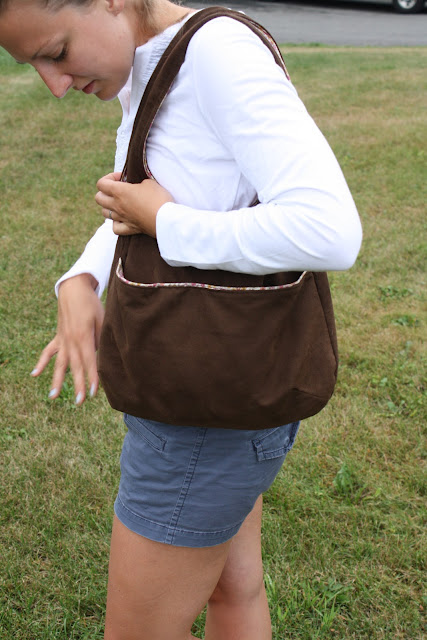 The purse worked out great for carrying all of the above mentioned "necessities" from the car to the hotels we stayed in, and at times lugging into a restaurant or two. It mostly stayed put due to the massive size, and the nature of our trip (driving around and stopping at places that looked cool). In San Francisco however I made the terrible mistake of loading this baby up with junk and setting off down a hill to the Pier. All was fine until we had to walk back up all of those hills. Who knew San Francisco had so many hills. After that I started being a little bit smarter/conservative about what was really needed in the purse. 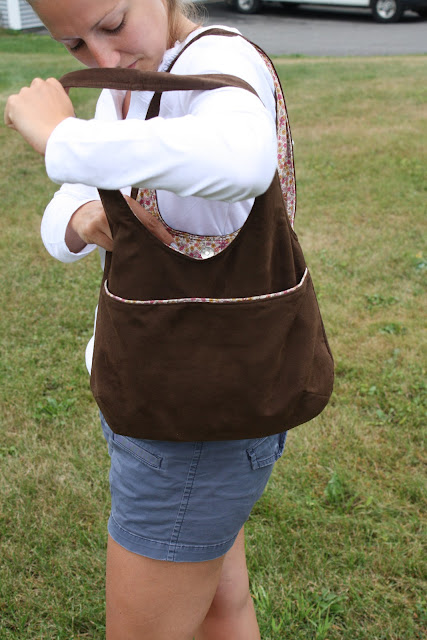 This accent was a happy accident. As I said before, I was afraid to iron the fabric so the piping feel to this pocket/pouch was caused by my fear of ironing it. 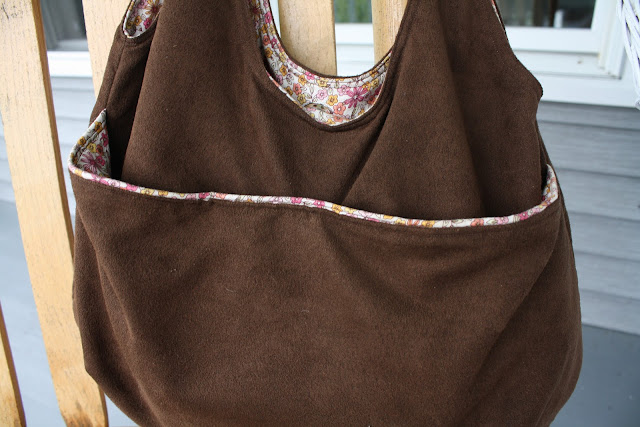 Although I really like this purse I also recently finished another one, I'll show that off soon. Stay tuned.