Better Late Than Never....Closest To Project Runway I'll Ever Get

In August I went to see Arcade Fire with my brother, his girlfriend, and my mom. They bought four tickets and then invited me. After agreeing Garrett mentioned that you had to dress up in a costume and he said he was going to wear his astronaut suit with lights sewn into it. I thought to myself that it would be fun if I pretended I was on Project Runway. When we got back from our out West Trip we took the red eye and we both slept about .5 seconds for the entire 6 hour flight and we were in terrible moods and so tired; which seemed like the perfect time to buy fabric. I figured the added tiredness and general crankiness would make it more like I was on Project Runway since the designers are always tried and in bad moods. I gave myself a $30 limit, and spent $29.48. If I had been more awake I might have figured out more yardage and spent less, but I figured having more fabric would be better than not enough. 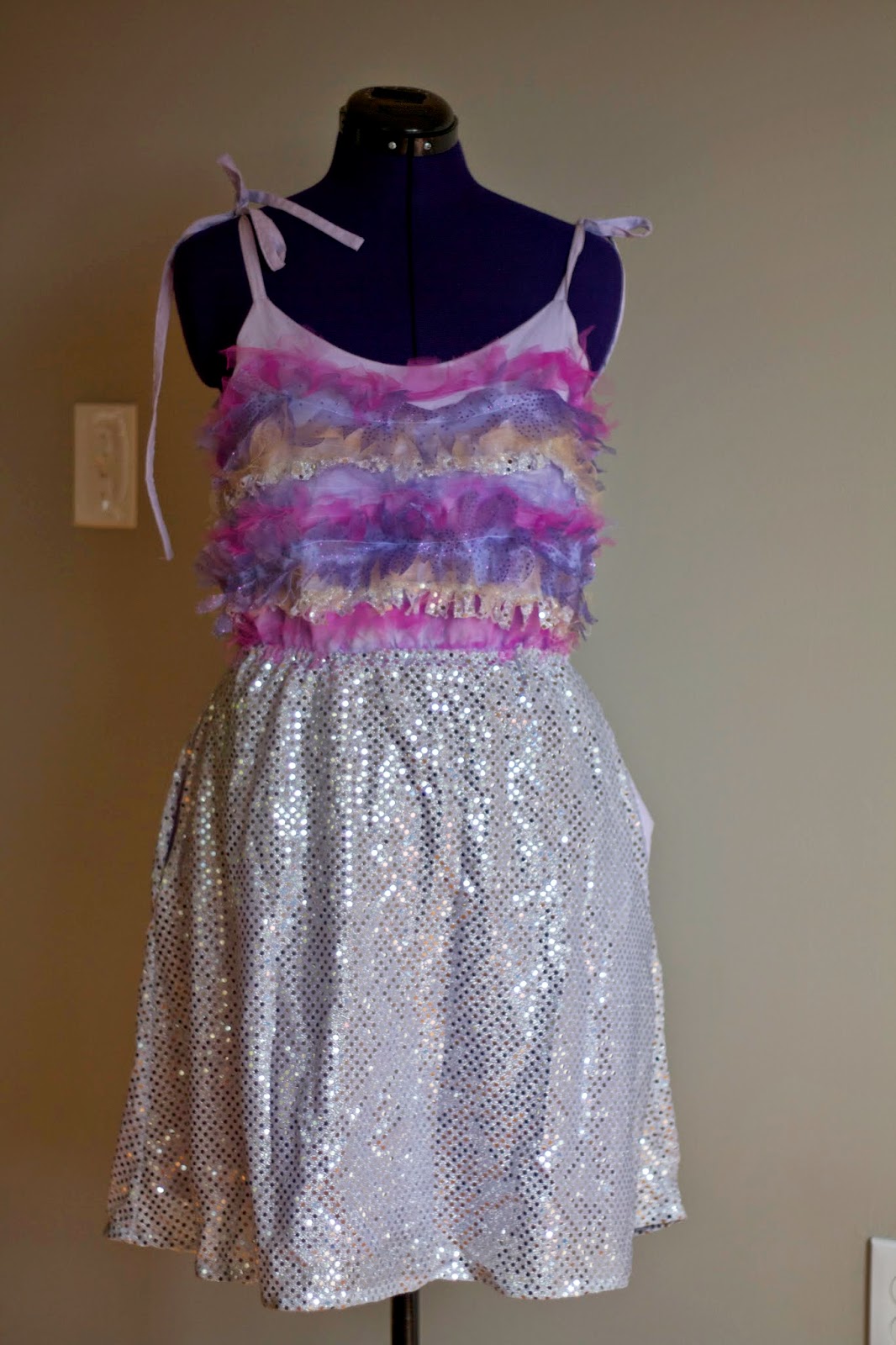 The general pattern was the Saltsprings Dress I made earlier in the summer with a few minor changes. My favorite Arcade Fire song is called Sprawl ii, in the music video the main singer has two very cool dresses that I took inspiration from. The main one looked like it was made out of cheerleading pom poms. Anything with frills and sparkles seemed like fun to make. My main goal in this endeavor was to sew something I would never sew for myself normally.
I cut a lot of strips of different tulle and sewed them onto the bodice. It looked kind of like a piñata. Not exactly like pom poms but I liked it. 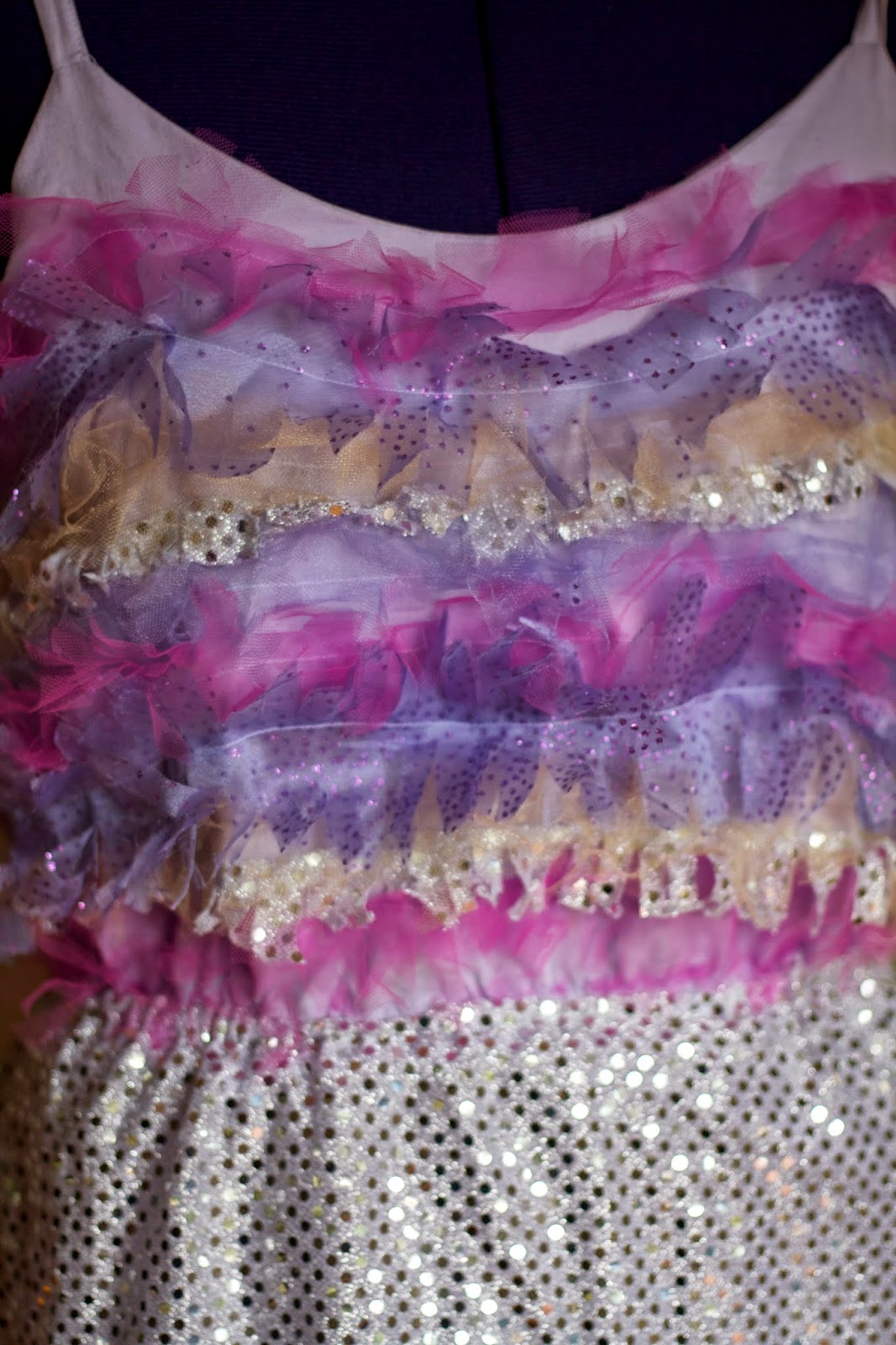 For the back I wanted something a little different so I sewed a layer of glittery tulle on top of the lining fabric I had then sewed random swirls on it. After I had a bunch of swirly lines I cut in between the sewn lines. It looks kind of like gills. I think I might try a technique like this another time because it was fun and I think it looks cool. 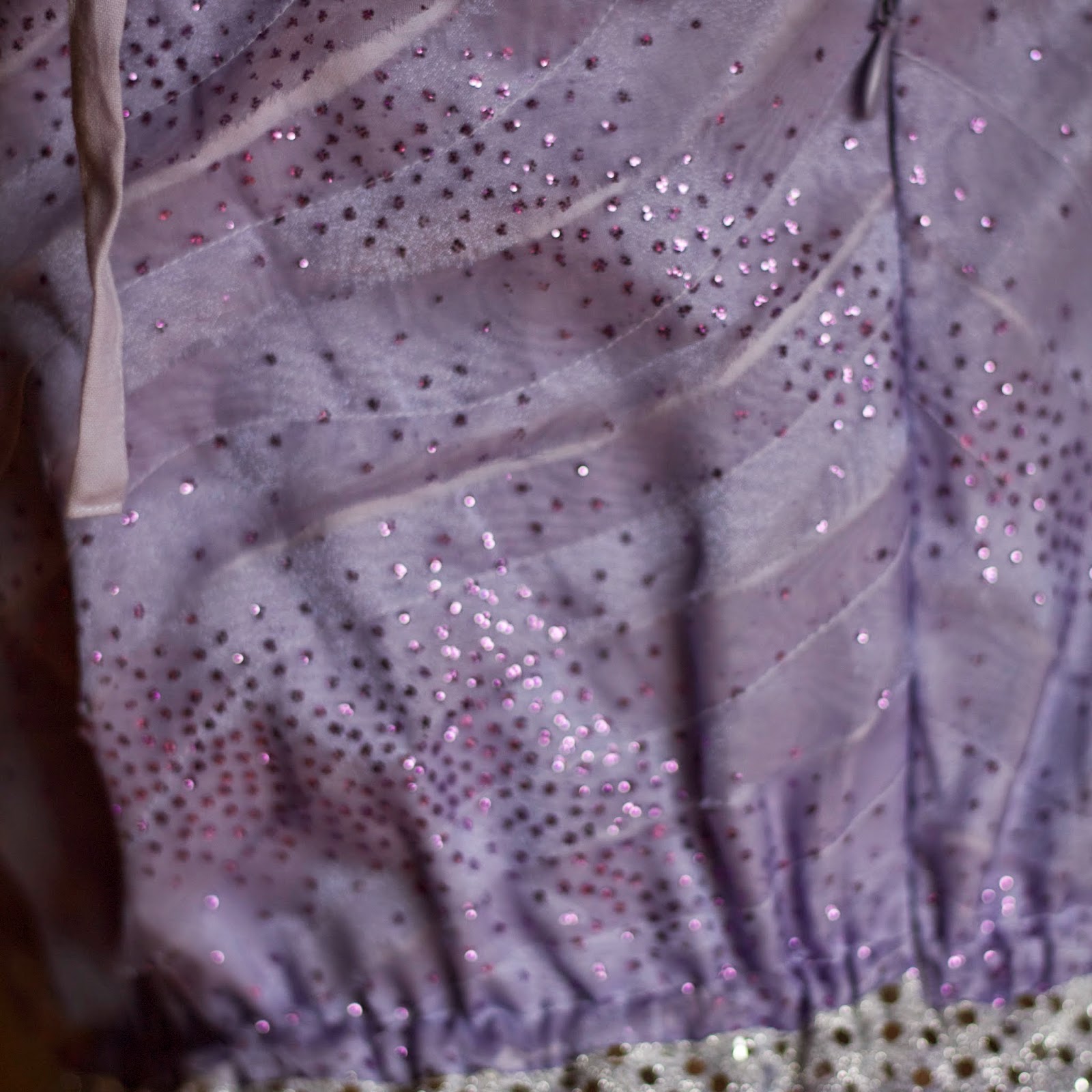 The skirt was made out of sequined fabric. Mostly because I bought a lot of it and wanted to use it all. Of course I added pockets. I had so much tulle left over that I made a train that tied around my waist. Thank goodness it was detachable because it made going to the bathroom in a porta-potty much easier. The concert was really fun. I had never been to a concert with general admission and was a bit worried I'd get trampled or sucked into a mosh pit; but I was safe. We were very close to the stage too so that was fun. People did keep stepping on my train but since the tulle cost about $2 total I didn't even care. 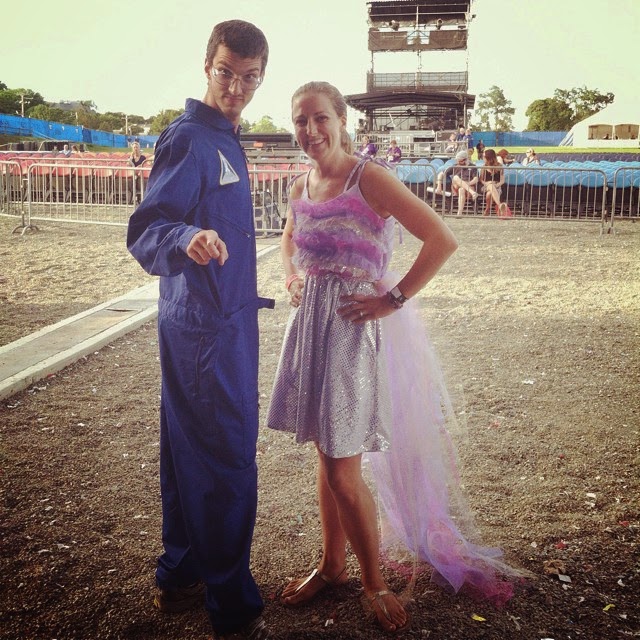 When we got there I was a little worried that we'd be the only people dressed up or that Garrett had said it to pull a joke on us. There were a ton of people there in crazy outfits; a woman wearing a unicorn head/mask, people wearing outfits made of mirrors, and Batman and his whole crew. Here is Garrett's light up flight suit. 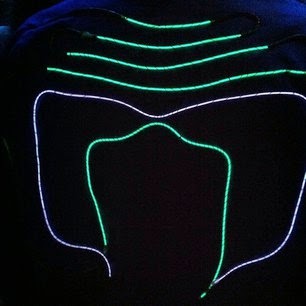 It was an awesome concert, like nothing else I've ever been to. It took me 2-3 days to get the glitter off of my body from this dress, which is why I didn't put it back on for these photos. I think I could get away with wearing it for Halloween. I'm not sure what I'll be though. The tooth fairy maybe? Any ideas?

I am sure I would have been kicked off of Project Runway over this outfit, but it was really fun to make.