Here is a long story for you. Are you ready? Okay...so before Christmas Charlie and I went to a party at our friends new house in Maine. We took mostly back roads to get there and on the way home the next day we got stuck behind a car going very slow and carrying a Christmas tree on top. As we got closer we noticed that the tree was on top of a large piece of fabric to prevent the tree from scratching the car. Upon further inspection we realized that the piece of fabric was in fact a duvet cover, and the same one we had on our bed at home. This prompted us to think about how long we had actually been using the duvet cover....our answer was too long. If someone driving a 1995 Honda Civic felt the need to protect the top of their car from Christmas tree damage with the same duvet cover that we were using on our bed we decided we should probably look for a new one.

Fast forward to last weekend when we were at the L.L Bean outlet in Concord. In the discount bedding section we found a navy blue duvet cover for way less than full price and I had a gift card, Score! Before we checked out Charlie said; "Are you sure you want something this dark?" I  assured him I did, whilst thinking about how to girl it up (i.e. Throw Pillows!!) 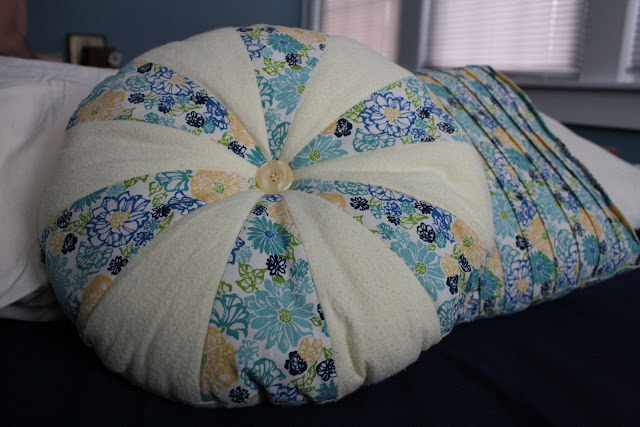 The first one I made is the Sprocket Pillow. I'd been eyeing it for quite a while and knew right away that this would be my chance to make it. The Tutorial (HERE) was super easy to follow. I did make one change, the pattern/directions calls for sewing a strip between the two circles, I skipped that step to make the pillow flatter, and because I didn't have enough batting to fill up a pillow that big. 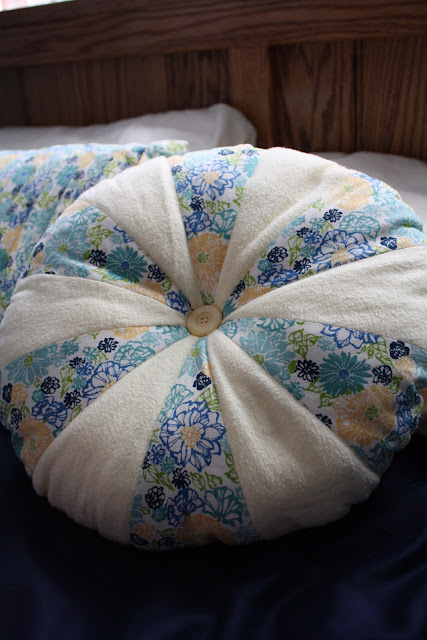 My points didn't exactly match up but it's okay because the large button does a great job of hiding that. 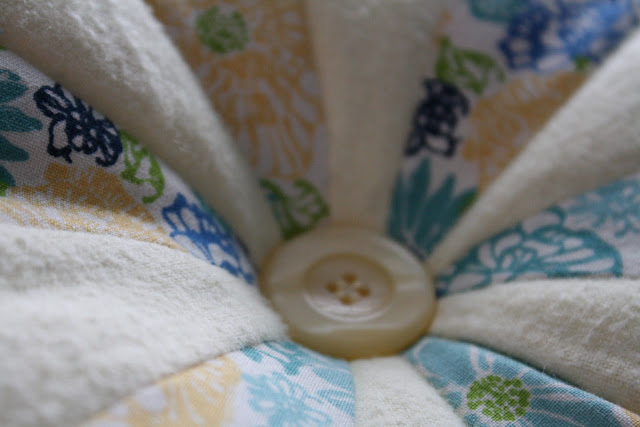 I finished it moments before Charlie got home from school and we had to laugh because he coordinated perfectly with the color scheme of the pillow. 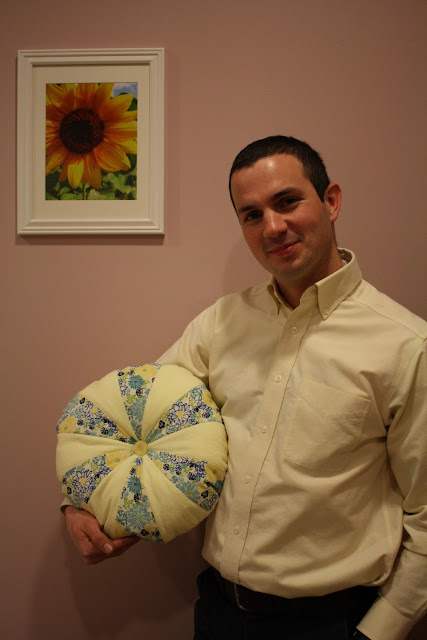 The second pillow was a bit trickier. I wanted to do something gathered but I kept screwing it up so I went to the old standby, the pintuck pillow. I sewed one in the short lived "sewing club" a few years ago and I knew I liked the look so I went with it. 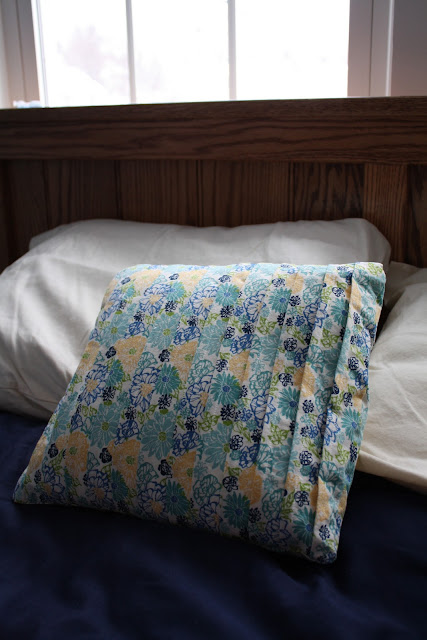 Close up of the pin tucks. 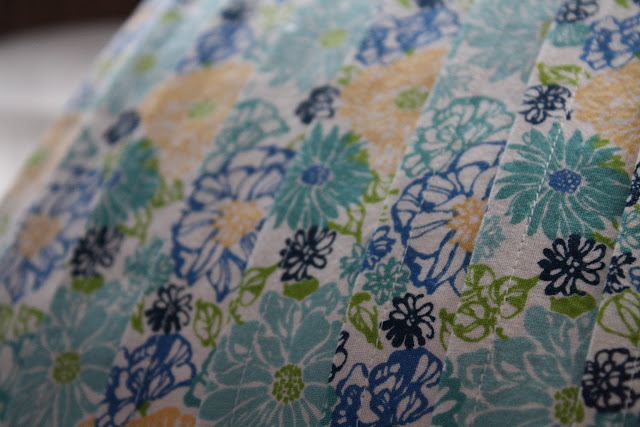 Here's a look at the entire whole bed. The new navy blue duvet cover goes great with this quilt, the one that inspired me to start blogging. 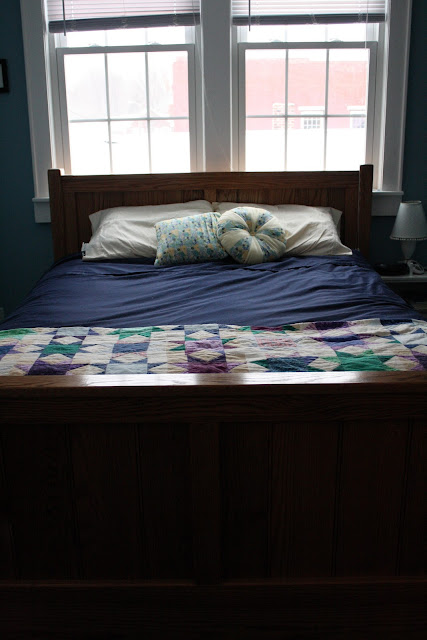 And it is officially 8:30 on Saturday, after a long day of exercise class, ice skating, baking, and believe it or not,  grocery shopping I am very tried and off to bed. We're hitting the slopes tomorrow and I've got to get my snow bunny beauty sleep.

Lauren
Posted by Lauren at 8:36 PM