Every year around Thanksgiving I remember that I like making Holiday cards to send to my friends and relatives. Every year thinking of a creative/new idea becomes more challenging. If memory serves me right I talked about this a few years ago. Yep! I did. Pinterest makes this a bit less challenging. The idea for this years card came from Pinterest. Before I show it to though I thought I'd show you the past few years cards. 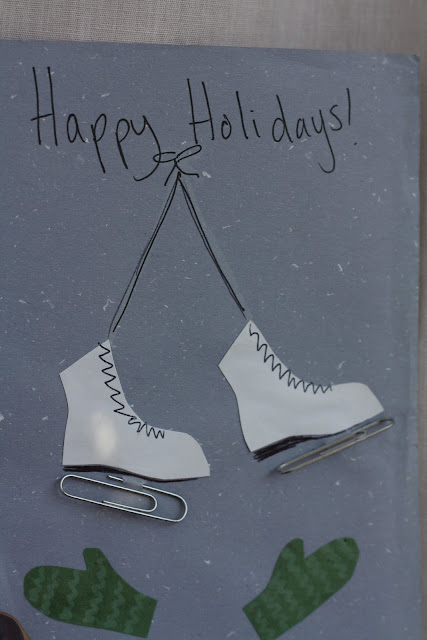 2007. To this day this one is still my favorite. Skates and mittens made from paper, blades of the skates are paperclips. My grandmother always e-mails to say thank you for each years card, and then says that this one is still her favorite. She still has it on her bulletin board in the kitchen. 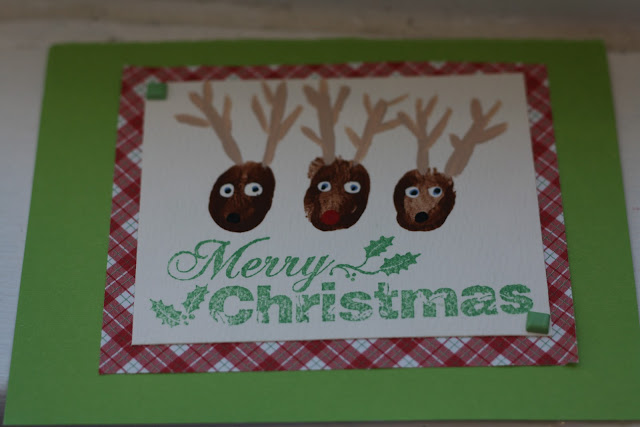 2008. Reindeer thumbprints. I liked doing this one, but the individual painting of each card took a long time, and a lot of space. This was when we still lived in our tiny apartment and I remember cards being strewn everywhere. 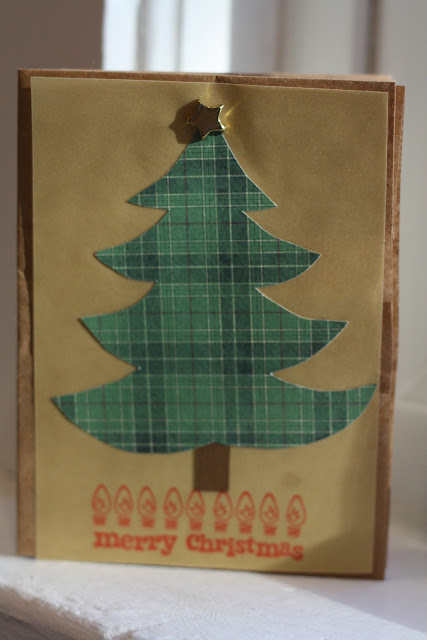 2009. I liked this card too. It was made with paper lunch bags so the back had the opening in it, which is where I put the picture of Charlie and I. This was the last year I used brads (the little star) on cards because I had to pay 20 cents extra for each card since the envelopes were not flat. What a pain. 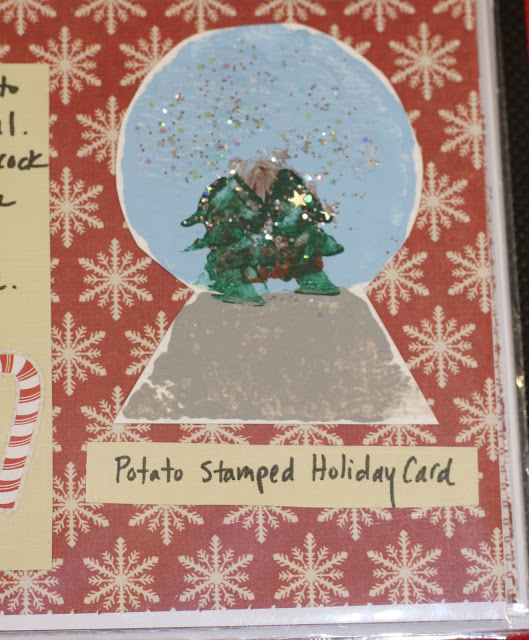 2010. The next two I cut up to put in a scrapbook so just the main part is saved. This card took a while too. It's made out of four different potato stamps. I love potato stamping, you should try it. 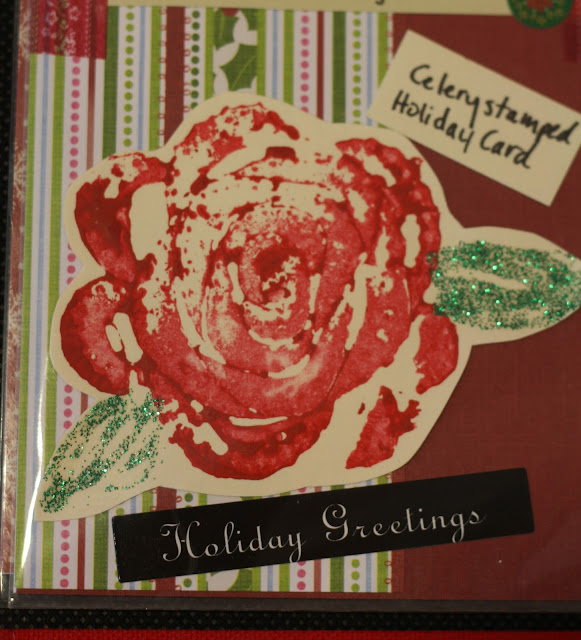 2011. Last years card idea came from Pinterest as well. It's the bottom of a celery stalk. 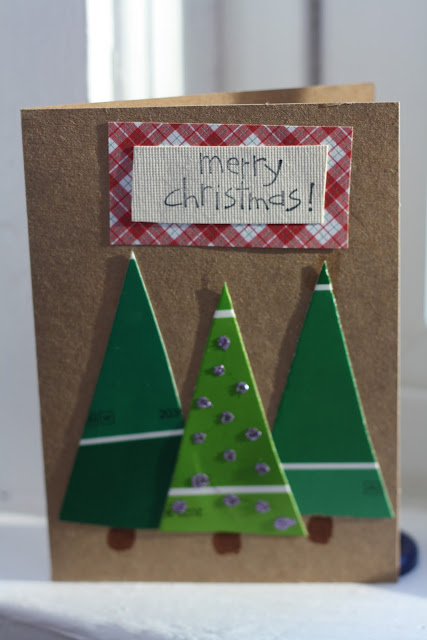 2012. This years card is made from paint swatches. They were pretty fun to make as well. I always complain about the process but then I have fun making them, and I love to hear from my family that they liked the card. 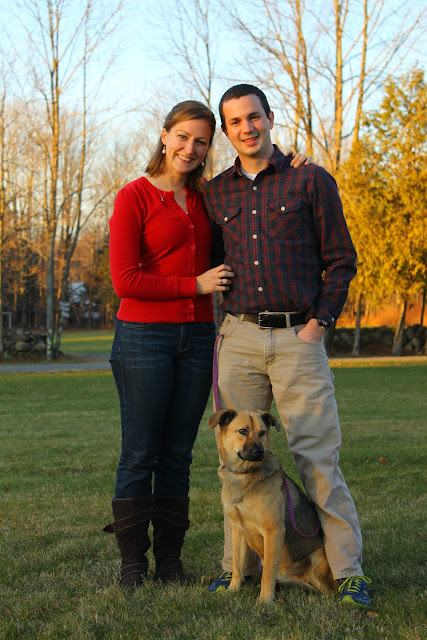 Here is the picture we included this year. Thank you Jaimie for taking 100 shots of us. Charlie liked it this year because I blamed the bad shots on Penny, not him. And, if you really like us you can read our holiday letter. I'd never done one before, and felt kind of weird writing it because I thought holiday letters were only for people with kids, but it was fun to review the year and think of what was most important. Charlie made me cut out all of the funny parts. He also signed half of them with his full name, like he would sign a check. Jeeze!