Snaps From The Weekend

On Sunday, with our extra hour we decided to go for an extra long hike. Penny was so pumped about it she was dancing. 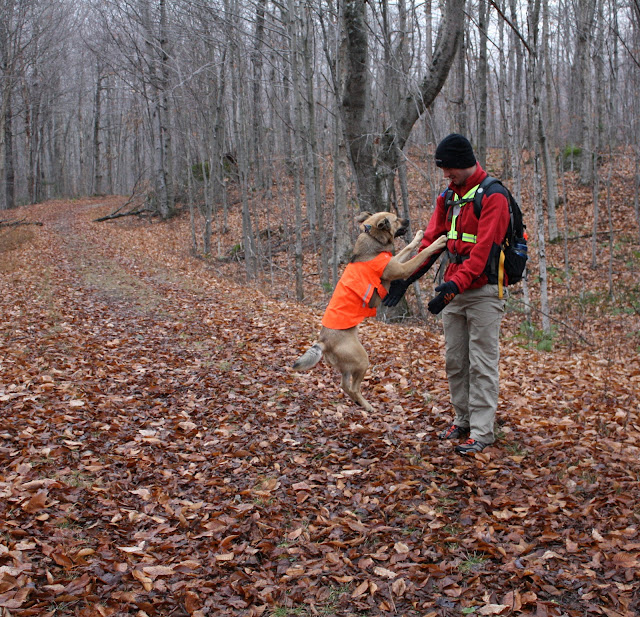 Seriously, she's off the ground in this picture. We went to Woodstock, NH. On the drive there we saw some snowflakes in the air and shrugged it off. Luckily, I decided to wear long johns under my hiking pants. 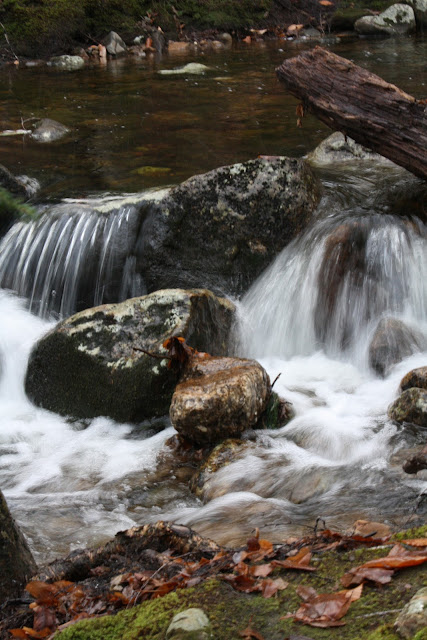 The hike snaked along a river which gave me the opportunity to take some (I think) cool pictures. 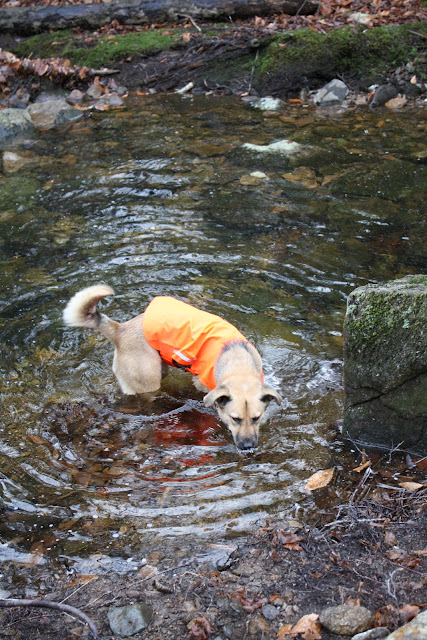 It also gave Penny the opportunity to swim....despite the temps being in the 30's. I've been asking all this time "Do you think Penny is cold?" Guess that answers my question. That or maybe she's just kind of not smart. 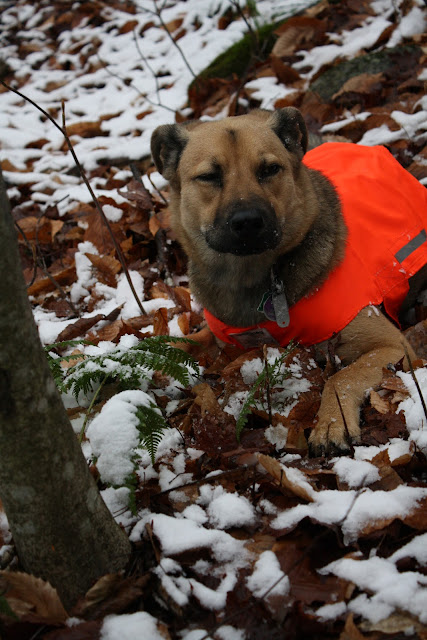 All of a sudden as we climbed higher there was snow on the ground. Penny loved it. She was rolling in it and jumping all over the place. She gets excited hiking anyways because Charlie is always so far ahead of me she feel the need to run back and forth between us, but this was an entirely different level of excitement. 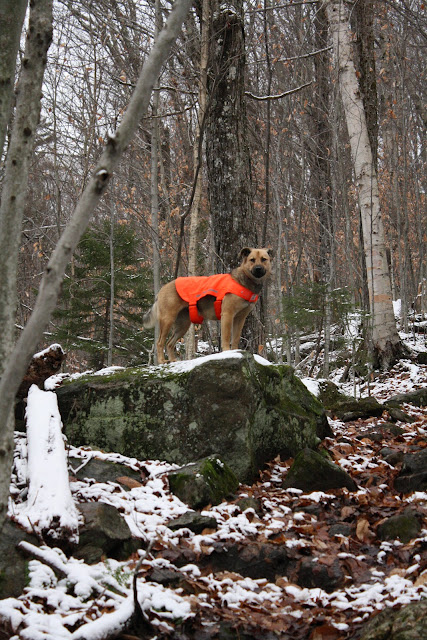 Once she calmed down she gave us the stink eye about being cold, slow and slipping. I fell once on the way up and also managed to smash my shin on a stump. On the way down I fell three times, once I took out a sapling on my way down, and may have snapped my shoulder into a new position. 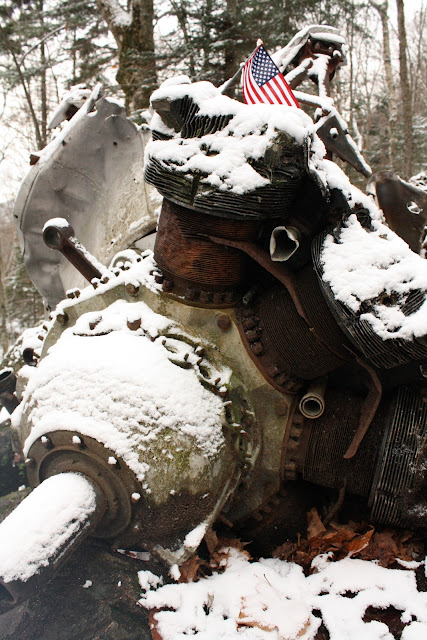 Enough about my suffering. This trail led to a plane crash site. It was a B-18 bomber that crashed in 1942. It was pretty weird to see wreckage from a plane crash that happened 70 years ago. It was also weird because the pieces of the plane were pretty spread out. Six people died and one survived. It was eerie. 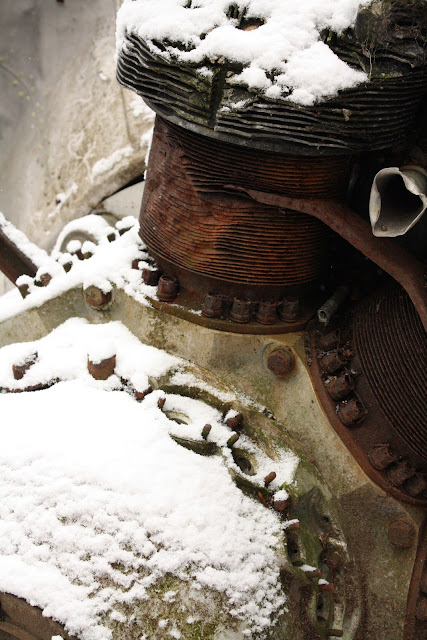 I think if there hadn't been snow it would have been easier to see all of the pieces. We were walking around and I stepped on a stick which then moved a piece of metal. It was a bit scary. 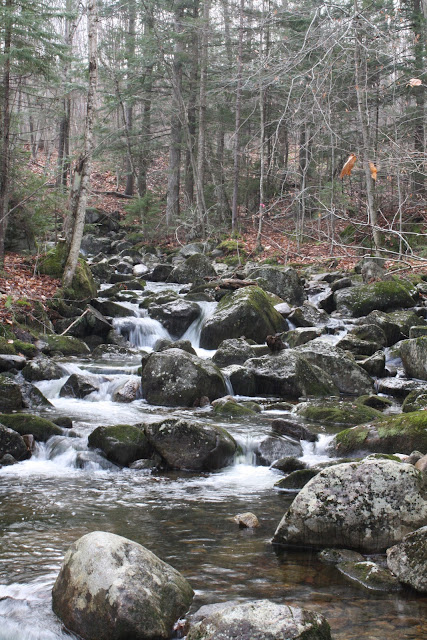 Penny swam in the river on the way back. Then we all got home, ate a huge lunch and sat around for the rest of the day. Pretty good Sunday.

What did you do with your extra hour?

Lauren
Posted by Lauren at 7:19 PM