I am totally in love, head over heals in love, with "Call the Midwife." I've been trying to restrain myself and watch only one episode then waiting a few days. This goes against every scrap of American nature I've grown to embrace since Netflix invented instant streaming for the ipad. 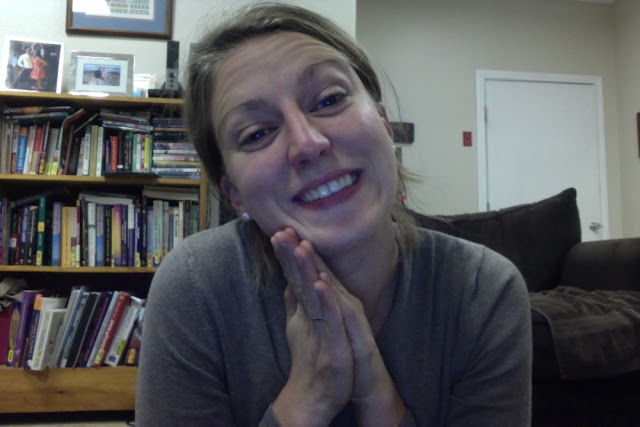 This sweater is taking me forever.

Sandlot reference anyone? I have started over 3 times, and ripped out thousands of stitches and am still only on the first sleeve. I am taking a break and waiting until mom Mum can help me over Thanksgiving break.

I hate cooking. That's not news to you is it? If so you must not know me well. I hate cooking so much that I have started to not even like eating. I obviously still do, as is apparent by my weight. If I wouldn't get all cranky pants and probably kill someone I would just skip eating in most cases. Can't someone invent a pill I can take that would replace the need for me to eat? It's 2012, let's get on this. 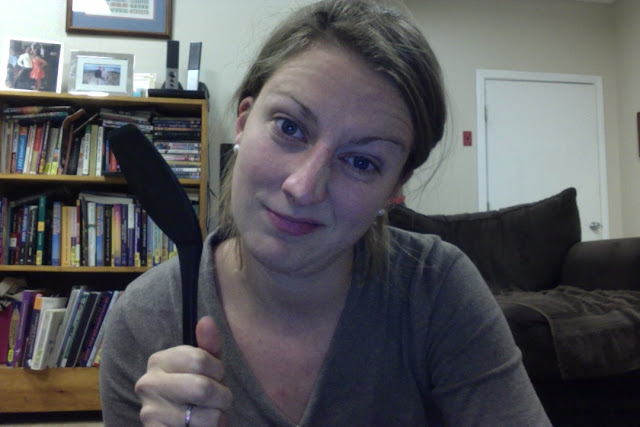 Do you ever feel like you wish you were either smarter or dumber. I see a lot of things around me that should be changed, and have a lot of great (to me) ideas, but I don't have the brain power to execute these ideas. If only I were smarter and could figure out how to make my ideas a reality, or dumber so I didn't have ideas in the first place. Having a solidly average (self diagnosed, no proof) IQ can be so exhausting sometimes. Also, being a prissy know it all who can be doubly as exhausting. 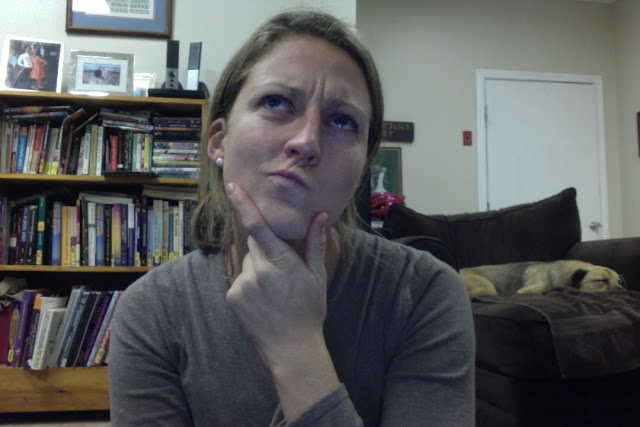 I finished my last ornament today. 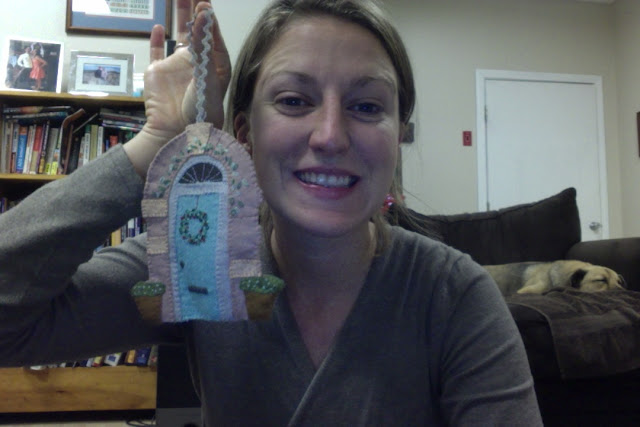 It's Friday. For reals, look at a calendar. Woot! It's Friday but it's not Thanksgiving yet. I wish it was. I am already 1/15 packed, which means my crafting supplies are packed. 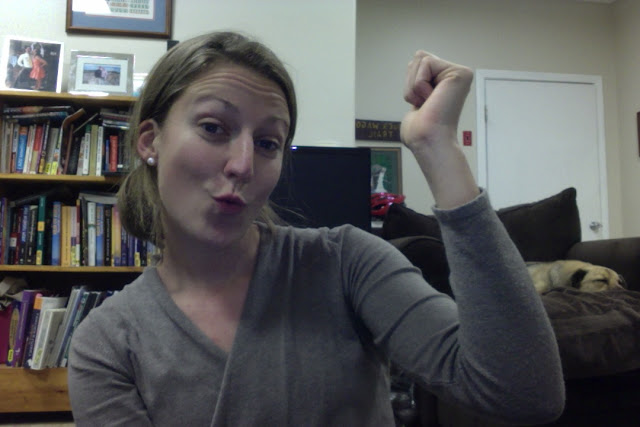 Charlie and I bought season passes to Ragged Mountain. We have been skiing at Cannon for the last two years, but the Student discount Charlie was getting is over now that he went and graduated. It's also farther from our house and we'd feel bad leaving Penny home alone for that long on the weekends. I just need to invest in a coat that looks like everyone else's and a face mask so none of the kids I work with will recognize me there. I wouldn't look too obvious in this would I? 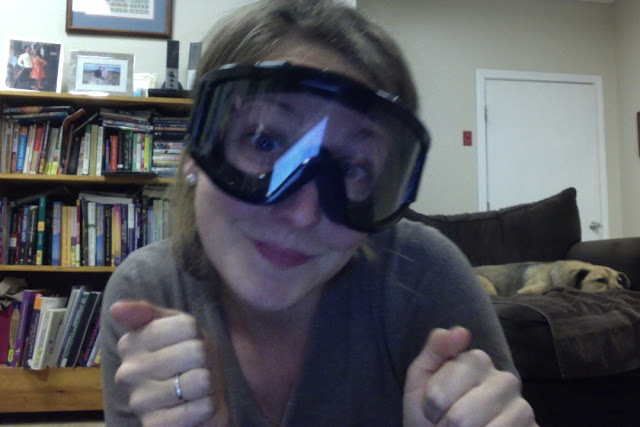 Speaking of winter wear. Every winter I pull out my homemade hat and Charlie says he won't go anywhere with me if I wear it. I knit it before I learned how to knit in the round so it's just a large piece of knit knitness folded in half and sewn up the sides. I used to wear it all the time in high school. Today he said he would let me continue wearing it if I wrote a blog post about it. That happened after he ripped it off of my head while we were going outside to walk Penny. He purposely lets me get way ahead of them and then crosses the street so he won't be associated with me. Then he said wearing the hat would be comparable to him having a picture he drew in 5th grade on his desk at work. I see no comparison  What's wrong with wearing a silly hat that gives you joy? What's wrong with being proud of how far you have come in your "talents"? (I use the world loosely here.) 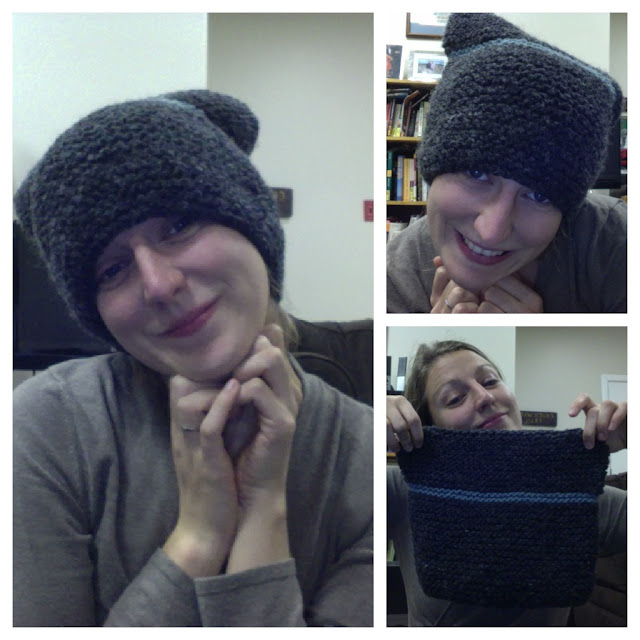 On second thought, who needs a panda mask when I can just do this. 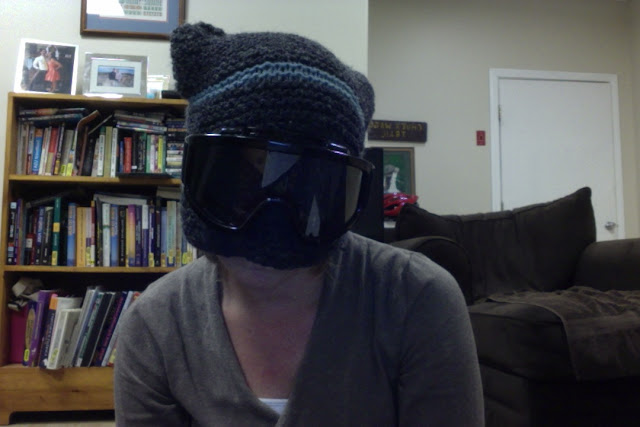 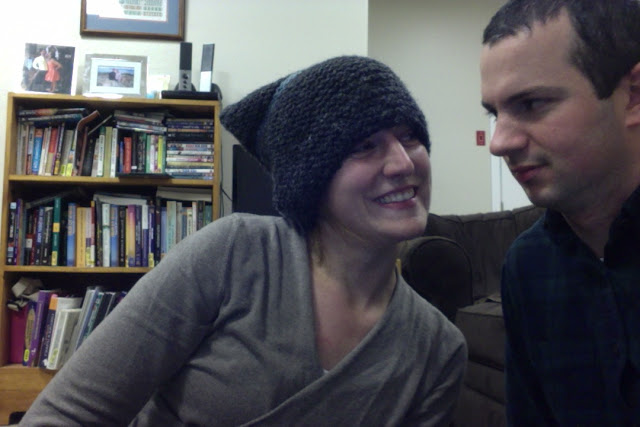 Did you ever think to yourself in college "Oh boy I can't wait to be 26 so I can write stupid blog posts on a Friday night instead of ragging with my friends." Yeah, me either. I did spent a lot of Friday nights stuck on a coach bus watching "Remember the Titans" and other movies that my teammates had on VHS. I say teammates because I was a division 1 athlete. Was. 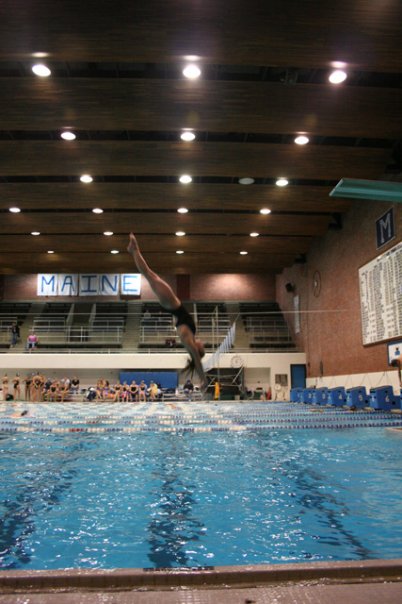 My friend told me she liked the first post I did like this one so I decided to do another one. If nothing else it give me some good laughs on a Friday night.

Lauren
Posted by Lauren at 8:35 PM