Hola! Just because my blind hem was a major fail, doesn't mean my entire project was. I made another copy cat skirt two weekends ago. It's based off of a skirt that my friend Lorelei, mistakenly, let me borrow a few years ago while she was in Iraq wearing scrubs and camo. When she came back she asked for the skirt, but I've pined for it since. I finally begged her to send it to me so I could make one like it. I think it turned out alright if I may say so. 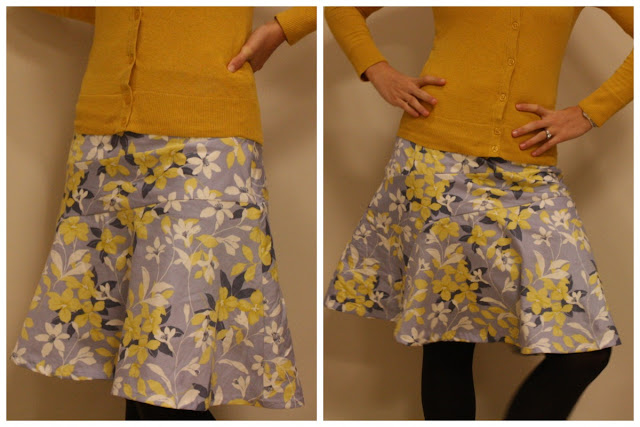 It still needs a bit of tweaking. I added a lining but I think the lining is too bulky and therefore crumples the whole skirt when I walk. I was pulling at it most of the day, which was super annoying. It could also have been due to my tights, or the dry air. Aside from the bunching, when I stand still I really like it. The best part is that it's made of three pieces that are all cut on the bias and make the skirt flowy. 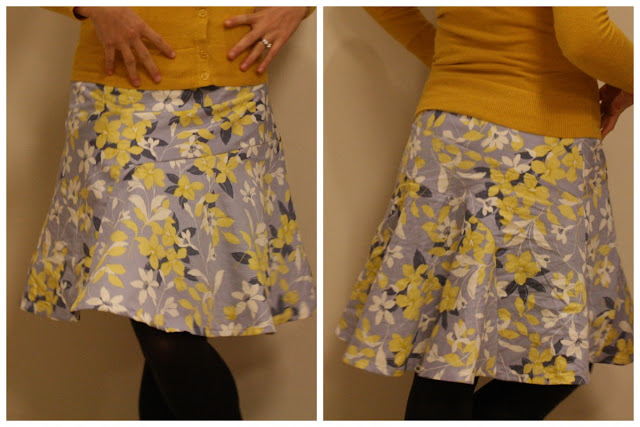 When I spin in circles, which often happens since I forget where I am going frequently, it flows like the flowers in Fantasia. (skip to 4:30 ish if you don't believe me). Am I the only person who watched Fantasia several hundred times as a child? No one these days knows what it is, and even some people my age look at me like I'm nuts when I rave about Fantasia (Charlie). 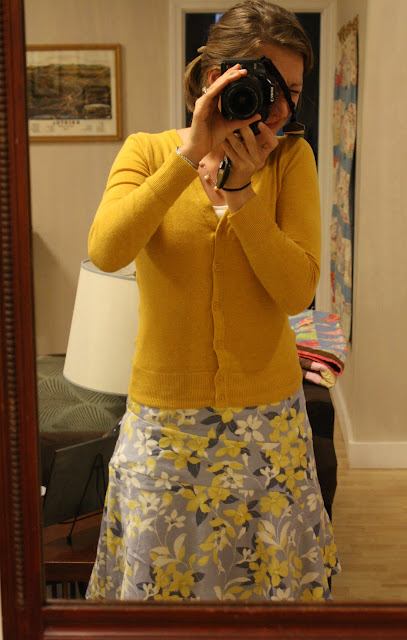 I also need to work on my styling. If Michael Kors had seen me today he would have shaken his head. I felt that a white top would have looked better, but would have been too spring/summer-ish. The mustard cardigan was as close as I have to yellow. I didn't have any other tops that matched with the colors of the skirt. It was also cold so I had to wear tights, I went with brown. Meh. I'll fix the lining and pack it away until spring when I can wear it with a nice white top and sandals. Then I'll be styling.

Charlie made me laugh.

On another note, this is an issue I run into a lot. When I wear clothes that I have made, I like getting complements, who doesn't right. What most people say though is "Did you make that?" I usually take this as a complement, but maybe it isn't. Can they tell I made it because it sucks? Hum. Then the other issue is when no one says anything about your outfit it could mean one of two things. The first being that they think it looks nice, like something you bought in a store, and they don't say anything. The second, less desirable, option is that everyone knows you made your skirt and they think it looks so bad that they adopt the "if you don't have anything nice to say don't say anything at all policy." So much to ponder for a self conscious over-thinker like me.

Maybe I'll ponder it tonight while Charlie and I are on top of a mountain freezing out butts off trying to see the Northern lights.