One of my favorite towns in Maine is Athens. I bet not many people have heard of it but I love it there. This might get confusing but, my Mom's bestfriend, Wendy's grandparent's had a house in Athens on a hill with a great view of a lake and about 10 million acres of fields filled with blueberries. Did you get all that? Well, anyways we went there to pick blueberries while I was in Maine. Aren't they pretty? 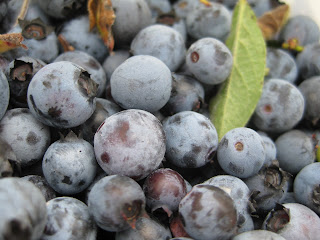 They were everywhere!!!!! I think my shorts are permanantely stained from sitting on lots and lots of blueberries, and no one told me until we went to the grocery store 4 hours later and I caught a glimpse of my reflection in one of the produce mirrors. Oh well, I think everyone should walk around for 4 hours with blueberry stains on their behinds, keeps you humble. 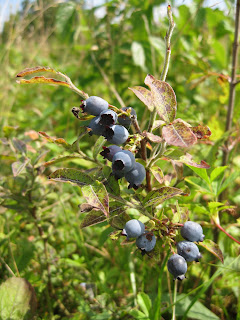 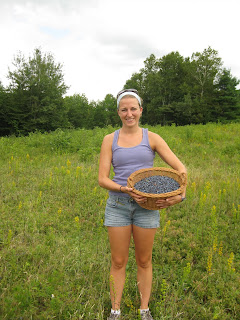 Here's me with our bounty. I guess now is as good of a time as any to tell ya'll that I don't even like blueberries, not in the least. But the next morning I woke up and made blueberry waffles for my brother (a non-blog follower), his girlfriend, Jaimie (my most loyal blog follower) and Charles, (my most hesitant blog follower). They said the waffles were good, but they tasted strangely like pickles, don't ask it's a long story, but let's just say that everything I baked, cooked, or otherwise touched last weekend tasted like pickles.
I am trying to post about all of the interesting and fun things I did while on vacation, so there are more posts and pictures to come (anything to avoid running the 10 miles I am supposed to run today)
Lauren!
Posted by Lauren at 8:59 AM