The results of my survey are in, and 56% of people said I should keep my hair long. I was kind of hoping that's what would happen anyways. I am still perplexed by my trick question to see if my Dad reads my blog anymore. His name is Nevan, so I expected one or fewer answers of the last question. I think someone was playing a joke on me. Also, someone responded that they "could care less, I don't even know why I read your blog." Wonder who said that, maybe my brother reads my blog? It gave me a good laugh. 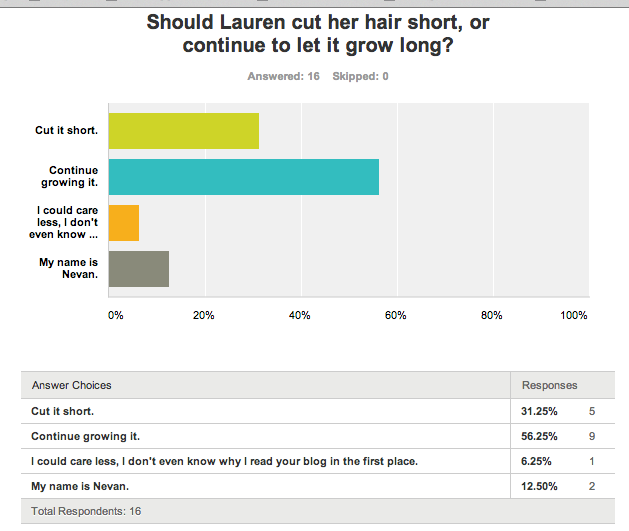 So since I am going to keep my hair long I've decided to put a bit more effort into doing my hair, thus making the longer length worth the added hassle. The main reason I want long hair to begin with is so I can have it braided, or do fancy updo's. Most of the time though I just put it in a pony tail or messy bun and call it a day. Not anymore. Pinterest to the rescue.  For the wedding I did my hair using a modified version of this post. The change was to hold out two pieces on either side, do the twisty flippy thing, then twist the two side pieces and tuck them into the back. Then hide with a snazzy barrette. Sorry if that was super confusing. This is the best picture I have of the updo. It stayed in really well. 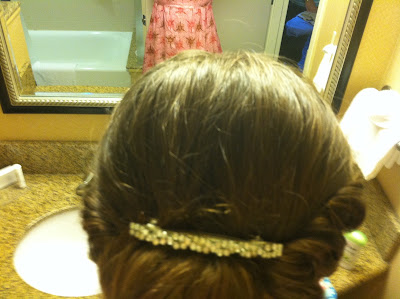 Then yesterday, for our anniversary whale watching expedition, I used this video to do a summer hairstyle. 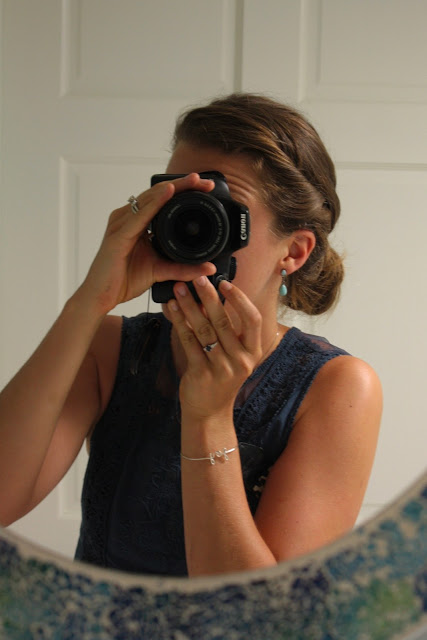 This looked good for most of the trip. My brother in law told me to take/ bring dramamine on the boat in case we got sea sick. I've never been sea sick but his story about everyone on the whale watch he was on puking was enough to scare me. The box said to take the pill 1 hour to 30 minutes before the activity so I did. I did not feel sick at all but the dramamine made me so tired and groggy. I fell sleep for a little while on the way out to sea at which point my hair got messed up, but it was windy so I didn't really care. 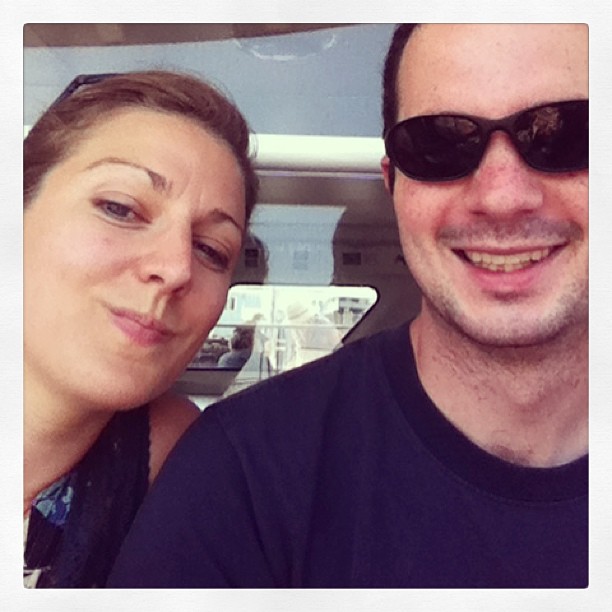 We were going to go out to eat when we got home but the trip took a lot longer than we had thought it would so we didn't end up going out since we were much too tired, and it was too late. Maybe some other time this week we'll go out to a nice meal, then I'll have another chance to try a different updo, perhaps some other ideas from this blog.