I liked my summer tank top so much that I decided to make another one. It's a modification of Simplicity 1693. Here are my model shoot from the beach on Cape Cod this weekend. 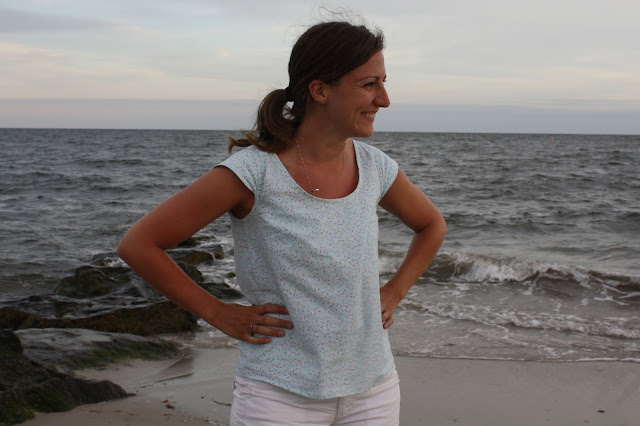 I wanted to make a shirt instead of another tank top, so this was what I ended up with when I added the sleeves the pattern had. I didn't really like them, as you can tell my my expression. The pictures don't make the sleeves look as poofy as they really were. It looked silly, Charlie, my style expert (only other creature I see regularly who talks) said he thought they looked weird too, so I took them off. 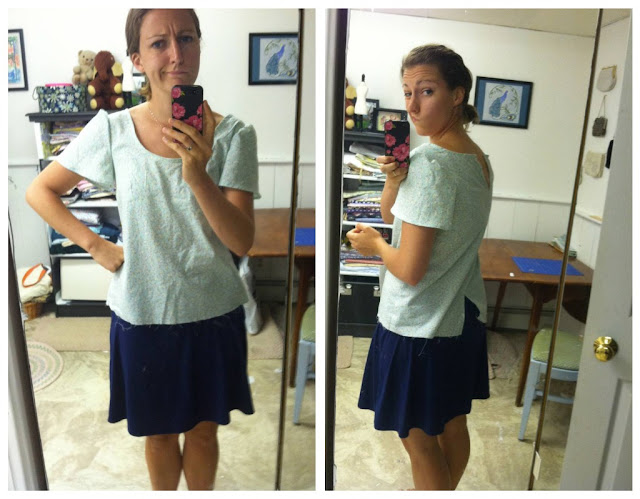 To fix the sleeve problem I cut the poofy sleeves into cap sleeves, using the cap sleeve from the Washi dress pattern. I like it much better. Another change is the neckline. I scooped it out a lot more than the first version, to show off more skin, ya know, since I am so risque. 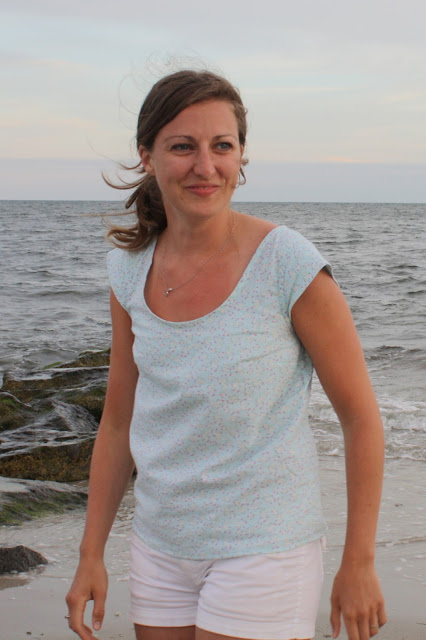 The last change was in shaping the sides more to be a bit more fitted, and leaving a little gap at the bottom seam. I saw that on another blog or Pinterest and thought it looked cool so I did it too. 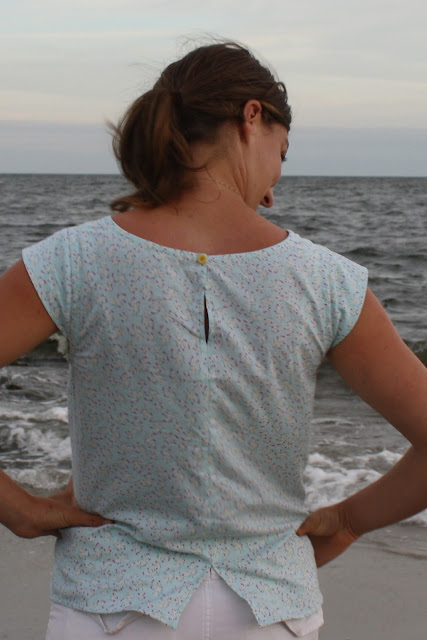 It's a fairly versatile pattern, another version has a collar which I might try at some point. I also would like to make a version stemming off of the pattern that is a peplum, which is apparently all the rage at the moment. Just like last time thought I used a fabric with tiny flowers on it, my favorite.