None of these changes seem big enough for a whole post, so this will be quite random. Here are some changes we have made around here in the last week or so.

1. We got a pellet stove. This one turns out to be the exact one my Dad has. We liked it because it didn't require a pad to put it on top of. It also fits in the space well and doesn't need to be at an angle like the previous one that the last owners took when they moved was. This way there is more room in the area to move around in. I just have to convince Charlie to drill a hole in the floor so the cord doesn't show. 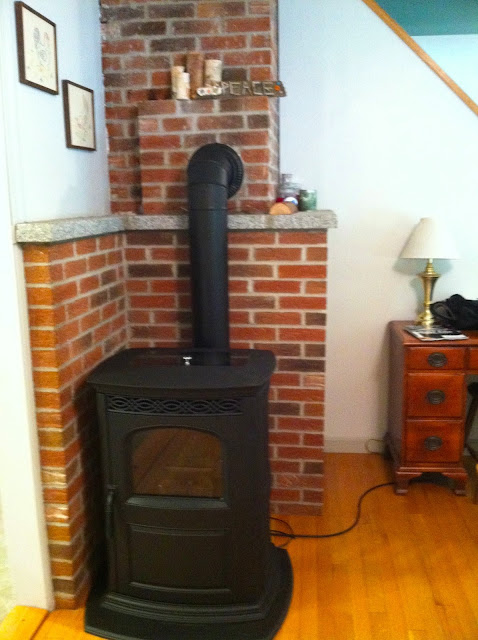 2. My Dad helped me build this desktop, then Charlie and I installed it, and I painted it. Now I have tons of room to work. I can even set up two sewing machines if I want to. I love it. 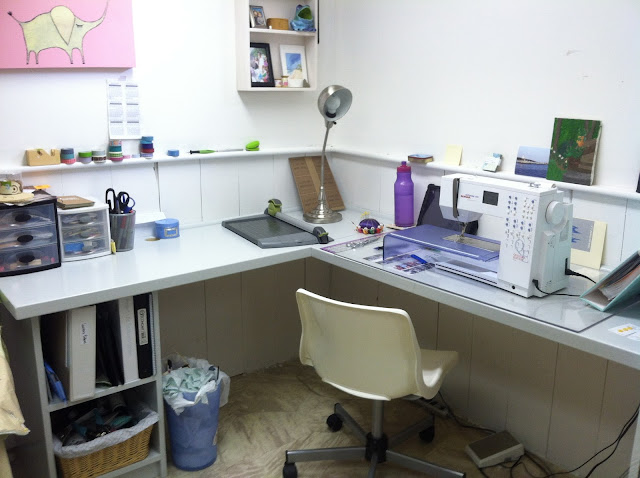 3. I won this table for our bedroom reading nook at an auction. Okay, so you don't win things, you pay for them. But it felt like winning. Only $50 for a really nice antique table. 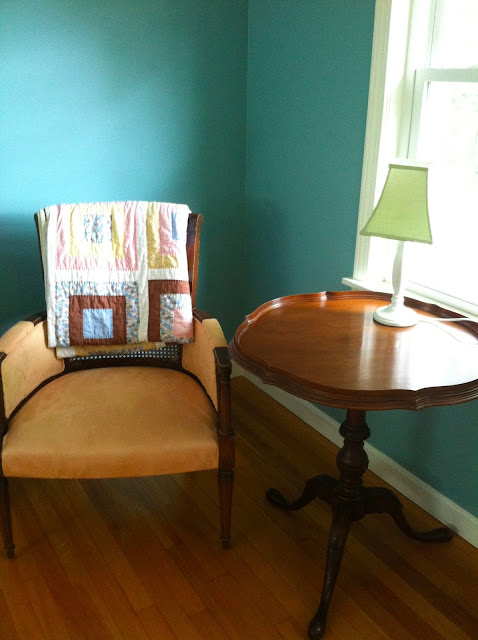 I had never been to an auction before but it was really fun, it was an estate auction so you got to go through the house before the auction started at look at everything. Even if you're not going to buy anything the people watching, and snooping through an old house is enough to entertain you for two hours. I saw this table as well as a few others like it and loved it. My parents used to have a table like this one when I was young and I used to be in charge of dusting it. I liked to let the dust build up on it so that when I did dust it it felt like I was uncovering something super old and special. I was a weird kid in case you didn't know. 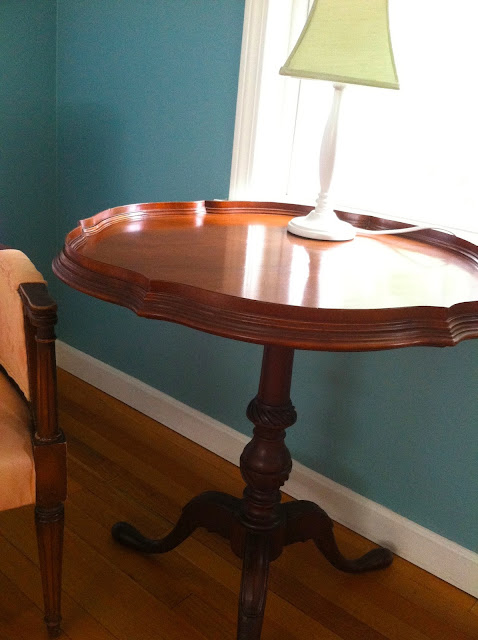 4. We got new lights installed in the kitchen. After much searching online I had an idea of what I wanted, then the electrician told us where the lights would go and that if we got hanging lights they would be right in our faces over the island we decided to get recessed lights. There were already two recessed lights in the kitchen but it was not bright enough so we had four more installed. Now it is super bright in the kitchen and I can clearly see all the food I am poorly cooking. 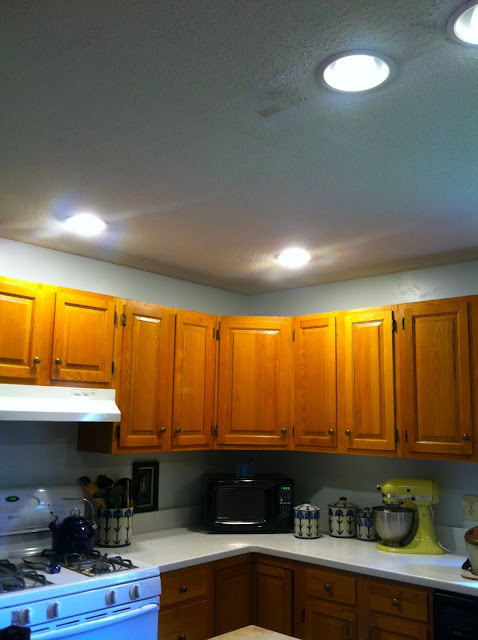 5. While the electrician was here he also installed a light above the mirror in my bathroom. It was much too dark in there for me to adequately primp myself. Did that sound snotty? I was trying. It was just dark in the bathroom and we wanted a light. 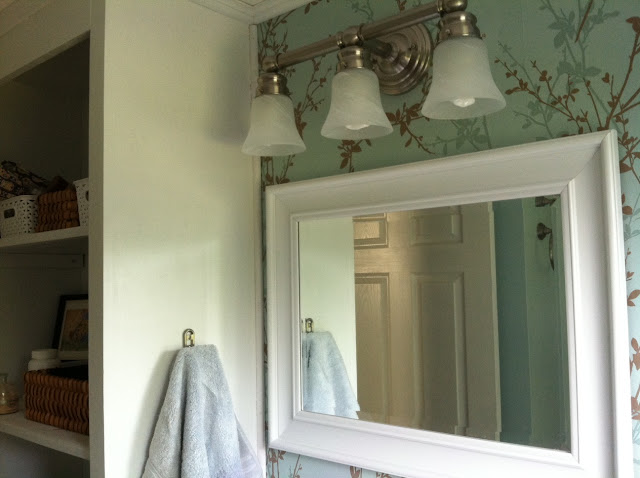 So that's what we've been doing around here so far. We still have painting to do on the outside of the house. The scary side is all that's left, so I've been putting it off for as long as I can.

Hope you enjoy the recent changes.

Lauren
Posted by Lauren at 5:50 PM