You read correctly, bridal showers. That's right my friends, wedding season has started again. We've got three weddings to go to this year, much less than the 4 plus our own that we attended last year. Anyways, I found this pattern for a casserole carrying case a few months ago, and then when I saw etched glass casserole dishes on pinterest, I knew the combination would make great bridal shower gifts.

This first one is for Charlie's High School friend Johnny, and his lovely fiance Abby. 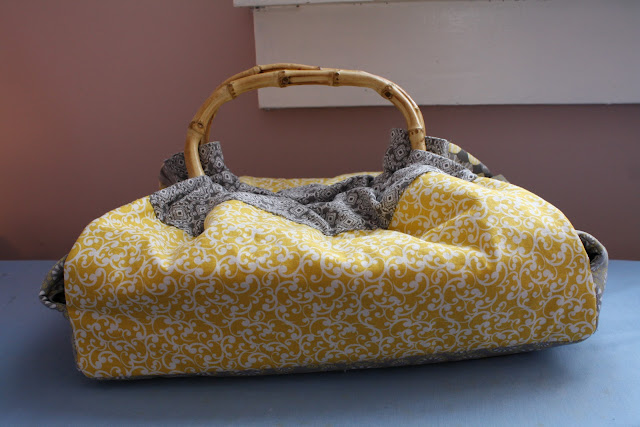 I really liked the fabric combinations. 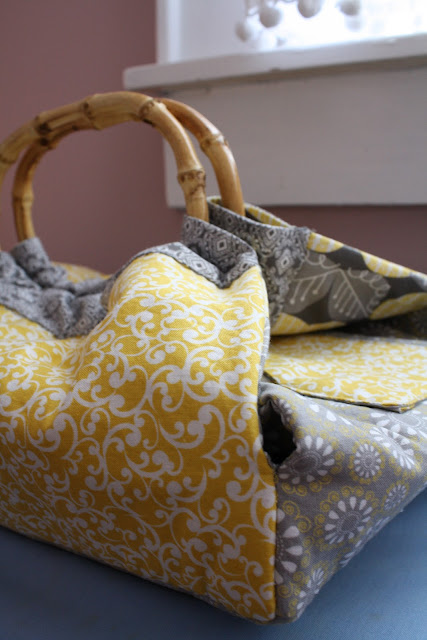 The hardest part was finding casserole dishes with covers. 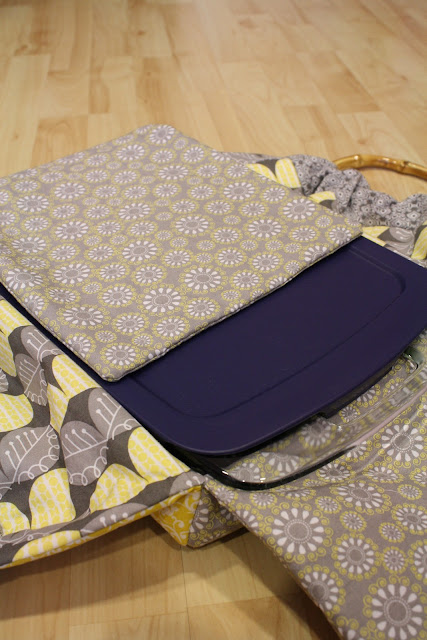 Oh, and etching them. I did the etching at my dad's house. Since I don't have a fancy printer that cuts out letters and designs like all the people on Pinterest apparently do (I'm not jaded) I used a simpler/cheaper method. We stuck duct tape to the bottom of the glass and then used an exacto knife to relief cut the letters for their names. Abby wasn't sure if she was going to take Johnny's last name so I just wrote both of their names. Now no one can steal their dish at parties or keep the dish and say "Oh, I didn't know it was yours!" This reminds me of a hilarious episode of Modern Family. 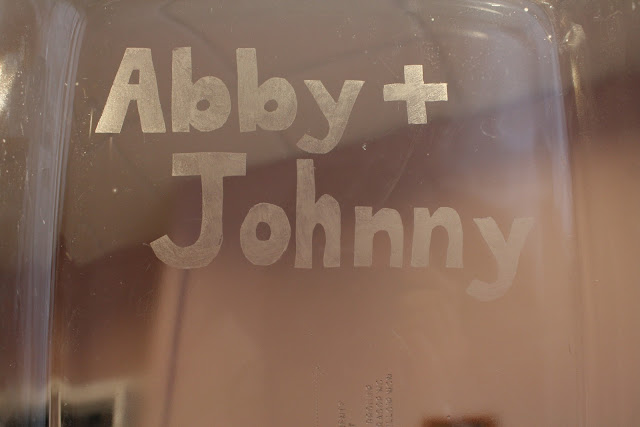 I digress. I also made another carrier for my friend Jill. 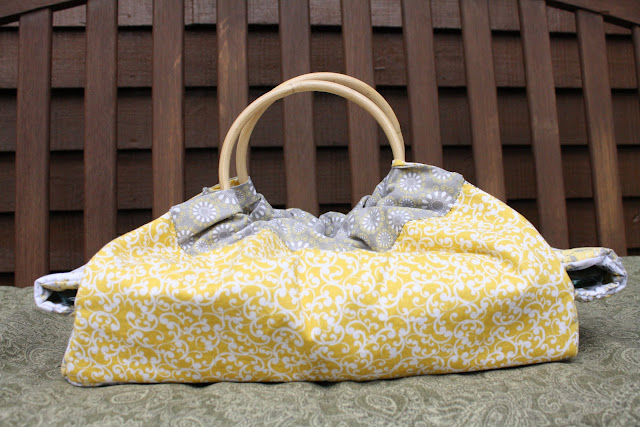 The etching was relatively easy. I wish I had been able to do something a bit fancier, but I like it. The cream cost quite a bit and also smells terrible. At one point during my etching in the basement my dad and brother came downstairs to "check in on me" read, poke fun of me. My dad said "I thought their name was Harriman not Harrimon." I nearly cried, turns out he was just kidding. I'll blame the near crying on the effects of the toxic etching cream. Looking at this picture makes me want to call Jill ASAP and tell her to clean her dish before she uses it. Yikes! 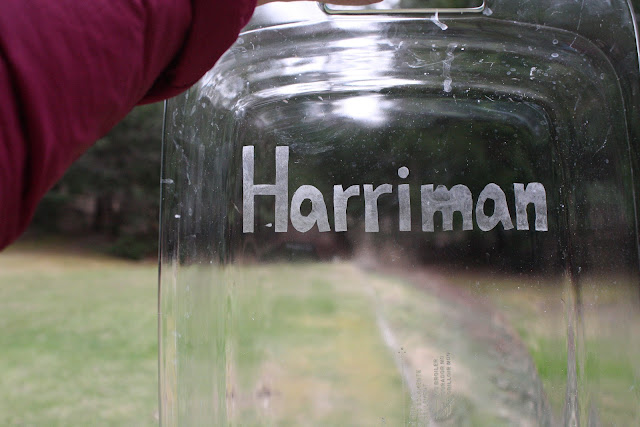 When I showed Charlie my finished products he said "Those look a lot like something I've been asking you to make me for  a few years." Yeah yeah yeah. I'll get on it. Until then we'll just have to keep bringing un-etched casseroles to parties wrapped in an old bath towel.