We got so much done this weekend I can't even believe it was only two days long. I think the fact that the sun is setting really late helps us to be more productive.

On Saturday my dad and step-mom came to visit and built us new steps from the garage to the back patio. Charlie had ripped the old steps out about two months ago because they were rotten. When he tore them out there were carpenter ants everywhere and signs of mice. Yuck. Since neither of us knew how to build steps it looked like this for the past two months and we just jumped out the door. 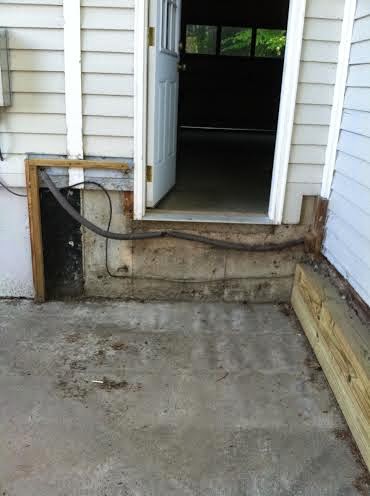 Luckily my dad is a fantastic carpenter who can make plans to build something from a picture and measurements I sent him. He and Charlie were able to build the steps in no time. We also filled in the spots where the ants/mice/squirrels were getting in with cement and a lot of spray foam. 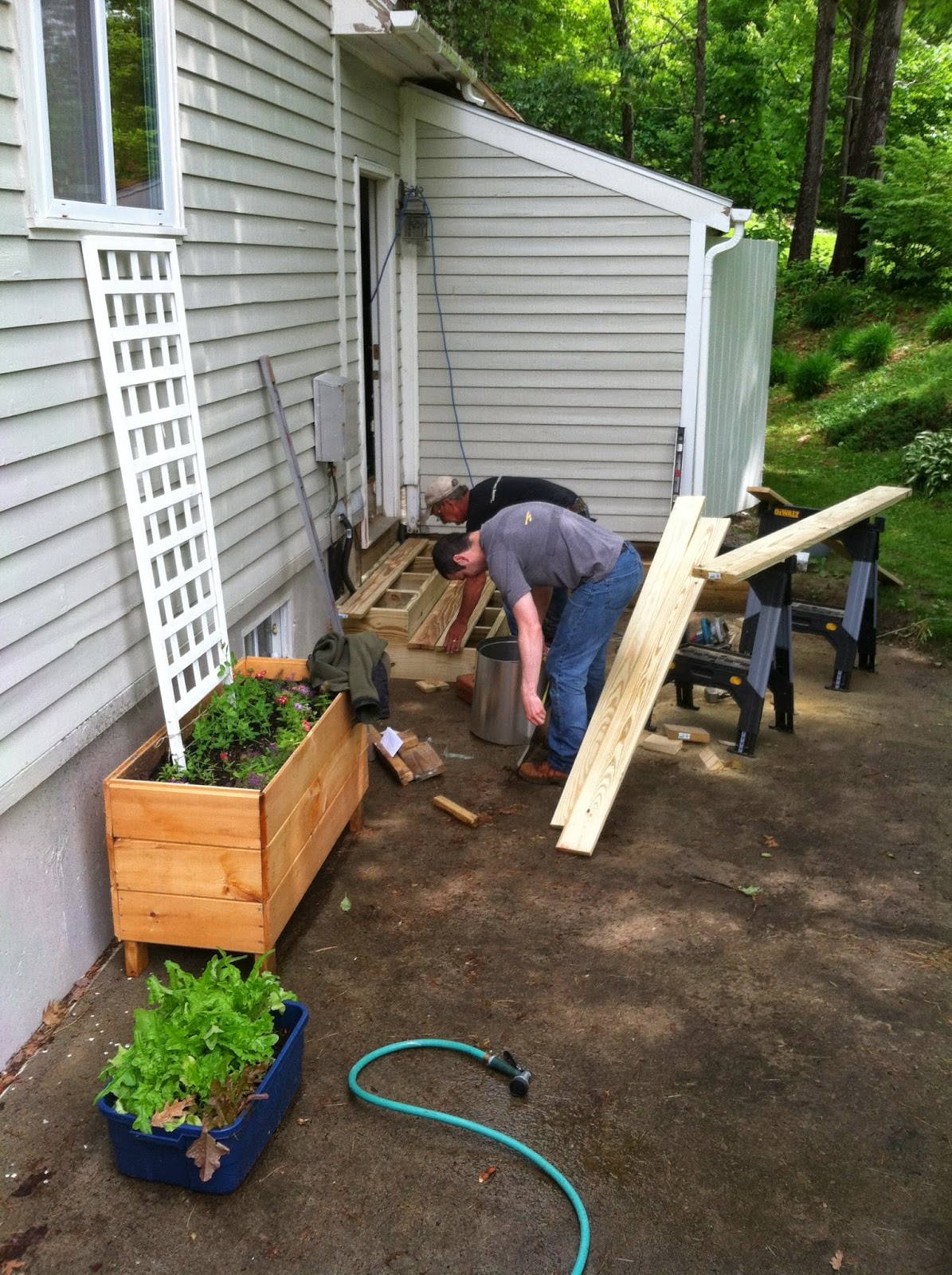 The pipes for the propane go right past the door, and the old steps went up higher to cover them. Due to that the pipes kind of stick out, and the foundation and clapboard were not painted. On Sunday I painted the rest of the wall to match. 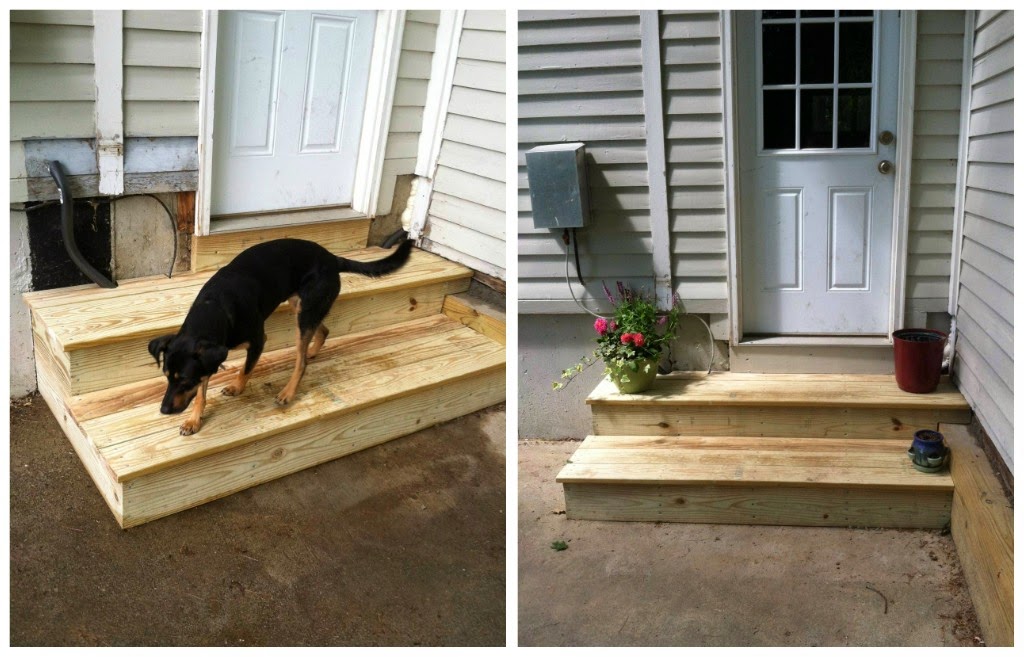 Then got a few new plants in a planter hide the rest of it. Total sacrifice on my part....buying more plants, what a drag. Nawt! Not sure about the other two empty pots. Might get some more plants, or not. 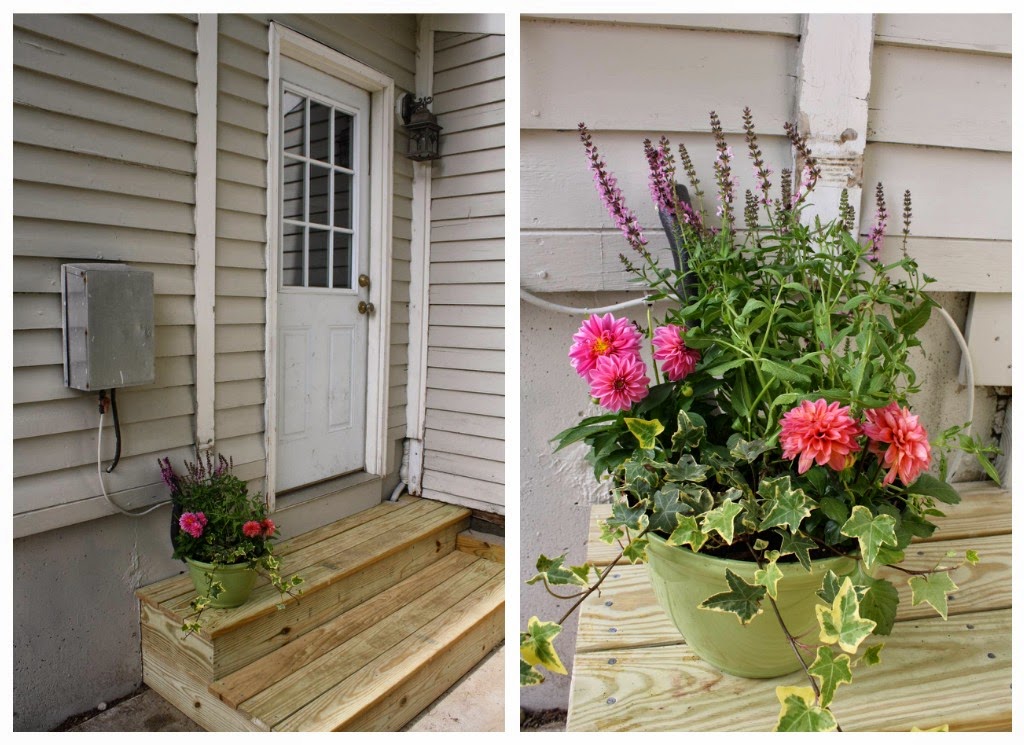 My dad said that the project was an early 3 year anniversary present because pressure treated wood is the traditional gift for a 3rd anniversary right? Well, no, leather is but I like pressure treated steps a lot better than I'd like leather steps. (Who made that stuff up anyways? I'm not into it until about the 35th year in which case please give me pearls, rubies, and sapphires galore.) Anyhow, we love the steps. Blaze totally tripped on them the first time out the door because he is used to jumping down. We will be staining/painting them this summer at the same time that we do the deck. 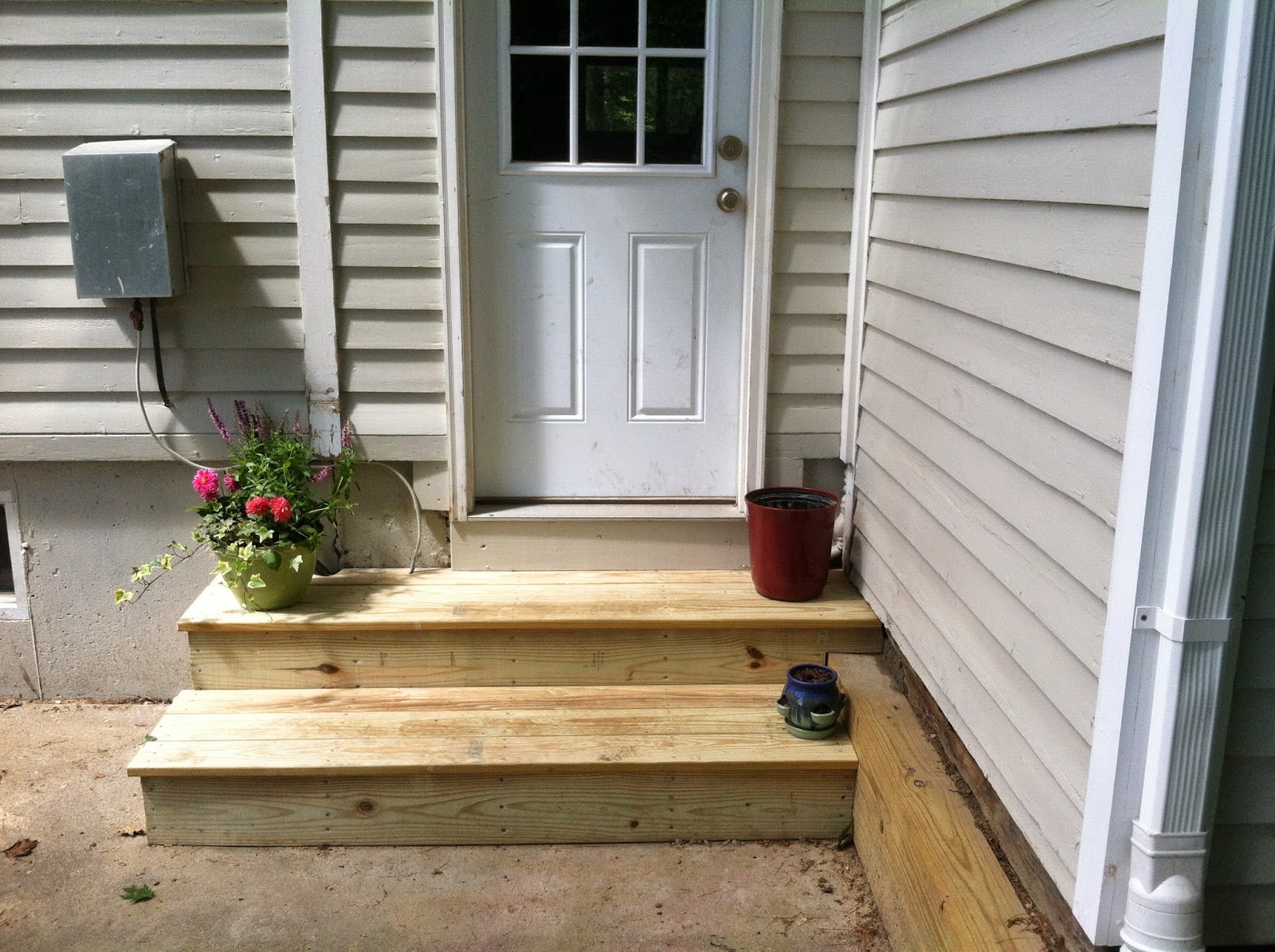 I have been pining for a clothesline for over a year now and finally got one this weekend. I had really wanted one that had a pulley and could be hoisted into the trees. After everyone I told my idea rolled their eyes at me I decided to scale it back a bit and just go for a traditional clothesline bolted to two trees. It turned out pretty well I think. I love the smell of clothes, sheets, and towels dried on a clothesline. 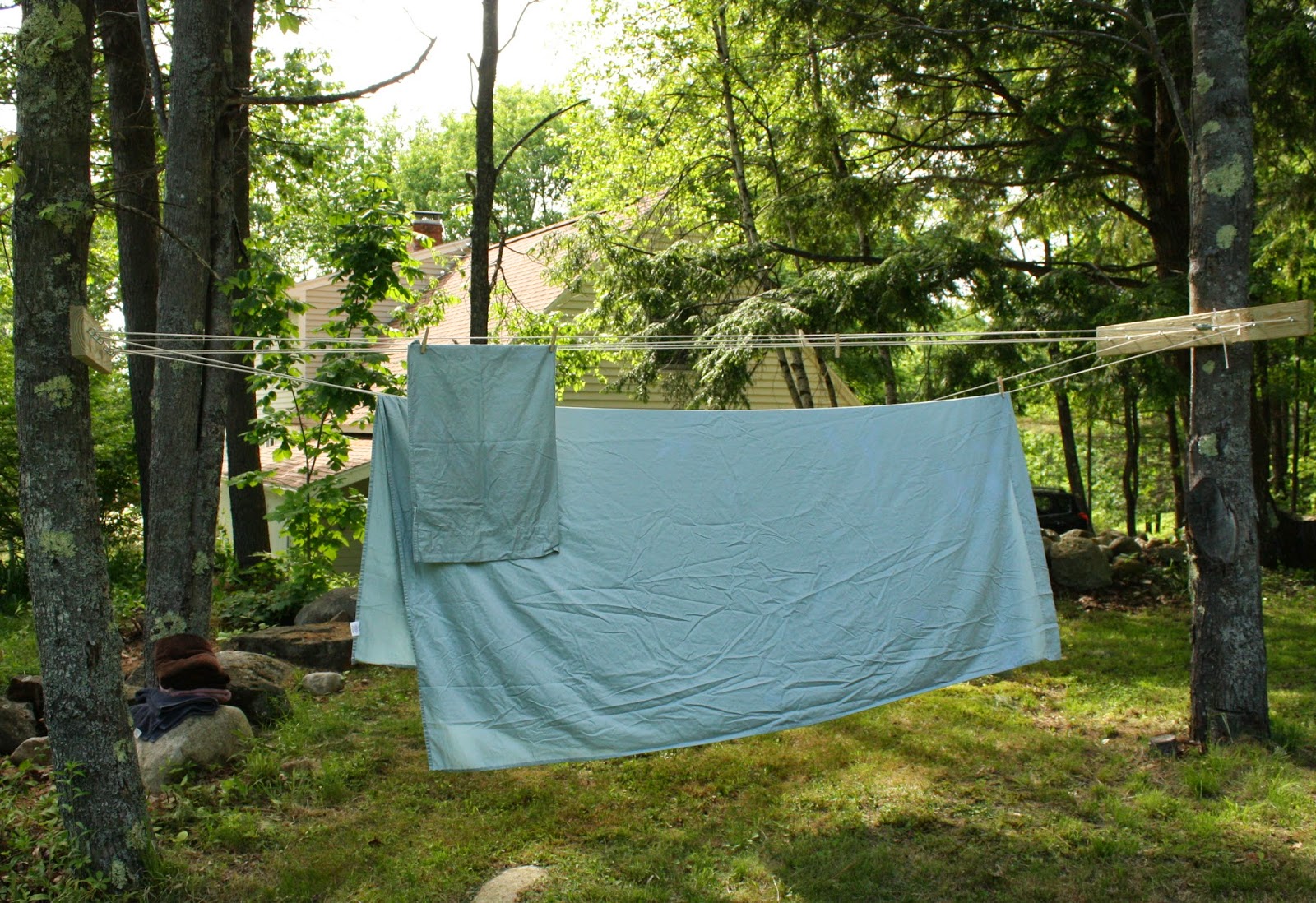 There is one more project we (mostly Charlie) worked on this weekend, but it's not totally done yet. More on that soon.