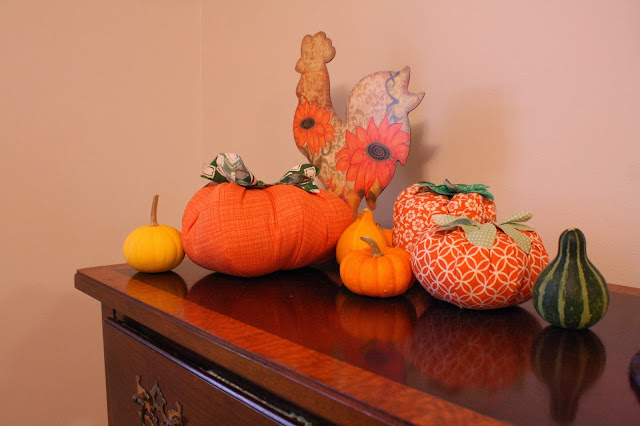 I'm trying to embrace fall. It's kind of working, but mostly not. A few weeks ago I pinned some fabric pumpkins on Pinterest, bought some orange fabric and got to work. I finished these three weeks ago but never showed them to you because I was getting home from work and XC practice after the sun had set so the lighting wasn't good for pictures. Anyways, this is the only area in our house that looks remotely decorated for fall, except the front door. The mini gourds were bought at a farmers market, the chicken thing was on sale for $1.99 at Michael's 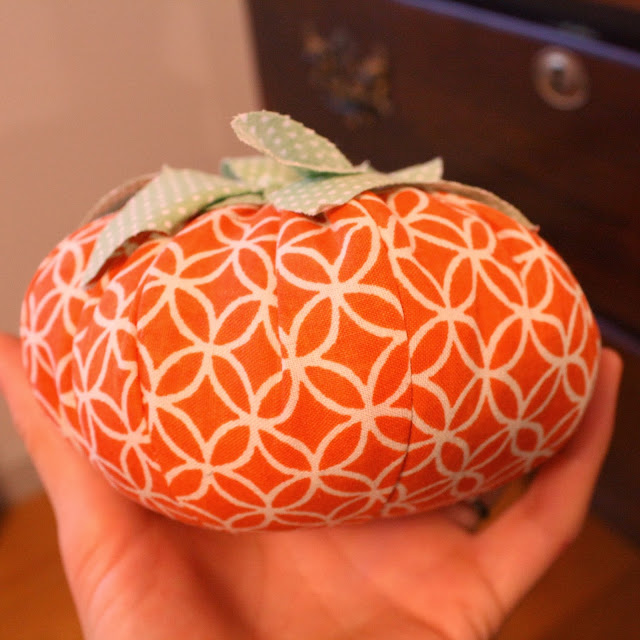 These first two were made using THIS tutorial/pattern. For the first one I did the pattern exactly as it said, for the second I enlarged the pieces, but that created some problems which lead to my mis-shaped pumpkin. I think it looks more real though with the weird bumps. 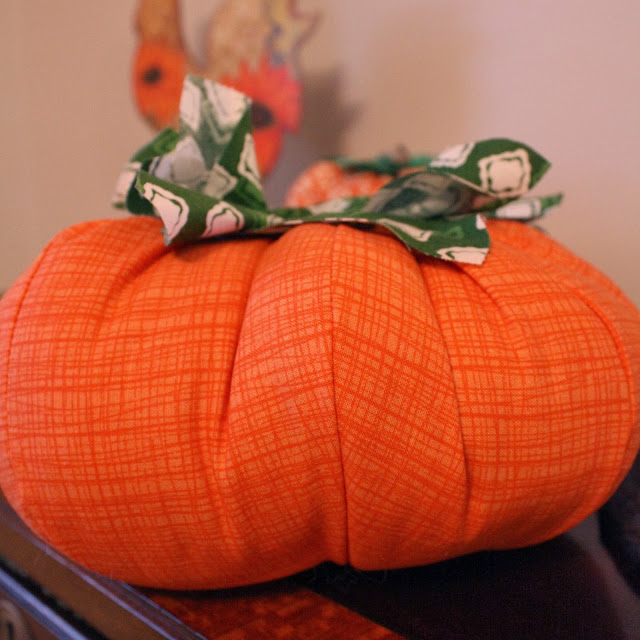 For the last one I kind of used this picture link I found on Pinterest. Instead of using the embroidery floss all the way around the pumpkin I did a running stitch to squeeze it together. 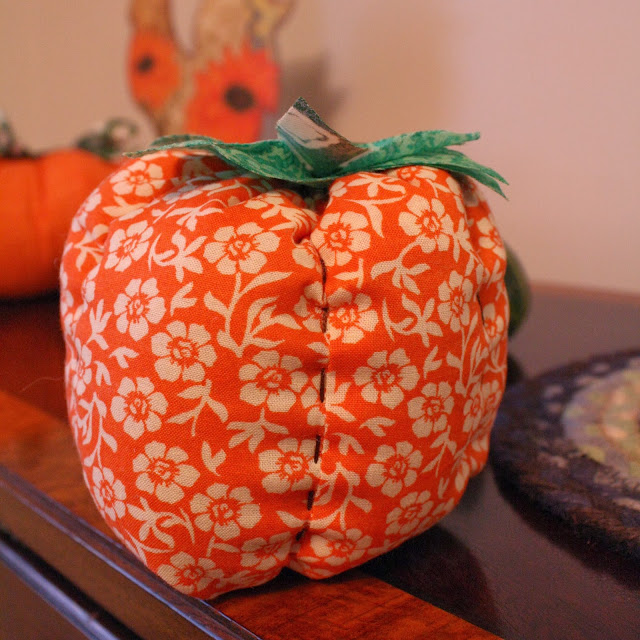 Last night I tried to start knitting a pumpkin to add to the collection. I didn't have a pattern so I just started making it up. This morning I cam downstairs to this: 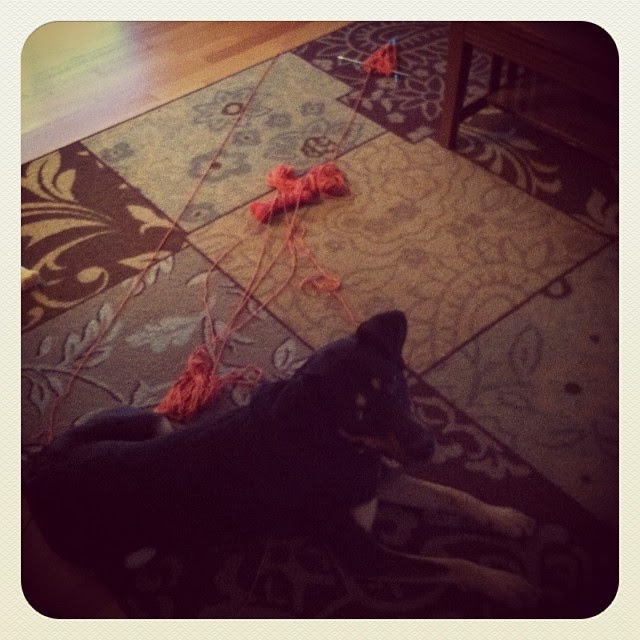 Good thing I didn't invest too much time on that project.

What do you do for fall decorating? I'm going to carve a pumpkin tonight. I want to do one like this one but I'm pretty sure I would fail miserably.

Lauren
Posted by Lauren at 9:00 AM