This weekend I went to Maine and went on a Maine adventure. No not to Reny's! (Although I did go there is weekend too.) My mom's friend from High School was visiting from Florida, he hasn't been in Maine recently so we decided to take him to the Dump, talk about adventure, after we unloaded our stinky trash we decided to take the empty trash can for a drive. But first we had to take a pit stop. 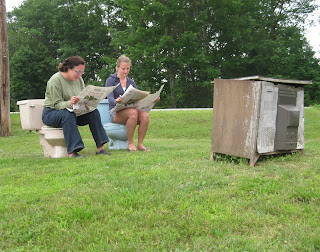 Haha, just kidding. We saw these two toilets and a TV and just had to take a picture on the side of the road. Pretty funny huh? After I was done with the comics and Mum was done with the Arts and Leisure section we found our way to a town called Brooks. Where we stopped for gas and I took a pretty picture. Oh ah! 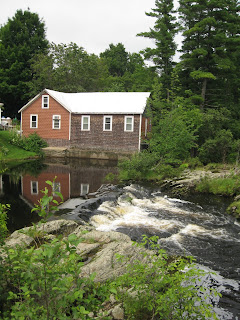 Then I saw an old steam engine and wandered up the road to check it out. Next to the engine was an old station, which to my surprise had people inside. Apparently they have been fixing everything up and running the trains on the weekends. So the nice people let us poke around inside, and poke around I did. 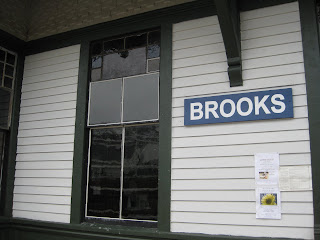 I thought the front door knob was very nice. 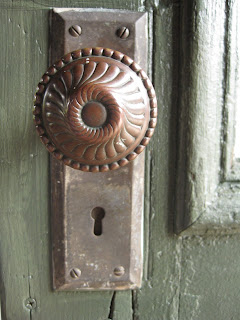 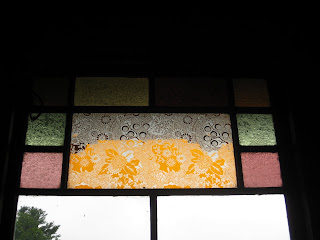 Inside the office was this ticket box. It was wicked cool. 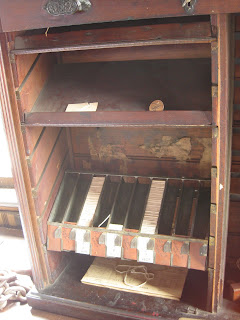 Here is an up close shots of the tickets. 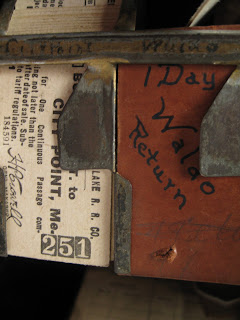 And this is the luggage tags and stamps. The whole inside of the station was wicked cool. It was like stepping into the 1900's. Then we went outside and saw these: 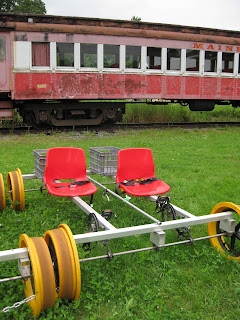 They are called "Rail Bikes". The yellow wheels go on the tracks and you can pedal the bikes down the tracks. We thought that the milk crates in the back would be great for carrying a 6 pack, but then the nice woman from inside the station told us that she is the guide and goes on all the rides, in other words ex-nay on the beer drinking on the rail bikes. Oh well. I still hope to return to the lovely town of Brooks sometime soon and ride the rail bikes with some friends and family, who's with me!?
Hasta Luego!
Lauren
Posted by Lauren at 8:28 PM