I've been debating for a while how or what to say on this topic. Here goes.

Charlie and I are having a baby!!! ** jumps up and down in excitement, then sits down really winded and eats half a watermelon,** We are very excited. We are not finding out if it's a boy or girl, so I call it "Sprout" instead of calling it "it". I bought the yarn when I was 7 weeks pregnant after my first appointment. I was so excited I had to do something, but also so tired that I knew I wouldn't have the energy to sew a quilt right away, but knitting, that's easy. I did most of it on the couch while watching shows or movies with Charlie and some of it in front of the fire while he cooked dinner. Knitting also travels much easier than sewing projects so I did a lot in the car on the way to places over the holidays, or at my in-laws while watching a Harry Potter Marathon. 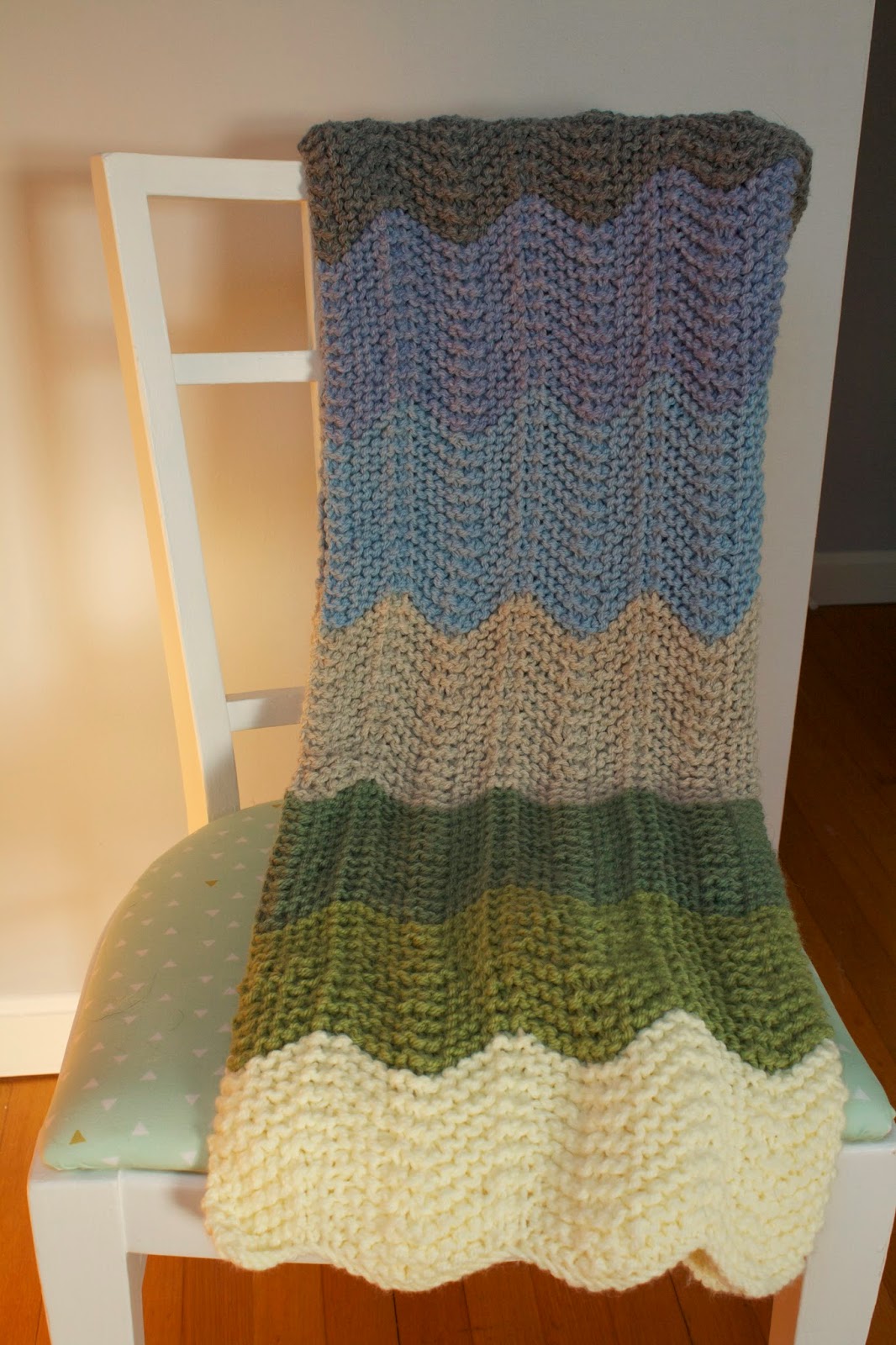 The pattern was one I've seen many times before I was even pregnant and really liked from The Purl Bee. It was super easy to follow, even for me; a pattern hater and novice knitter. 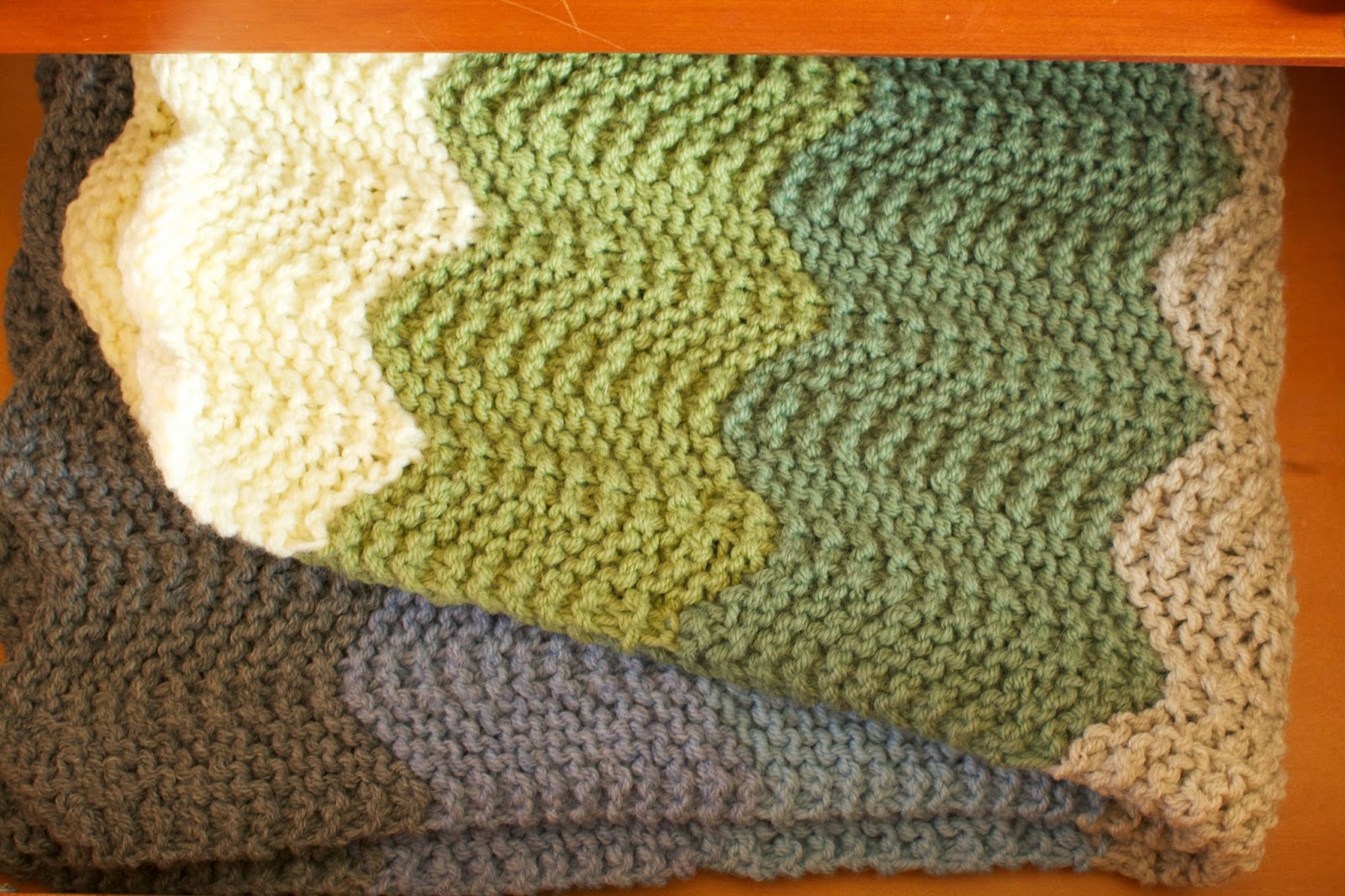 It's super warm and soft, I want to cuddle with it myself on cold days. 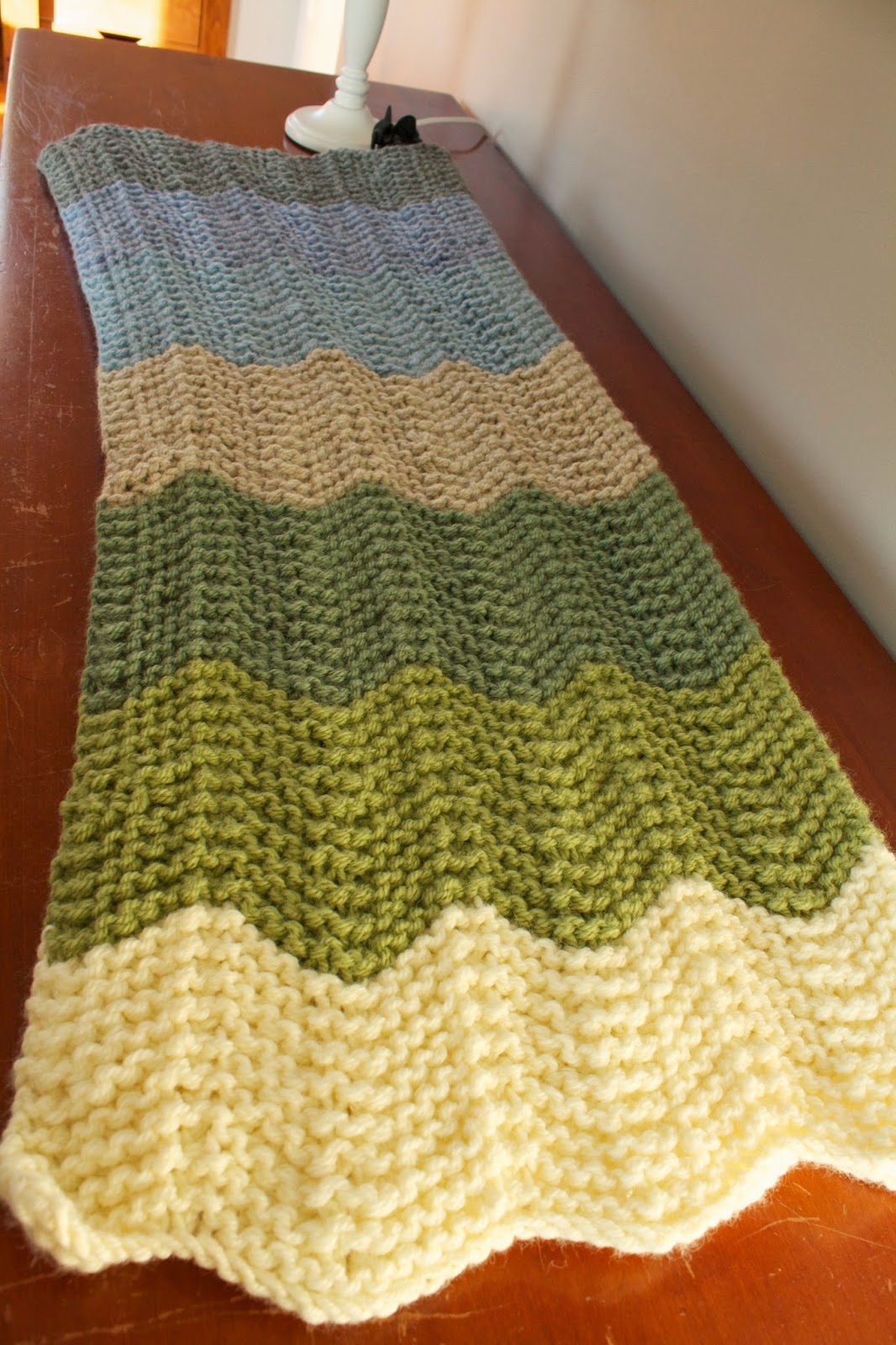 I deviated a little and knit more than 10 rows for some of the colors, since I wasn't out of yarn yet. I partially wish I hadn't done that because now the blanket is much longer than it is wide, which makes for a bit of an odd shape. Made with love is what I'll say. And I sure do love this little Sprout.

**** This was at the beginning of the post but seemed too depressing and
long winded so I added it here. Feel free to not read it.*****

I have promised myself I am not going to blog exclusively about pregnancy and the baby. I also don't want the baby to have his/her picture all over the internet before they have a say in what is posted. That doesn't seem fair to me, and I wouldn't want to do that to a baby/kid. My parents took all kinds of embarrassing pictures and videos of me, and I said some pretty dumb things, but there was no internet to post all that stuff on so those humiliating things are between us, the photo albums, and the VHS tapes. I intend to keep it that way with this baby. Sounds like a pretty boring blog now huh? That's what I was thinking too. I even considered not posting here anymore. As a good friend once said: "you don't have to post it on Facebook/Instagram/Twitter/your blog (insert other social media here) for it to have happened." Good point Sammy! If only more people realized that.

I do still like taking pictures of what I've created and sharing them here though. Another friend said that her blog serves as a reminder of things she had done and she likes looking back on old posts. I feel the same way, it's fun to look back on things I sewed ages ago, and also a good reference to what changes I should make to patterns etc. Conundrum city ensued, which is why I have not posted a lot (anything really) lately. After much thought I've decided that I have no qualms about sharing things I have sewed or made for the baby, so I think it will stay a crafting blog, but be less about the other stuff. If you want to know about that, feel free to call, text or e-mail me.