This weekend there was:

Lots of dogs having a rumpus time. 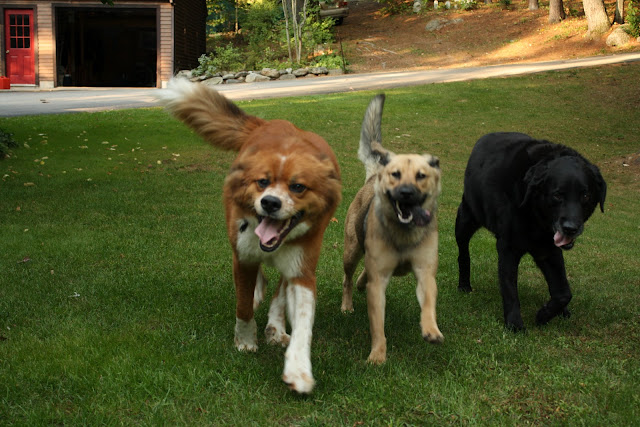 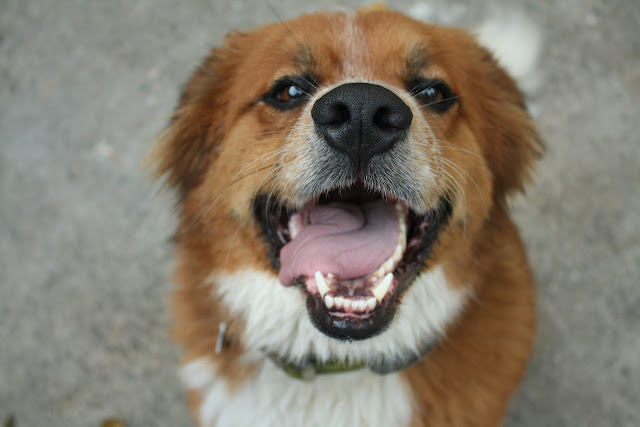 A trip to one of my favorite stores. Edmunds Hardware. Can't think of many hardware stores with this big of an embroidery thread selection. I always try to stock up on sewing machine belts when I go to Edmunds. 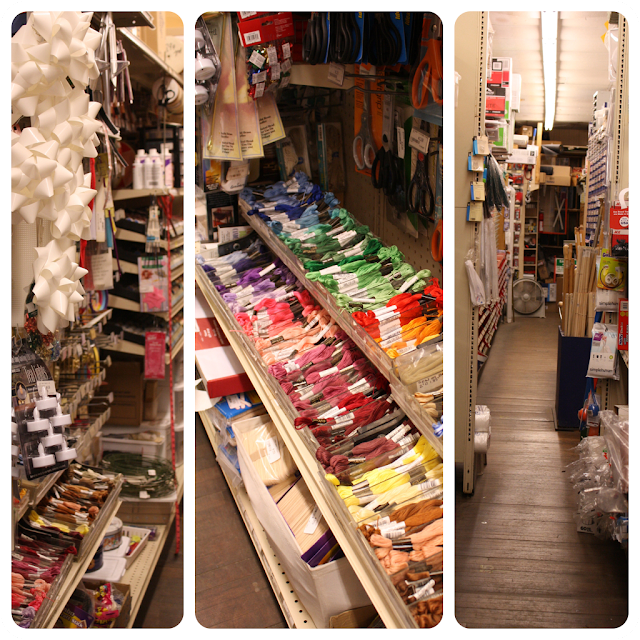 A delicious homemade donut covered in cinnamon. Some ornament stitching; it's never to early to start right? And a parade with a bagpiper. I've probably mentioned this 100 million times but I love the bagpipes. 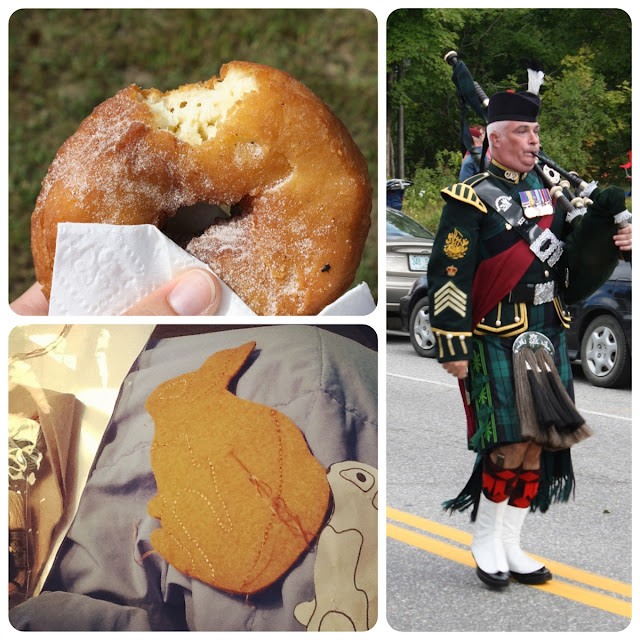 A final trip to the lake. Unfortunately, I did not swim or go off the rope swing, it was much too cold. We did take Penny for a boat ride during which she jumped out of the boat onto land twice while we tried to motor away. 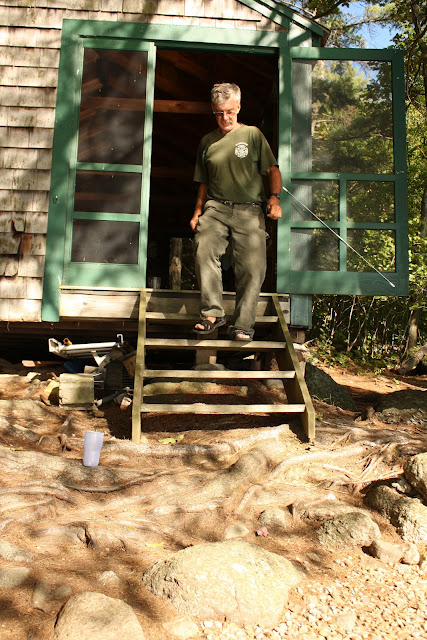 More dogs at the lake. 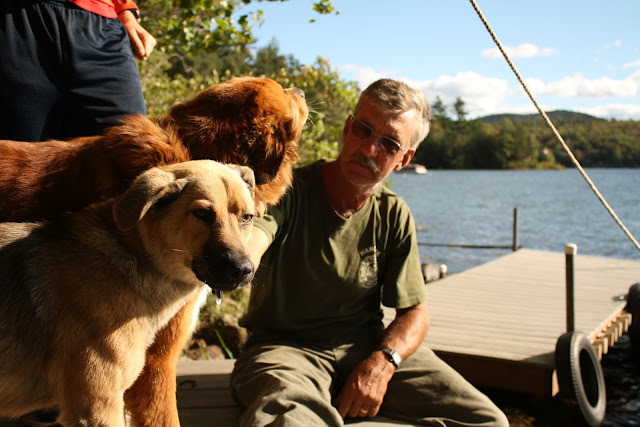 And! A 14 mile race. My fuel belt is on its last leg. I'm planning to throw it away tomorrow at the dump. But being the cheap person that I am I just held it together with wire for 14.2 miles. Then after I finished I wore it around some more because my fingers were too swollen to untie the huge knots I had tied in the wire. Do you fingers get bloated after a long run? 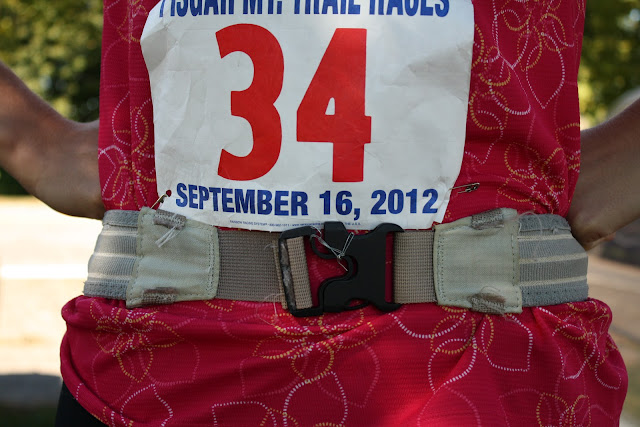 Here is my before and after. I consider the race a success. I didn't fall, even though it was a trail race. I did stumble a few times. I made a running friend who I stuck with for most of the race and chatted with. I also accidentally asked a woman where her husband was only to hear a sob story about how he left her and moved to North Carolina with another woman, that wasn't successful I guess. I didn't puke, gag, poop in my pants (always a fear) or even cry. Total success. 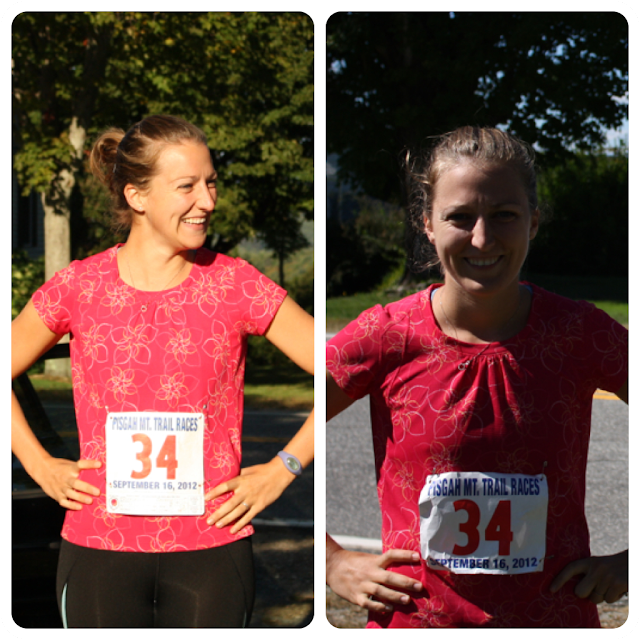 Charlie's before and after shot. He looks P.O.ed in the after because I made him put his shirt back on to cover his chaffed nips. Nobody wants to see that...or probably hear about it but oh well. 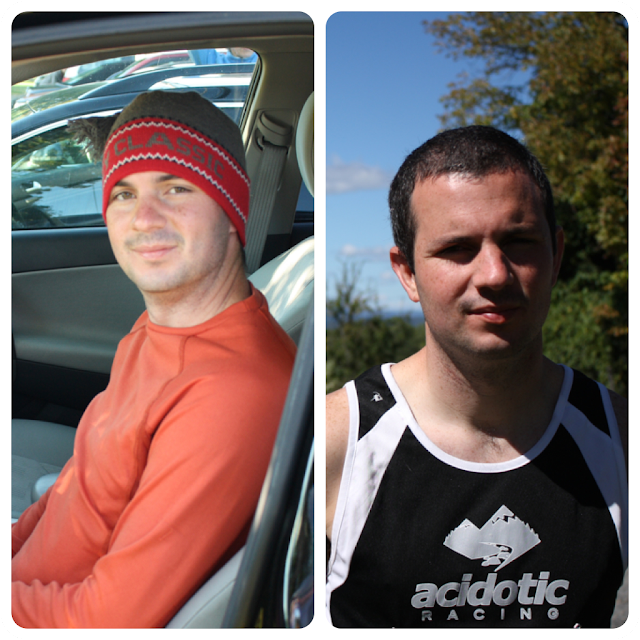 That was our weekend! I promise I'll be back sometime soon to show off some sewing projects.

Lauren
Posted by Lauren at 3:41 PM