In attempts to keep with my 24 goals I accomplished one today. It was actually goal 24; which is to find something enjoyable to do everyday. But then I realized I told myself I would do that goal everyday so that's one down and 364 more to go! Today's was very fun and very enjoyable!

I really liked the movie Yes Man, did any of you see it? My friend Keith recommended it and it was very funny. Anyways there is a part where the love interest leads a running group with people who take pictures while they run. That part always makes me laugh (although I've only seen the movie once, so I re-phrase that to "That part made me laugh".) Here's the quote, hopefully it will make more sense after you read it:

"I lead a jogging, photo group for people who want to both exercise and practice photography."

I always liked that idea. Today when I got up at 6:03 am to go running I looked outside and instead of seeing a town where the sidewalks were un-plowed and highly dangerous, and the streets we filled with a salty muddy mixture, I saw a town blanketed in over a foot of fresh white snow. Crisp snow that was still hanging on the tree branches and untouched by other people and their dogs. And my first thought was, "I'll bring the camera when I go running today."

I set out with the camera tucked into the pocket of my insanely yellow reflective running jacket and set out for a run.

Here are a few of the shots: 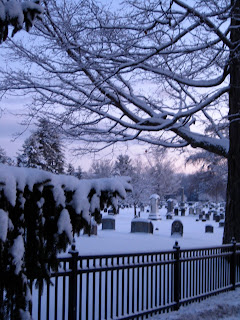 The cemetery down the street. 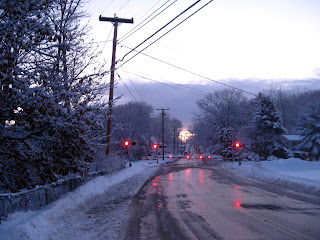 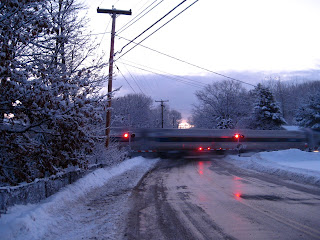 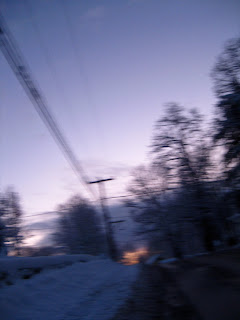 One I actually took while running at full speed (I was in the
road because the sidewalks weren't plowed.) 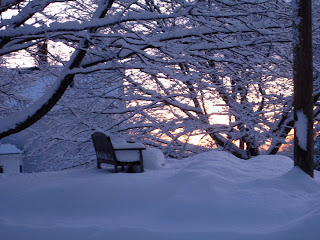 Too pretty not to stop and get a good shot. 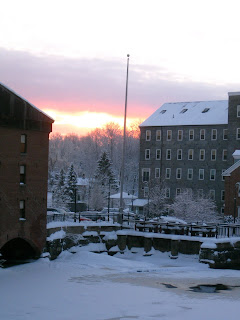 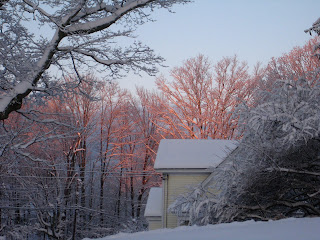 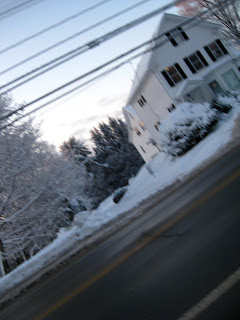 And then I was home. 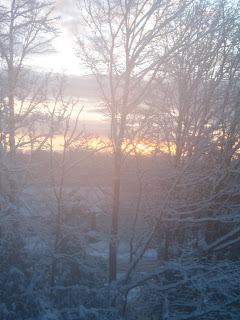 And this one is kind of cheating because it was taken from my bathroom.
It was just too pretty to pass up.

This run was very enjoyable, I found that instead of sticking to the normal route I run I was running in search of a good shot; which mostly involved finding a good spot to see the sun rising. It certainly made the run through the snow at 6 am more enjoyable. The only problem was that the camera got kind of cold and stopped working for a few minutes. I wonder how experienced runographer's deal with that problem?