Well, I promised I would start sharing "real" stuff here, so the real truth is the race I ran on Saturday sucked.  It was a 12 mile trail race. Mistake one was drastically underestimating the elevation profile of this race. Mistake two was drastically overestimating how much I had actually trained for this race. Conclusion to these two mistakes, wicked bummer of a race. 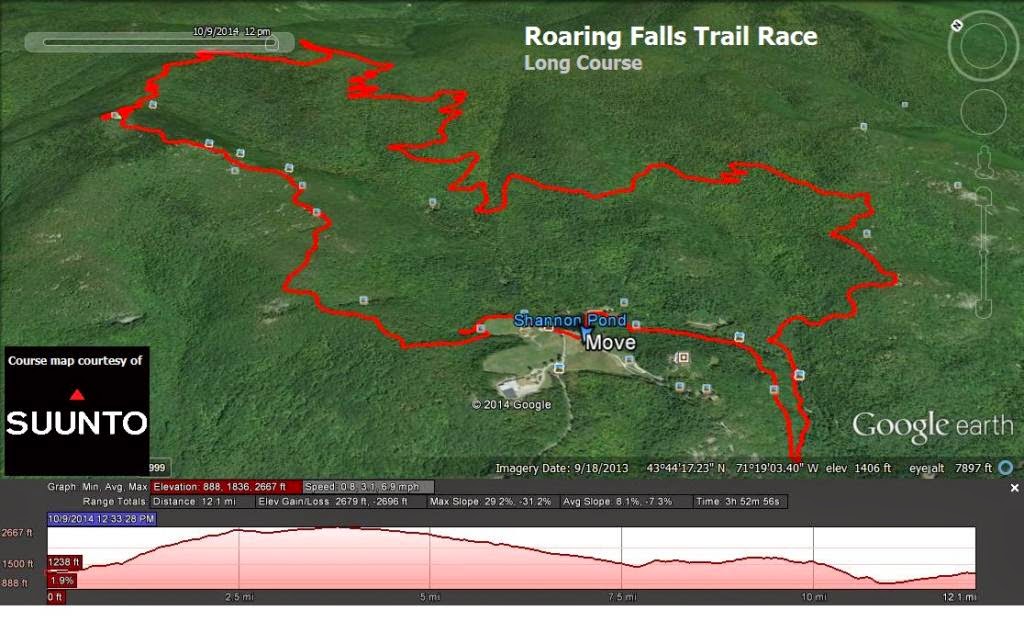 The first two + miles were up a mountain, so I walked, and huffed and puffed. By the top my legs were jello so running down all of those switch backs was a real pleasure. It had rained the day before so there was ice everywhere, and lots of slippery leaves. This resulted in me tripping and in two instances totally wiping out. The people in front of me and behind me kept falling too so I didn't feel so bad, but I also did feel bad because it hurts to fall. I think I sprained my pinky finger catching myself, but everyone I ask says it looks normal. I also banged my knee on a root or rock or something hard. At mile 6 I told myself to drop out, but by mile 7, where you could drop out, I had convinced myself not to drop out, then mile 7.7 I was kicking myself for not dropping out. At that point my legs were alternating between feeling like jello or lead bricks. Since I was not having much luck getting my legs to work, and the tripping and falling kept happening, I decided to just switch my mind set to "I am hiking" and not "I am running a race, and sucking ass at it." The views were really great. You could see the lake and towards the end of the race you "hiked" past several water falls. People were very spread out by the last 4 miles so I was totally alone wondering if I was even going the right way, doubting all of my previous life choices.

The end of the race must have been designed by someone who really hates all people. You run up a road to the carriage house, then turn left and continue running up these old winding steps to get to the "Castle in the Clouds".  Charlie was waiting for me on the step, upon seeing him I immediately began to cry since the entire race had been very mentally and physically challenging. If I thought he would have said yes I would have asked him to carry me.  He walked with me to the finish line where I continued to cry until I forced myself to laugh at how stupid I was acting. 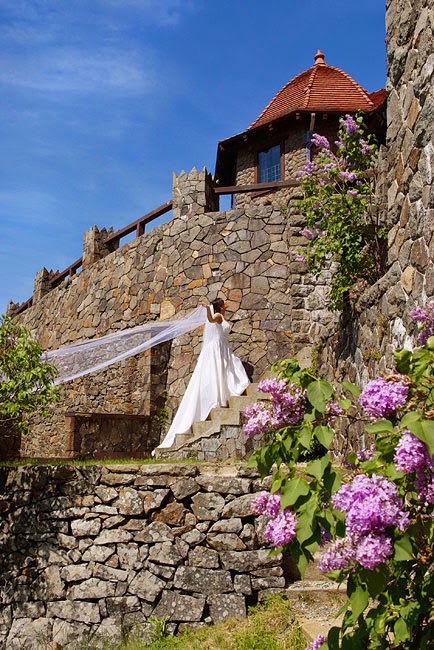 These are the stairs. I did not look .00001 percent as beautiful as this woman. At the finish line you have to turn around and walk your sorry butt back down the hill you just ran up. Seriously a sadists made this race up. Once we got back to the carriage house and met with our friends I sat down and was able to laugh about how seriously dumb the entire race was, and how delusional I was, and also how dumb it is that people willingly pay money to do this type of stuff. The after race food consisted of bagels, beer, whoppie pies and beef stew. The beef stew was all I could eat and was ice cold by the time I finished, so I took one bite and spit it out. Moral of the story is if you want hot food at the end of a race, run faster.

My new running friend had an excellent race so I gladly listened to her recant her success. Our other friend tried to run the 4 mile race but had an asthma attack and had to quit. Charlie finished 6th and "ran almost all of the race." Of the four or us two had a good race and two wanted to die. Pretty bad odds if you ask me.

There was nothing but ice cold soup to eat so we packed up and set out to find food. I wanted to get ice cream at Ben and Jerry's in Meredith, Charlie was sure they were closed for the season. After looking it up online my phone said that they were open and I convinced him to take us, but once we got there the sign said "closed for the season." Google, you let me down. Instead we went to a pizza place next door and I had hot chocolate and gluten free BBQ chicken pizza. Probably a (little bit) healthier choice. Once we returned home though I made gluten free brownies to eat with vanilla ice cream on top. Not healthy, but who cares, I "hiked" 12 miles. Get off my case. It was delicious #noregrets.

On Sunday I was quite tired but managed to force myself to rake leaves for 3 hours, hang out with the dogs and do laundry.

If you are wondering, I will not be doing this race again next year. Charlie said he would, he has issues. I'll go for a hike, take pictures of the pretty view and watch people try not to puke hiking up the last part of the course.

I have not signed up for any more races, so staying motivated this winter might be an issue. I am going to try to run (at least) one mile a day from Thanksgiving until New Years. I did it last year and only missed one day. Running helps me have an easier time skiing, so I'll have to remind myself of that when I don't want to go for a run.

I hope you had a less painful weekend than mine. What was the last really dumb thing you did?

Lauren
Posted by Lauren at 4:00 PM